Prosecutors have until Jan. 27 to object to the judge's pretrial release conditions. 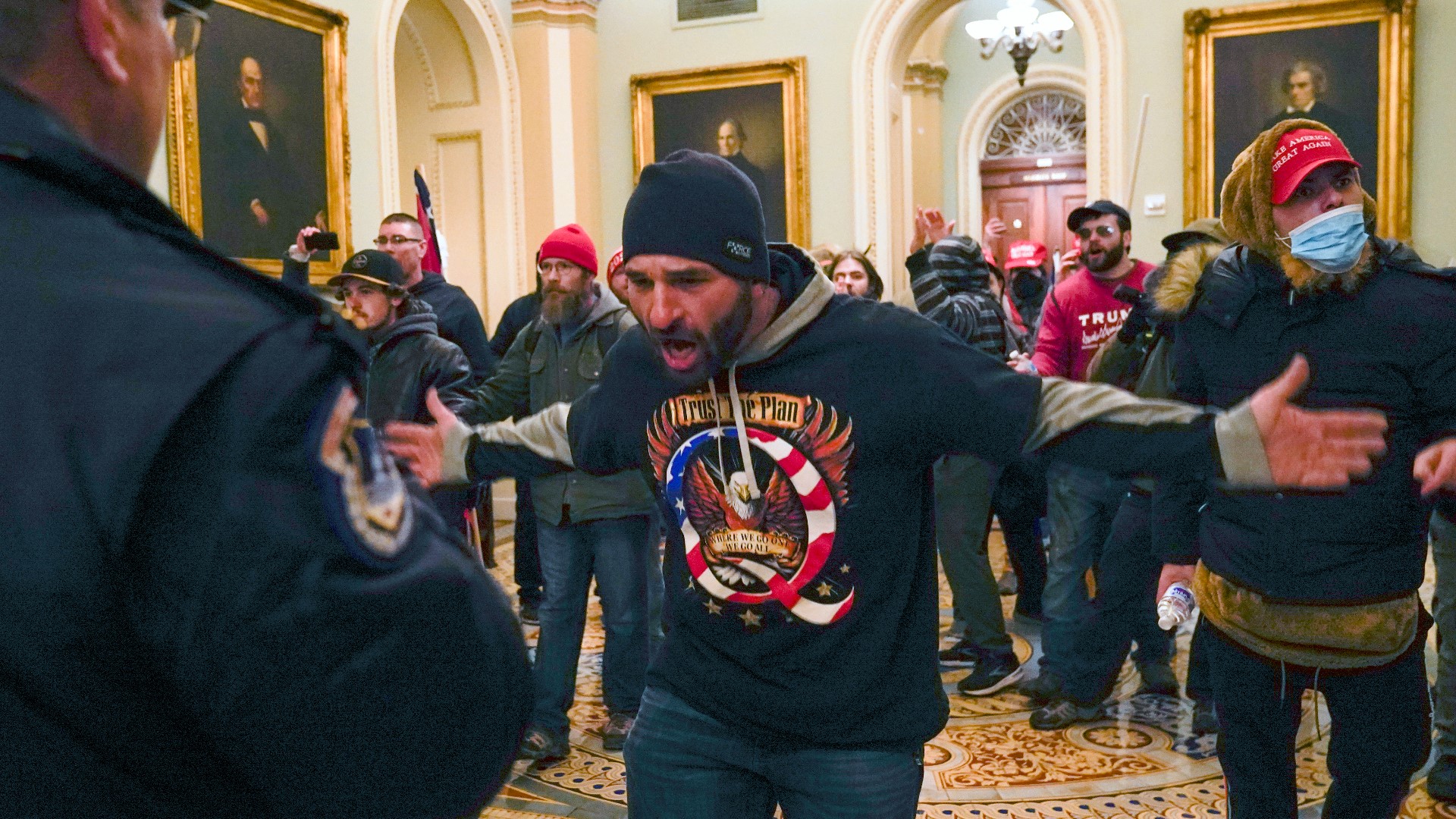 DES MOINES, Iowa — A Des Moines man charged in connection to the U.S. Capitol riots could be placed on house arrest as soon as next week.

Douglas Jensen has been charged with disorderly conduct and resisting Capitol Police Officer Eugene Goodman on Jan. 6, among other federal charges.

Judge Celeste Bremer issued a written ruling Thursday, saying Jensen's involvement in the riot and invasion of the Capitol building "is undisputed."

"However, the issue before the Court is whether any conditions of release would reasonably ensure the safety of the community and Defendant’s appearance, as required," she wrote.

"The Court finds that there is an appropriate combination of conditions of release, including a Third-Party Custodian, electronic monitoring, and home detention, along with supervision by the U.S. Probation Office that will reasonably assure the safety of the community and Defendant’s appearance. An Order setting Conditions of Release is entered separately."

Conditions of Jensen's release would include:

Jensen appeared via video from the Polk County jail for his second court hearing on Jan. 19. Prosecutors argued he was a flight risk and didn't respect law enforcement.

Defense attorneys said he has a life in Des Moines and voluntarily turned himself into authorities after he arrived back home from Washington, D.C.

Prosecutors have until Jan. 27 to appeal the conditions for pretrial release, at which time they will go into effect.

Jensen will appear next in federal court in Washington, D.C.