DES MOINES — A new stadium for high school and middle school football and soccer, as well as collegiate soccer, is coming to central Iowa. During a joint news c... 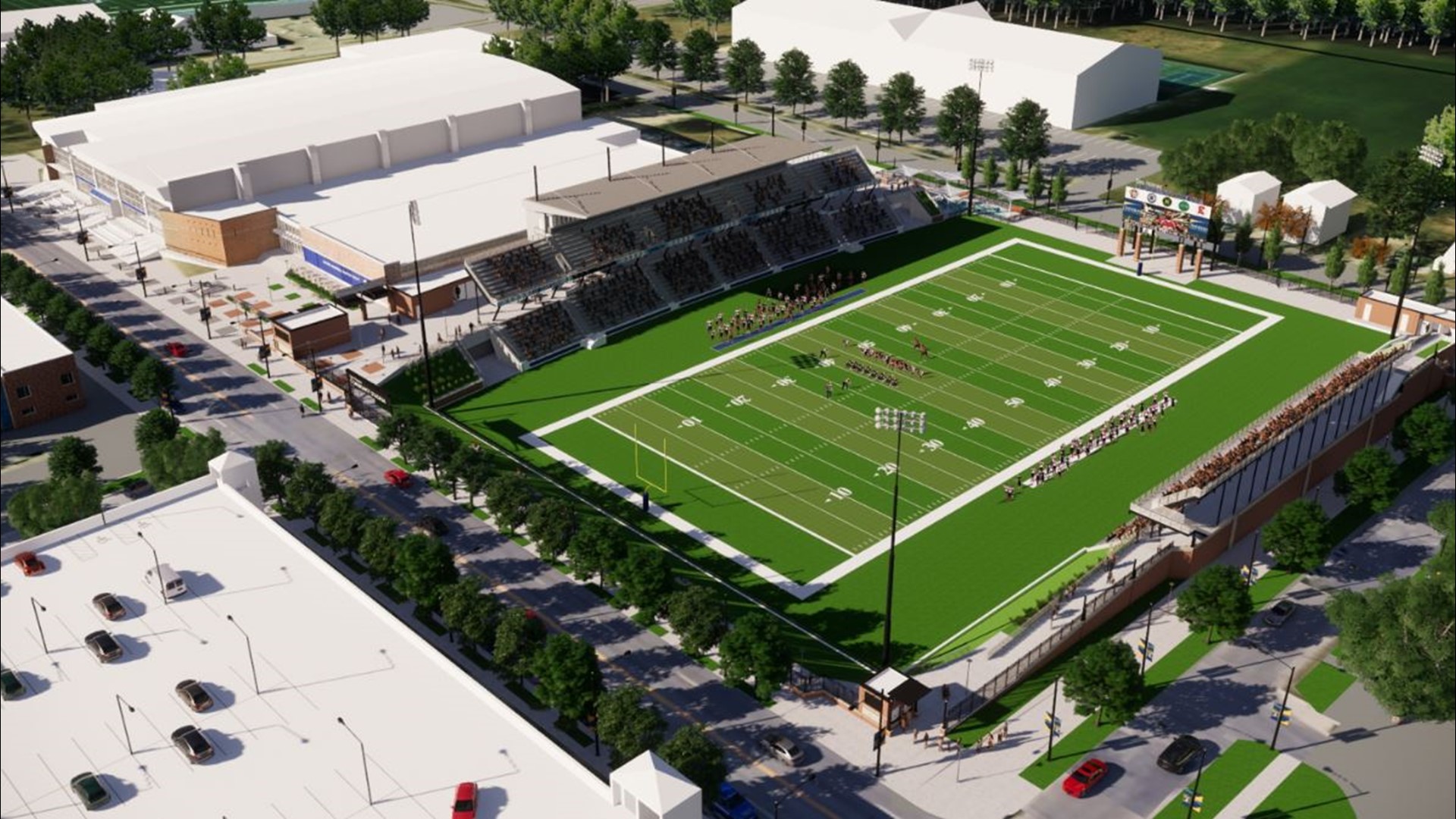 DES MOINES — A new stadium for high school and middle school football and soccer, as well as collegiate soccer, is coming to central Iowa.

The new facilities will be used for DMPS high school and middle school football and soccer games.

Hoover, Lincoln, North and Roosevelt High School could all play home games at the stadium, according to online renderings.

It will also be used as an on-campus home field for Drake’s soccer teams. Other school and community athletic activities may use the field, too.

“Our students in Des Moines deserve school spaces – from classrooms to artistic venues to athletic facilities – that are as good as any place in Iowa. Today’s announcement is a big step in our on-going work in realizing that goal,” Des Moines Public Schools Superintendent Dr. Thomas Ahart said in a statement. “Building on our historic relationship with Drake, this partnership is an efficient way to develop an exciting venue that will serve thousands of students each year, from our middle school activities and high school sports on through to college athletics.”

“This community stadium will be a dramatic and exciting step forward for the city and for Drake,” Drake University President Marty Martin said in a statement. “As an anchor institution for Des Moines, we are thrilled by the idea of welcoming even more young people to our campus, just as we are doing with our newly opened Gregory and Suzie Glazer Burt Boys & Girls Club. This wonderful new stadium will be adjacent to the Burt club, and further demonstrate our commitment to transforming lives and strengthening our community.”

During the news conference, Drake and DMPS officials stated that preliminary plans suggest the stadium will have a seating capacity of 4,000.

It will be located directly east of Drake’s Shivers Basketball Practice Facility.

Contingent upon fundraising, the stadium could also accommodate a “bubble” structure to activate the facility during winter months.

“The Drake Bulldogs are proud to be Des Moines’ hometown team,” Drake University Director of Athletics Brian Hardin said in a statement. “This new stadium will give our soccer programs a true home field advantage, and so it is a win not only for the Des Moines community, but also for our dedicated Drake student-athletes and fans.”

Officials say construction costs for the new stadium are estimated to total $19.5 million. It will be funded in part by Des Moines Public Schools, which has budgeted $15 million in sales tax revenue for the project.

Drake University says it will donate the land for the stadium to the school district, as well as manage the stadium once it opens. Drake will also be conducting a fundraising effort in support of the stadium in the near future.

The Des Moines School Board will be taking action on the project at its upcoming meetings. Preliminary plans call for the stadium to open by the summer of 2021.