DES MOINES — A beloved Des Moines theater teacher now has his full-time job back for next year. Micheal Davenport was told last week that there would not be a f... 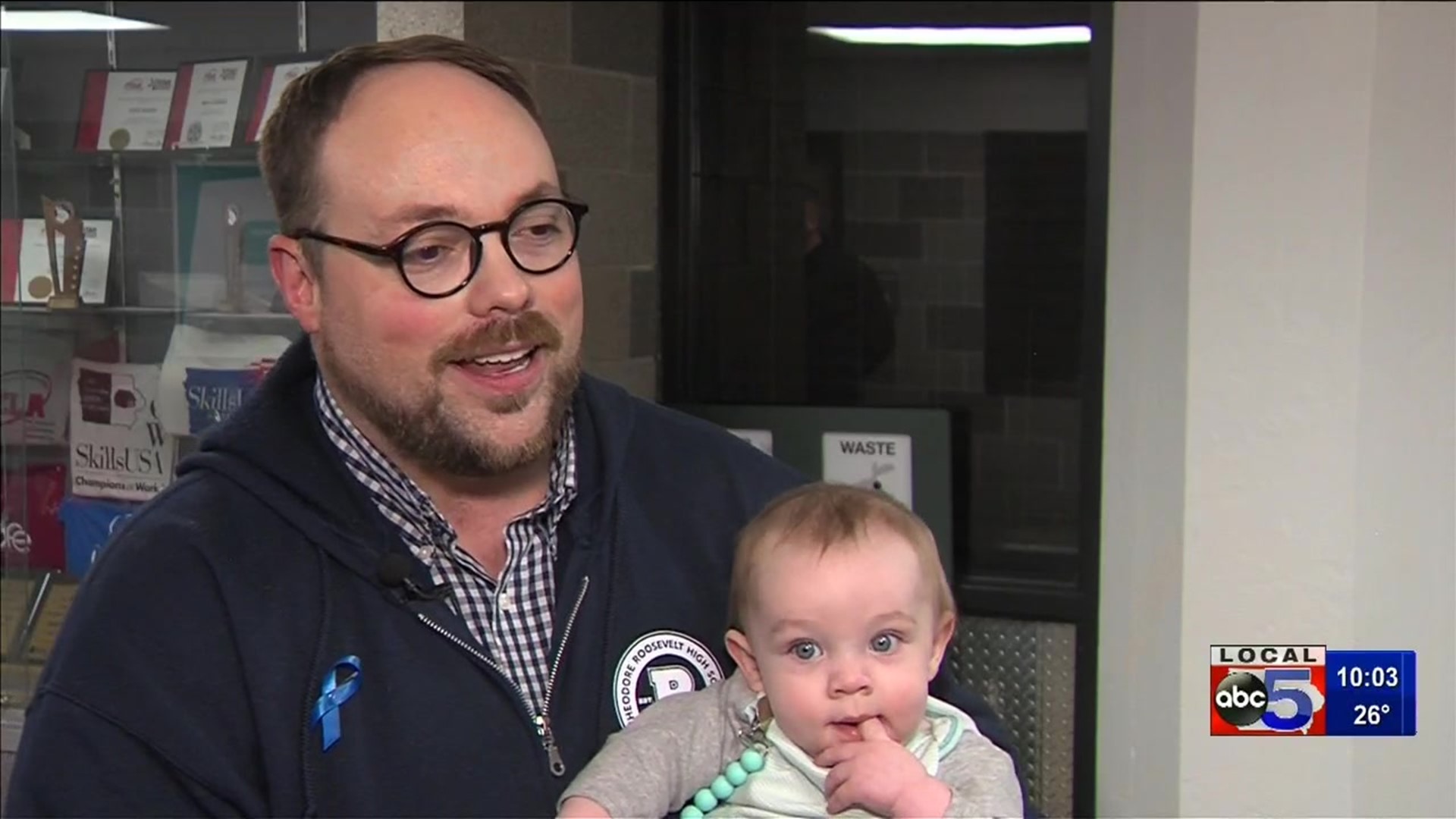 DES MOINES — A beloved Des Moines theater teacher now has his full-time job back for next year.

Micheal Davenport was told last week that there would not be a full-time position offered to him for the 2020-2021 school year, due to low enrollment numbers in theater classes. He said school officials changed their tune after a student protest and petition had huge success.

Last Friday, February 14th, Roosevelt senior Tyra Tillman said she began planning what she called an “underground” protest–spreading it through Snapchat and a dedicated Instagram account.

“In just a day…the Instagram already got like so many likes and so many shares,” said Tillman.

Tuesday morning, despite administrators calling an end to the protest just a couple hours before it was scheduled to take place, a crowd of students walked out of class, megaphones and signs in hand, to protest Davenport’s situation and any cuts to the arts department in general.

“About an hour afterward, I had a meeting wherein it was explained to me that there may have been a misunderstanding, a big miscommunication, said Davenport. “And through students’ voice, I did get offered full-time employment.”

Later Tuesday evening, at the Des Moines Public Schools Board meeting, students from Davenport’s theater department, who had initially planned to make a plea to keep their beloved teacher full-time, instead used their time to ask for no further cuts to the art department.

He will return full-time to Roosevelt High School for the 2020-2021 school year, as a part-theater, part-social studies instructor–a position which he says he’s “ecstatic” to have.