EARLHAM — The last week has been emotional for the Earlham Cardinals football team. They locked up a playoff spot and home field advantage, but Friday night was... 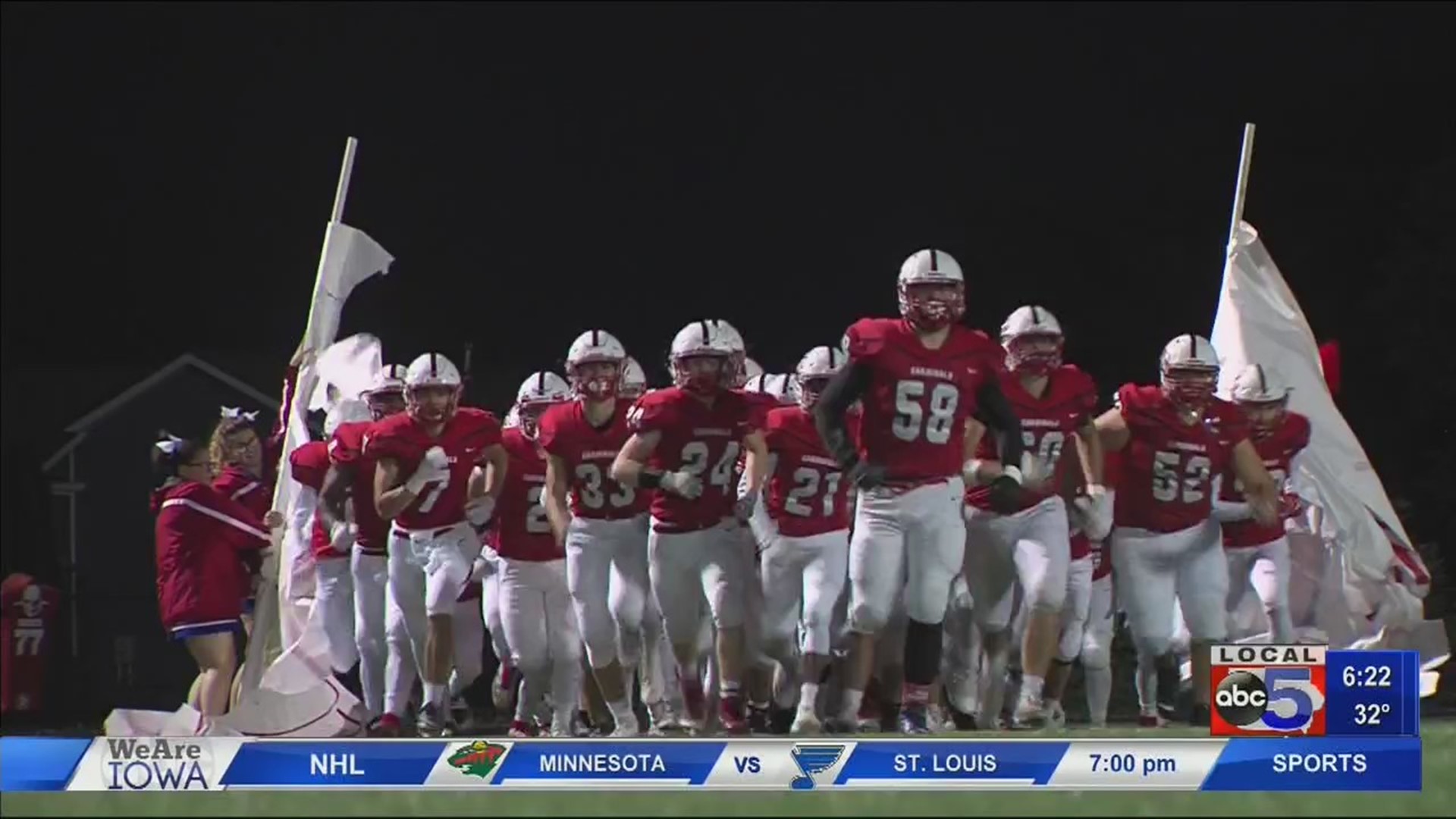 EARLHAM — The last week has been emotional for the Earlham Cardinals football team. They locked up a playoff spot and home field advantage, but Friday night was truly as bittersweet as they come for the Cardinals.

Week 9 was the final game of the regular season and senior night for Earlham. It was a celebration of the great careers that group has had over their four years as Cardinals.

It was also a somber night.

“It was just tough I know a lot of our players were playing for his family and it was just nice to know we had him on our side,” senior Grant Carter said.

24 hours prior, the Earlham community lost Canyon Hopkins, better known as “Moose”, after a battle with a rare form of soft tissue sarcoma.

Hopkins graduated from Earlham in 2016, but whether it was while in high school or even in college, Moose seemingly left a positive impact on every one he met.

“I played baseball with him my 8th grade year and I met him, it’s been nice to know him. He was a big influence on me at the beginning of my career and someone I looked up to,” senior Alex Caskey said.

Hopkins’ loss resonated through the team. Maybe no more so than with running back Caleb Swalla, who put up the moose antlers following this touchdown run on senior night. A tribute to his friend.

“Just seeing him do that, it meant a lot,” coach Caskey said.

“When I threw up the moose antlers it hit me pretty deep, but yeah, I just went out there and played for him,” senior Caleb Swalla said.

So as the Cardinals take the field in Earlham Friday for their first round playoff game, Swalla said, “you got a little more adrenaline I guess going for this game knowing it could be your last one ever as a high school athlete, so you definitely are a little more fired up for it and ready to go.”

They know Moose would want them ready to roll. “He’d get on us, he’d be fired up for sure,” Swalla said.

Canyon played two years of college basketball at Buena Vista University and was honored with his degree by the university president two weeks ago.

There will be a celebration of life at Earlham High School on Sunday at 2 p.m.