Election sparks many to become US citizens

Many people are ready to participate in their first U.S. election. 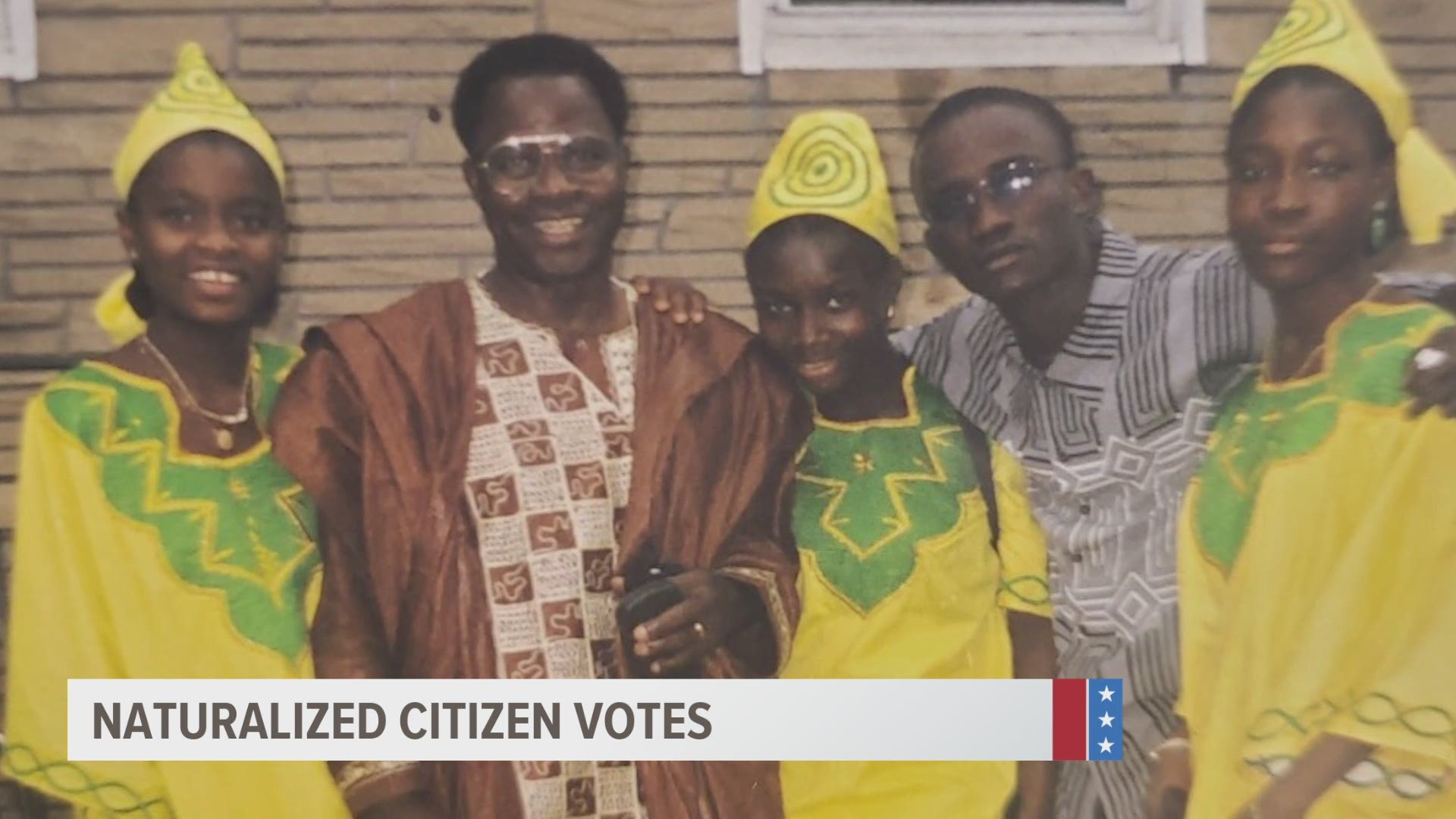 JOHNSTON, Iowa — This election year has inspired many to become United States citizens.

Local 5 spoke with Mercy Beakoi, who has been in Des Moines since 2012. She, recently, became a naturalized citizen and has already voted in the 2020 presidential election.

“I’ve always wanted to vote," said Beakoi. "This year, was one of the greatest years where I’m counted as one of the important people of the United States of America!”

Beakoi is an immigrant from Liberia. She came to the United States with her family for better opportunities.

“Regardless of who I voted for, no matter if they win or not, my voice was counted as one of those important voices," Beakoi said.