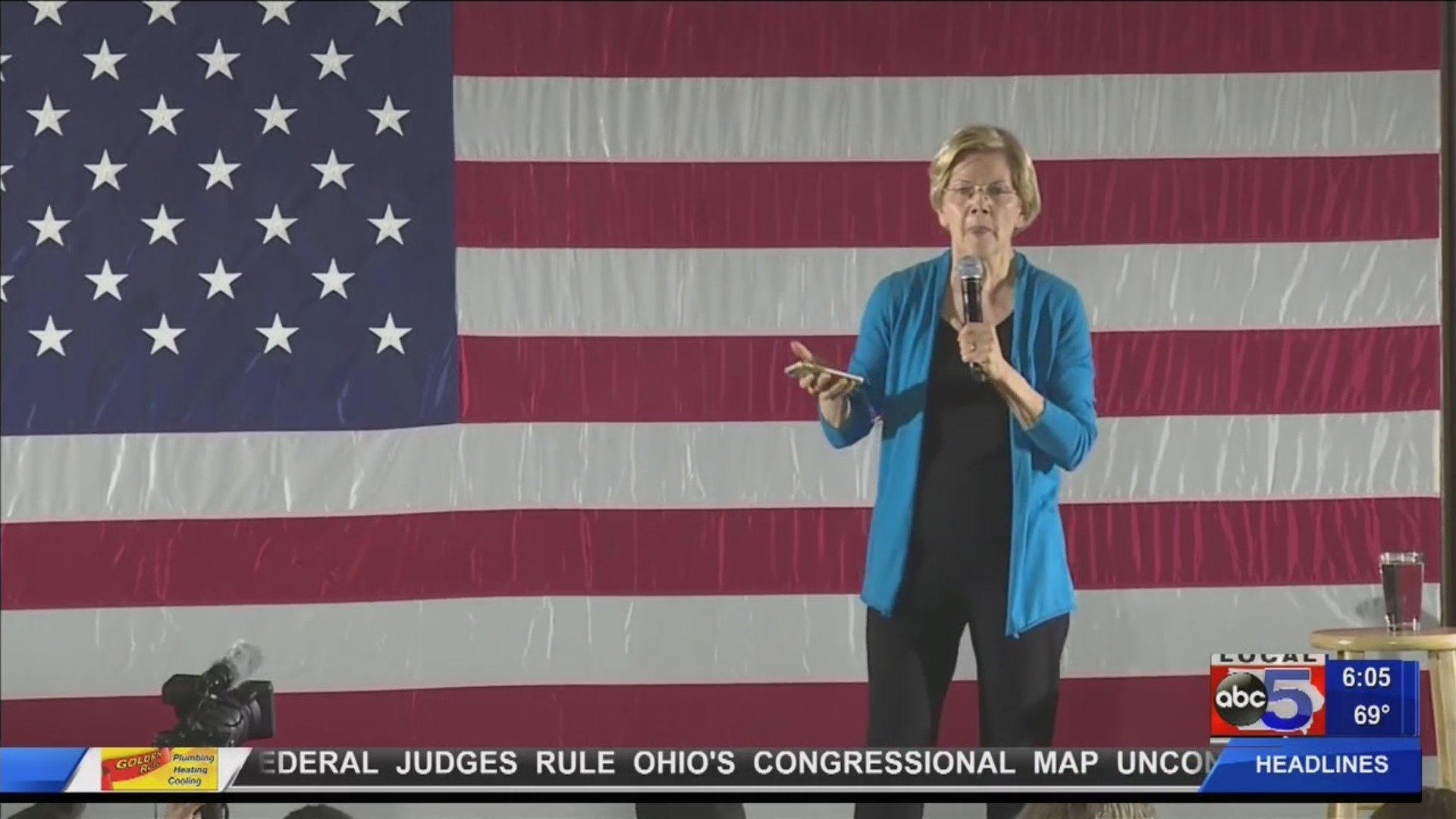 While at an event on the Iowa State University campus, Warren spoke about her idea to cancel up to $50,000 in student debt for anyone from households earning less than $100,000 per year.

Warren says her loan forgiveness plan would be paid for by her proposed wealth tax.

Her campaign estimates the one time debt cancellation would cost $640 billion.

Warren also wants to make tuition free at public two and four-year colleges for all students, regardless of their family’s income.