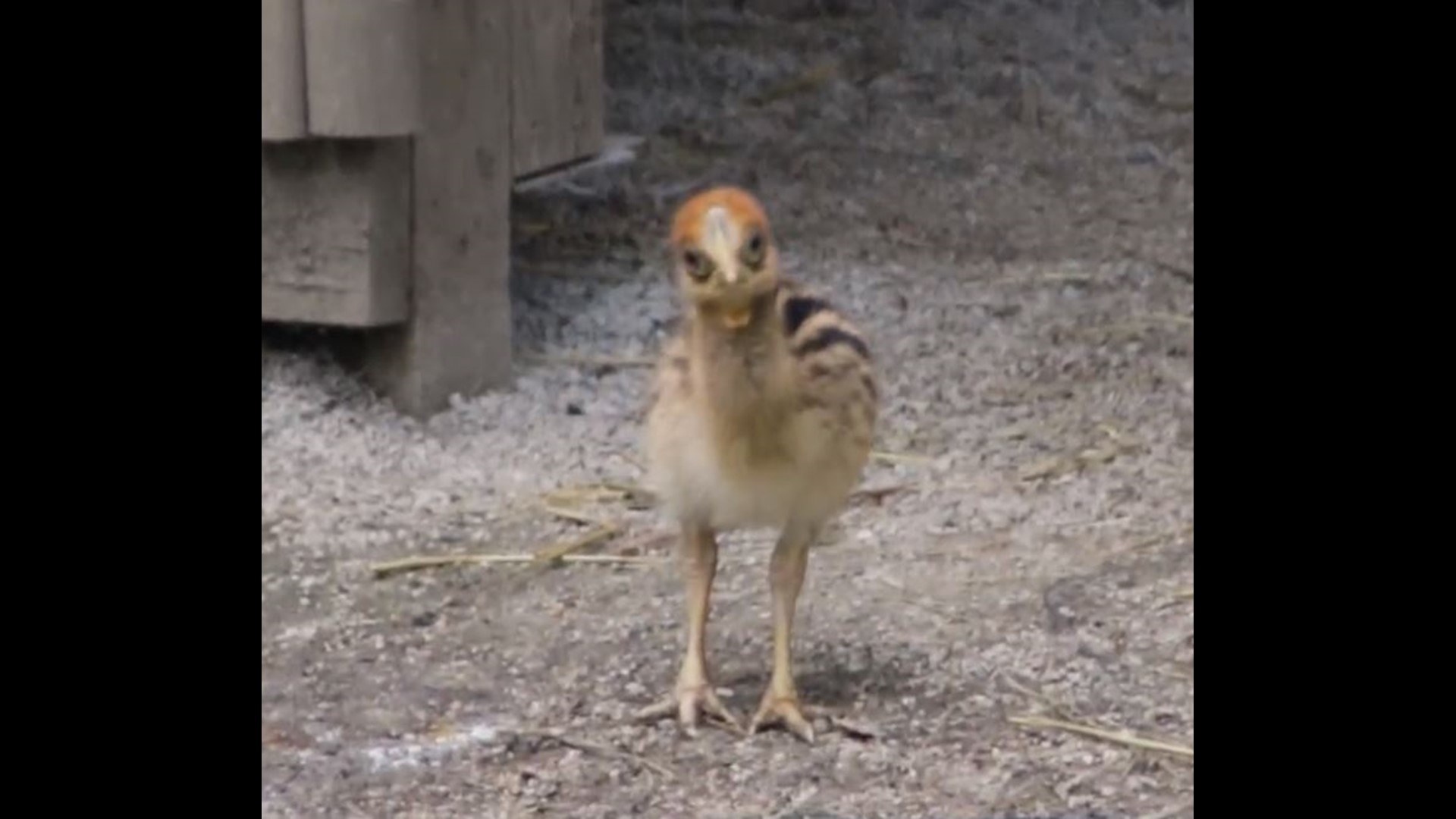 The chick, born weighing 300 grams, now weighs over 450 grams. The chick’s birth marks the first successful hatching of a southern cassowary chick at Blank Park Zoo since the zoo opened the David Kruidenier Australia Adventure in 2011.

“It’s really exciting to have our first chick hatch,” said Bird and Reptile Supervisor Megan Stegmeir. “The cassowary is endangered in Australia and they are part of the species survival program, so this is special for not only Blank Park Zoo but also for the species.”

A blood test has been conducted to determine the sex of the chick, but results are not known at this time, according to the zoo.

The chick’s parents are Sydney (mother) and Big Bird (father).

The father incubates the eggs and raises the chick. The chick can be seen daily following its father around the cassowary habitat and has access to a behind-the-scenes indoor area if it needs some time away from the visiting public.

Like an ostrich or an emu, the cassowary is a ratite, a large and flightless bird. Cassowaries are known to be aggressive and keepers use some of the same safety protocols as much larger animals such as rhinos and lions.

• Cassowaries are solitary animals and only socialize during breeding season

• Cassowaries were once plentiful in Australia, but deforestation has caused a decline in their numbers

• Cassowaries do not form permanent bonds and a female will mate with several males during mating season, laying a clutch of three to five eggs for each father to incubate

• A chick will reach maturity in about three years

• The southern cassowary has a median life expectancy of 26 years.