Ethan Kazmerzak's 2006 Volkswagen was found submerged in water outside of Hampton. He has been missing since 2013. 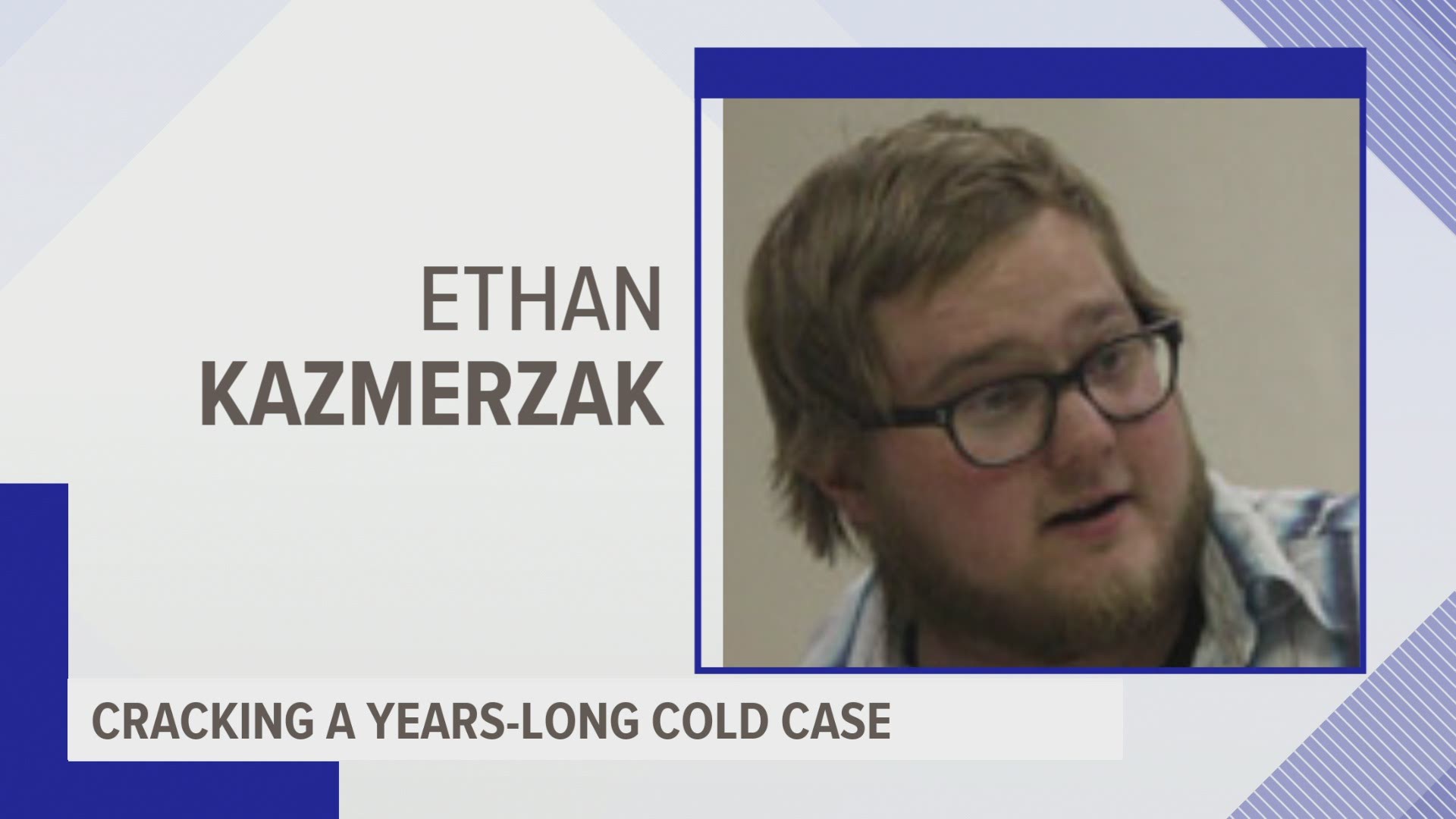 HAMPTON, Iowa — Human remains have been found in a car submerged in water near the city of Hampton, according to Franklin County Sheriff Aaron Dodd.

The 2006 Volkswagen was owned by Ethan Kazmerzak, who went missing in September 2013.

The remains have been sent to the State Medical Examiner's Office for identification.

Kazmerzak was last seen on Sept. 15, 2013 near the body of water that a dive team found his car in Monday.

"The entire community's heart went out to the efforts put toward [Ethan Kazmerzak's] recovery, and the peace it brings to his family," Dodd said.

According to the sheriff's office, the body of water had been searched through twice to find any evidence of Kazmerzak.

It was Kazmerzak's family that contacted Adventures with Purpose, an Oregon-based dive team, who reached out to the local landowners and used sonar equipment to locate the car.

They then got in touch the law enforcement to complete the recovery.

Dodd said the Oregon crew had more up-to-date equipment since the last search on that specific area was several years ago.