District 37, which covers a portion of Ankeny, is vacant after John Landon's passing last week. 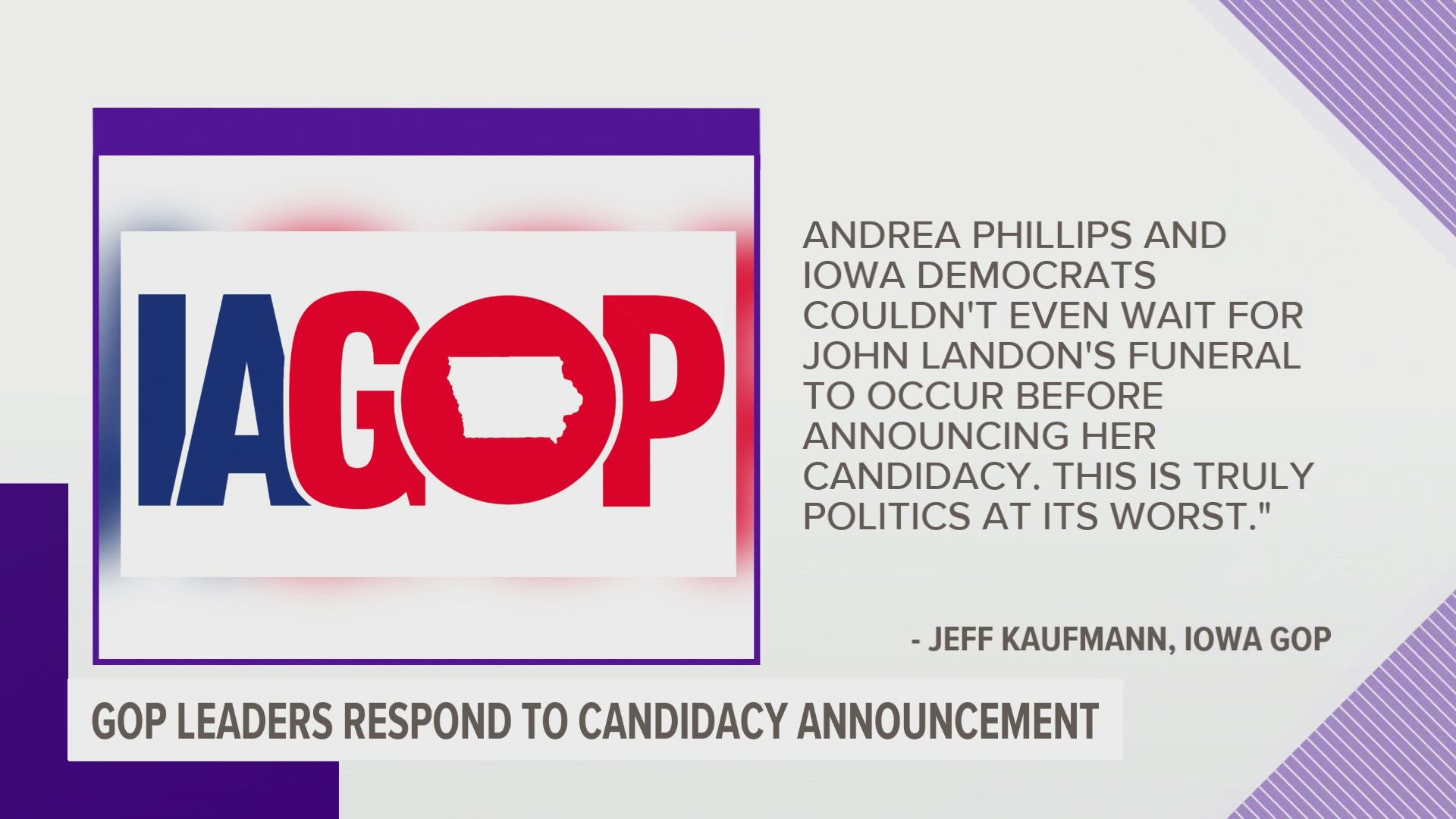 John Landon represented the Ankeny area since being elected in 2012, until his death last week. He defeated Phillips in the general election in 2020.

"The family of John Landon is hurting and Ankeny residents continue to mourn the loss of their local legislator," the Republican Party of Iowa said in a statement. "Meanwhile, Andrea Phillips and Iowa Democrats couldn't even wait for John Landon's funeral to occur before announcing her candidacy. This is truly politics at its worst."

The Republican incumbent came out on top by about 1,800 votes last November, a margin of 3.2%.

Landon passed away on July 29. The cause of death was not released by Landon's family.