Family mourns after grandfather visiting from Mexico dies from COVID-19

One local family has seriously felt the effects of coronavirus as several family members have tested positive. 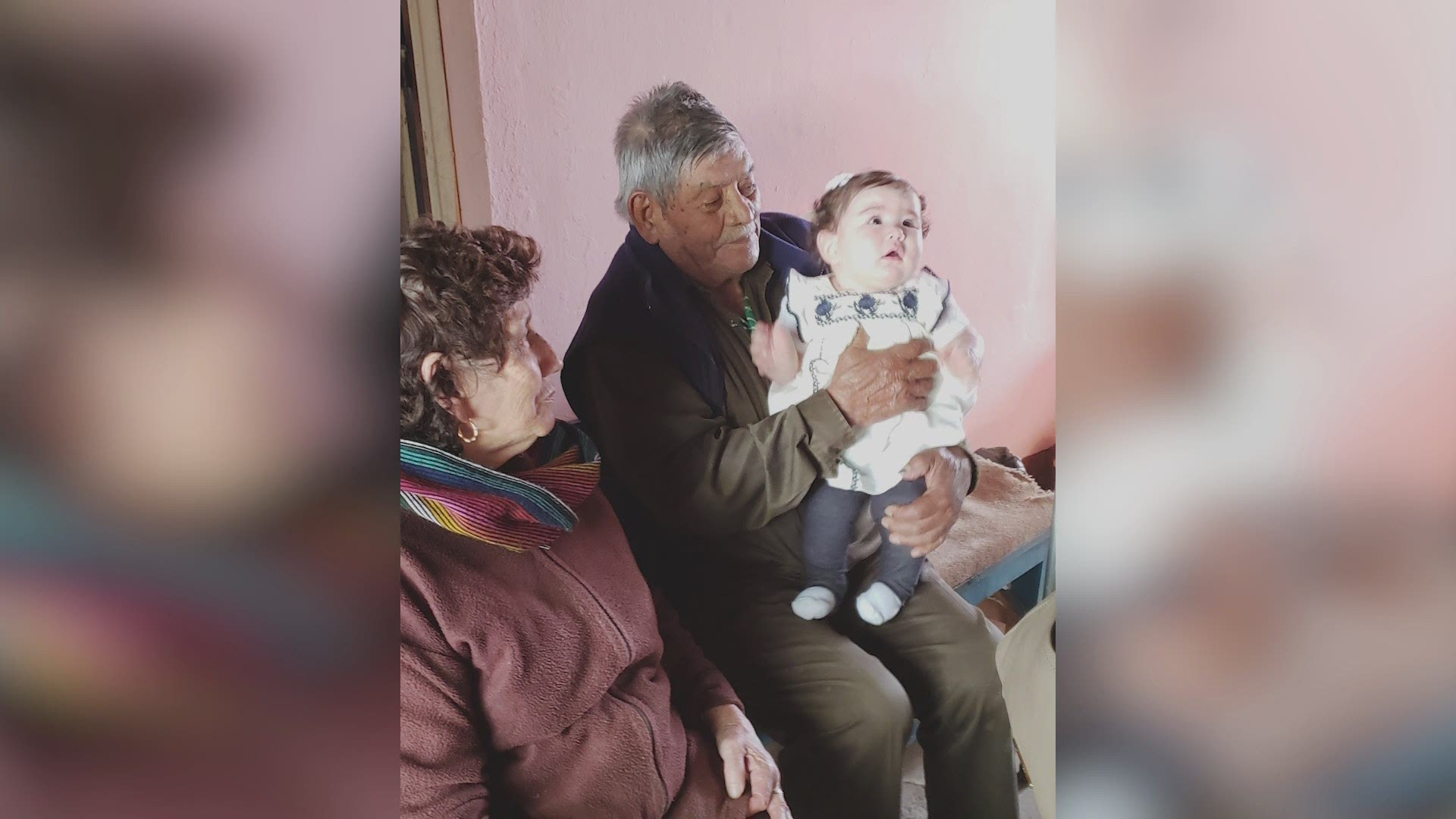 MARSHALLTOWN, Iowa — A Des Moines mom has lost one family member to COVID-19 and two others have been hospitalized.

Local 5 spoke to the Guevara family to tell the story of what they have gone through and the message they want the public to hear.

The past few months have been a roller coaster for Veronica Guevara and her family.

"I finally feel like i can catch my breath," Veronica said.

After two trips to urgent care, Olga ultimately ended up in the hospital on April 18.

She had pneumonia and COVID-19.

"She didn't have energy levels to answer the phone or text us or anything," Veronica said.

After a week, Olga started to get better.

"We were really, really fortunate that she, you know, started improving so much that she was able to be discharged. On i believe, Sunday the 25 and we were like, okay, we can breathe," Veronica said.

But the day after Veronica's mom got out, her grandma and grandpa, Guadalupe Castillo and Jose Guevara, got admitted.

"When I called the nurse to check on them. she was like, oh, they're my favorite patients right now. Like they're bickering all the time and arguing about things. And she's like, I have no idea what they're saying. But you know, they're just like, such a cute couple. And I was like, okay, so then they're okay. If they still have the energy levels to bicker than I think they'll be okay," Veronica said.

Guadalupe was released after just four days in the hospital.

But Jose's breathing got worse.

"I mean, he just, within a couple days just started going downhill really fast. And so they sent him to Waterloo, because they were worried that he would need a ventilator. And they didn't have any ventilators in Marshalltown," Veronica said.

A month after being transferred, Jose took his final breath.

"My dad and my uncle were able to be there with him as he passed away, so we were really grateful for that. But it was just a an awful experience," Veronica said.

Jose and Guadalupe were just visiting family in America.

They're originally from Mexico.

"She never expected to go back home alone," Veronica said.

As COVID-19 cases spike across the country, Veronica asks you to remember people like her family.

"You might think you're perfectly healthy and you know, you don't have any conditions, but you just don't know how it's going to affect you. And I think that's it's just, it really varies from person to person," Veronica said.

Health experts are warning about the risk of prolonged grief disorder among people who lose loved ones.

Also known as complicated grief, it's characterized by preoccupying thoughts and memories of the deceased, as well as emotional pain that impacts everyday life.

It can last at least six months and is different from normal bereavement, which can still be painful and overwhelming.

People are more likely to develop it if they have a history of prior trauma or loss.

RELATED: 'We saw a lot of loneliness and a lot of sad people': Technology keeping hospitalized patients connected