Family loses home to derecho 10 days after moving to Iowa. Here's how you can help.

Allison Million and her fiancé Damon Mason moved to Marshalltown from Lincoln, Nebraska 10 days before the derecho hit. Now, they are living out of a hotel.

MARSHALLTOWN, Iowa — 13-year-old Landen Soice sat in the back of his family's truck Tuesday, next to his twin sisters, who were both in tears.

They sat in the parking lot of the Microtel in Colfax, which for now, has a hotel room they call home.

"I thought it would actually be a great place to stop here and settle down and get a new home," said Landen of his family's move to Iowa.

Just 10 days after unpacking from Lincoln, Nebraska into a mobile home park in Marshalltown, Landen's family's home was destroyed by the derecho.

Their mother, Allison Million, is beside herself.

Credit: WOI-TV
Tuesday, Landen Soice and his twin sisters, Ava and Aaliyah Million, sat in the parking lot of Microtel in Colfax. 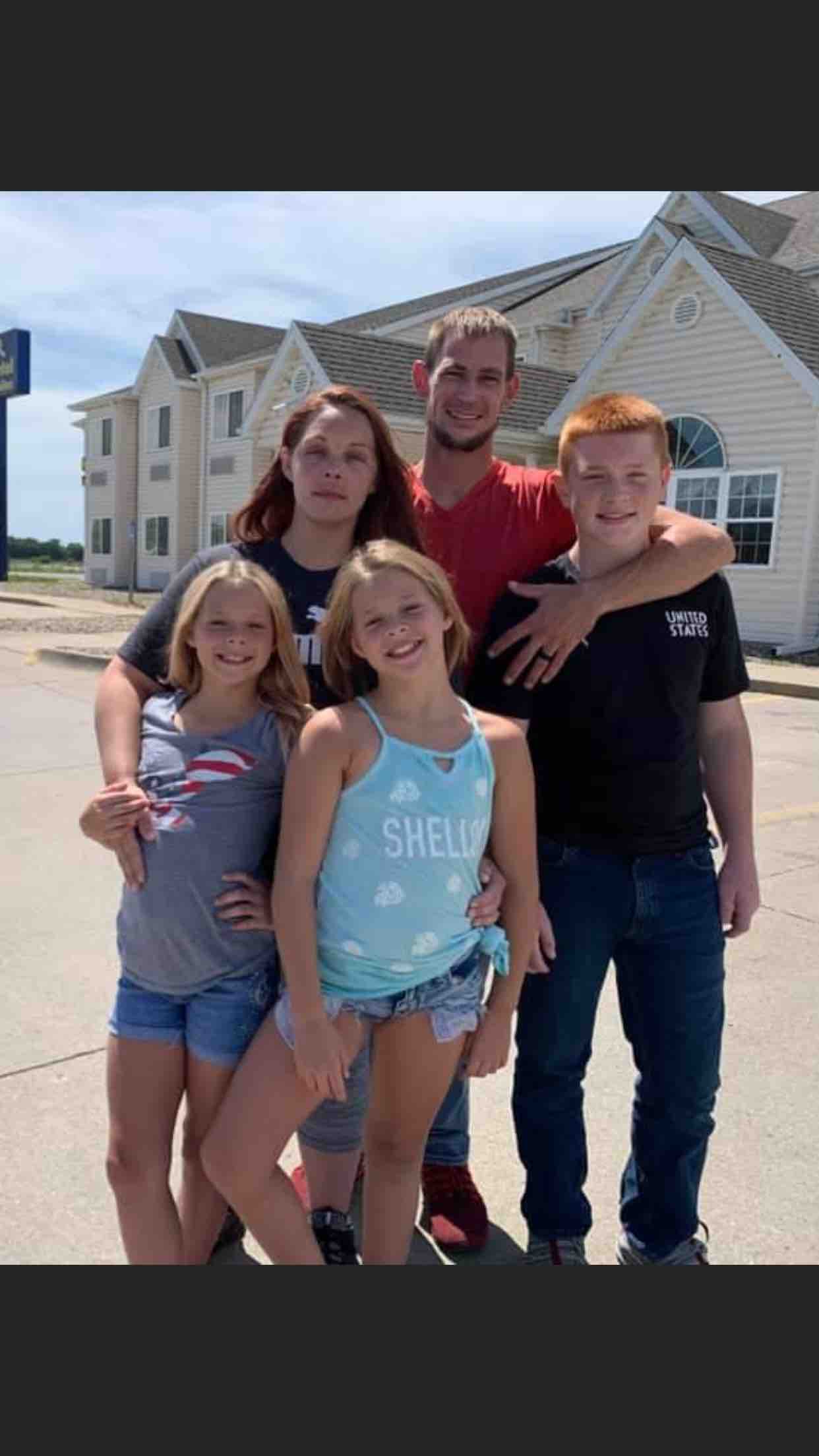 Family of 5, Derecho,Homeless organized by Allison Million
Become the first supporter People have raised more money on GoFundMe than anywhere else. Learn more In the rare case that something isn't right, we will refund your donation. Learn more Contact us with your questions and we'll answer, day or night. Learn more

Now, Million is just thankful to be alive to hug her children.

"We had to climb out the window to get out of our trailer," she said. "I thought I was gonna die in there."

You can support their GoFundMe here.

Now, they're living out of a hotel as they await a home to rent. And Million is working tirelessly until she finds one.

"I wake up every day at 8 a.m. and just start making phone calls," Million said.

For now, they are looking for a home to rent in Marshalltown that fits the following qualifications:

Donations for food or gas money can be sent to Venmo at Allison-Million.

Or, you can donate via GoFundMe at this link.

Gift cards or monetary donations can be sent to their mobile home's mailing address, where mail is still being sent: