Fans celebrate the return of the Cy-Hawk game

Love for the game and hate for the other side—Saturday's matchup brought out the full range of emotions. 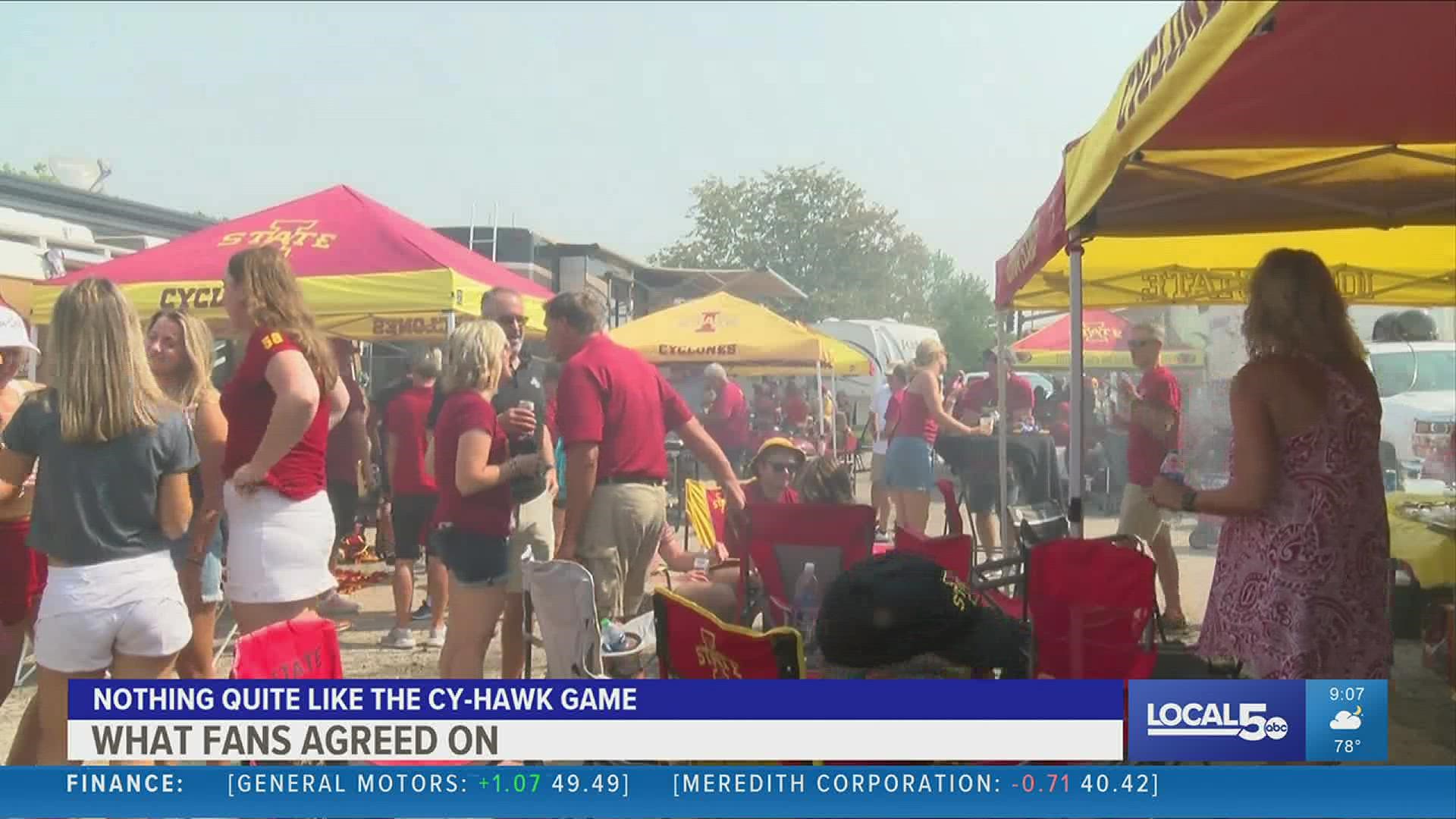 AMES, Iowa — It's a matchup for the ages: Iowa State vs. the University of Iowa. For sports fans in the Hawkeye state, it may as well be the Super Bowl.

And what better way to celebrate the sporting event of the year than with a visit from ESPN? For the second time in three years, "College Gameday" was back in Iowa—and fans were loving it.

"Ames is rocking right now. Love game day. It's all about the people," said Matt Richter, another Cyclone fan.

There was plenty on the line for both teams. Iowa State ranked 9th going into the matchup, Iowa 10th. And fans were rearing to see who'd come out on top in the rivalry this year.

Despite the heated competition, there was one thing that everyone in and around Jack Trice Stadium could agree on: There's no day like CyHawk game day.

"It's fun, the rivalry between each other, you know, giving each other crap back and forth," Rylie Coppola, a University of Iowa fan.

Rylie went with her cousin, Allison Coppola, who was cheering for the red and gold.

"But at the end of the day, we all love each other," Allison said.