DES MOINES – Divorce proceedings can be heartbreaking for everybody involved. Especially when kids can caught in custody battles. 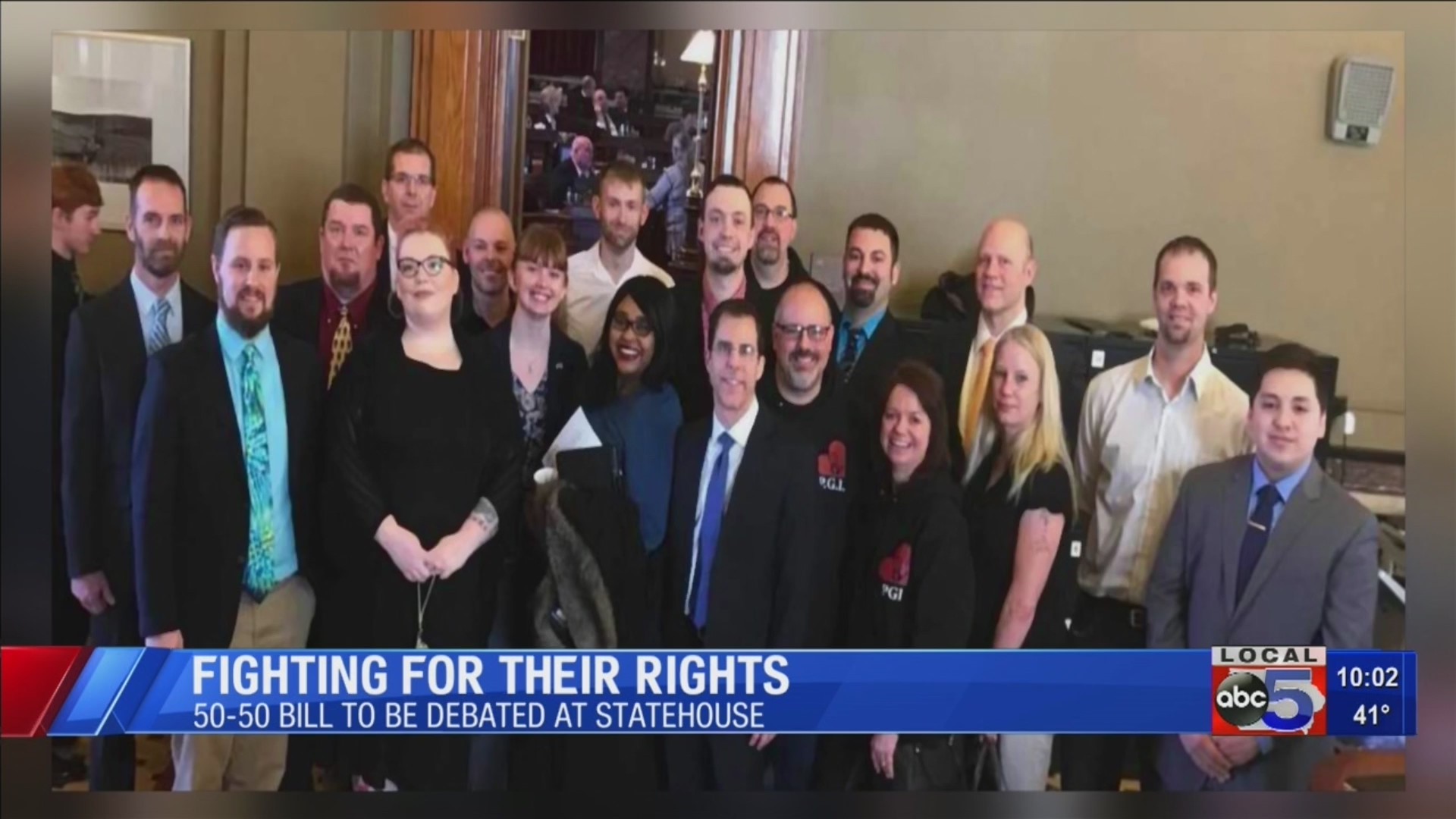 DES MOINES – Divorce proceedings can be heartbreaking for everybody involved. Especially when kids can caught in custody battles.

The Senate is set to debate this 50-50 parenting rights bill as soon as this week. If it’s passed, that would mean parenting duties and costs would be split right down the middle from the start. This is something fathers have been fighting for nearly two decades.

“We’ve been doing this for so many years. I think a lot of legislators are starting to realize, “Hey, there’s something here, otherwise why would this group keep coming back year after the year. Are the courts not doing their job?“ said Bryan Iehl, president of Iowafathers.org

Iehl went through a divorce and had to fight to get his kids half the time.

“I found out firsthand exactly how the court system treats dads, and it has a bias toward fathers, no doubt about it,” he said.

Even though he can see his two kids now, he says it’s drained him. He’s not the only one either.

It’s why every year, Bryan, Nick Dreeszen and dozens of Iowa dads meet with Iowa lawmakers to ensure others don’t have to feel that same pain.

“Moms are great for raising children in some certain ways, and dads are great in others. You really need both parents, and that’s really what this is about,“ said Iehl.

“This is not a partisan issue,” said Sen. Brad Zaun. “Last year, it passed through the Senate 50-0.“

Zaun introduced the bill after it failed to go anywhere in the House in 2018. At its core, a battle for equality.

“I wanted to make sure that all of the safety components and safety nets are still in consideration whenever you enter into a court room,” he said.

Ideally, Zaun says the law would put the parents on equal footing, and split their duties 50-50. But some legal experts think kids like Bryan’s would not benefit.

“I think it would really impact the children the most and not in a great way,” said Tyler Coe, an attorney.

“If it does get passed, I think the implications are that cases would be resolved much faster. We would have child cases that we could get to at a much faster, cheaper rate,“ says Dreeszen.

But Coe says what’s supposed to ease friction will only elevate it.

“It could also create tension if one parent has to dissuade the court from awarding shared or joint physical care, they may have to sling more mud at the other, and that’s something as divorce attorneys that we don’t want,” said Coe. “The last thing that people should be doing is spending more and more money on attorneys, when they can be diverting that money to their family to their children.”

Still, it’s a fight parents will continue to push for until lasting change is real.

“When you have two parents that are fit, willing and able, and you’re taking away one of the fundamental rights of their children, they are going to fight like crazy over that,” said Dreeszen.

Coe cautions if this bill goes through, it would increase people’s time in court. Plus, there could be a spike in attorney fees. He added people will file more motions for temporary, or final motions, to either receive or deny access to children.