The Polk County Sheriff’s Office got more than 8,000 applications for permits to carry from January until June of this year--more than double of this time last year. 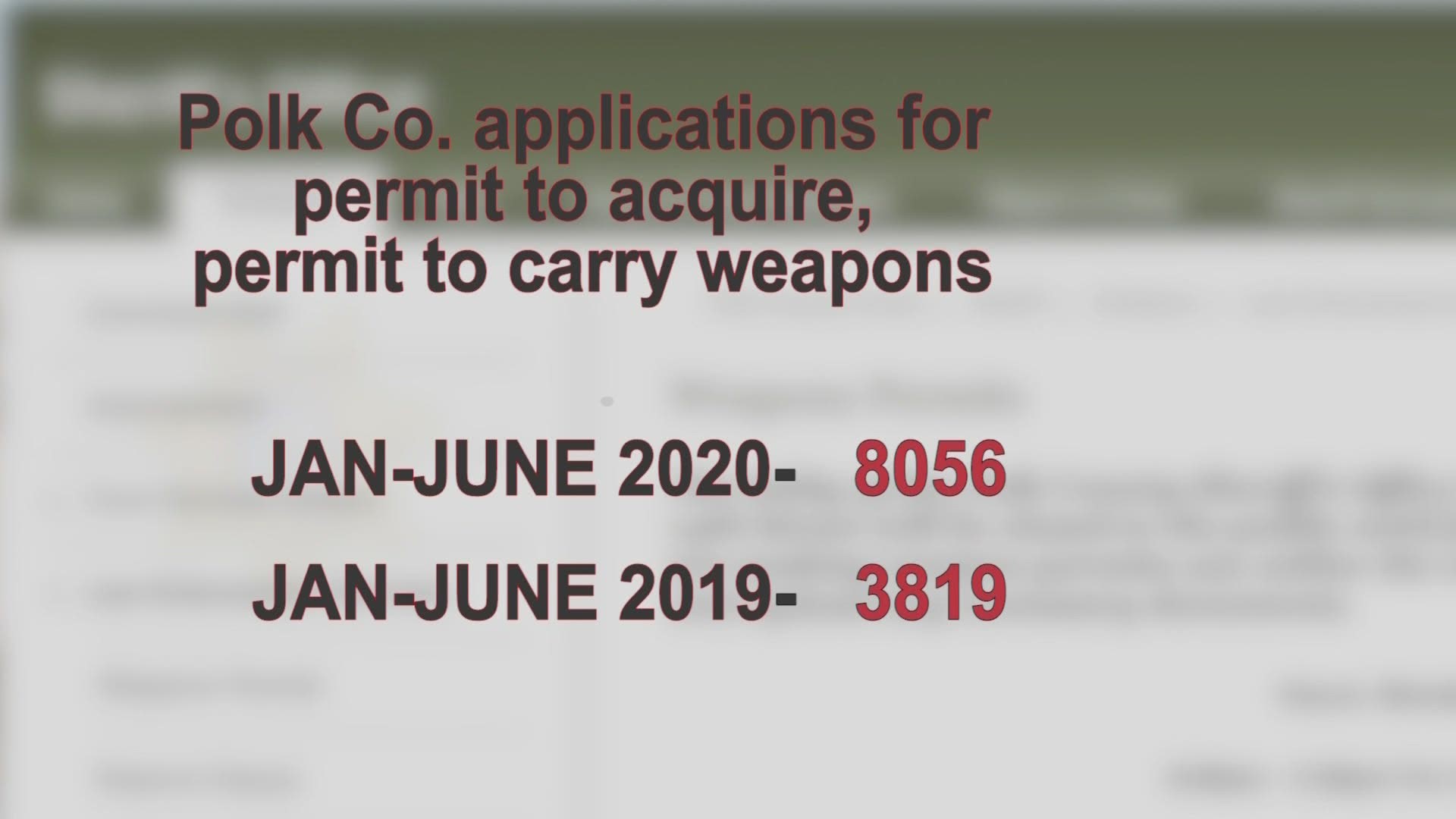 DES MOINES, Iowa — As the coronavirus has swept over our state, hurting so many in both health and income in the process, there's one industry that's been flourishing almost the entire time: gun shops.

Back in April, very early on in the pandemic, we met with Mike Sporer, owner of JLM Gun Shoppe in Urbandale, who said business was booming at the time.

Now, three months down the line, Sporer says things have only continued to skyrocket, largely thanks to first-time gun buyers.

Sporer also says he tends to get a lot more business during election years.  According to him, it's because people are afraid the person who wins will tighten restrictions or even impose a ban on weapons.

Even with that in mind, he says he's never seen business like this in his nine years of gun sales.

"This has been everything," Sporer said.  "Rifles, shotguns,hand guns... anything they can get their hands on."

One local first-time gun owner from Indianola, Jenn Chess, says her reason for buying was a sense of uncertainty and civil unrest she felt, largely due to the violent protests that have been going on the last several weeks.

"Talking about defunding the police is scary! Because it’s a phrase right now, but nobody knows what it really entails," Chess said.

According to Sporer, most of the first-time buyers he's sold to in the last month or so seem to feel the same way.

"There's a lot of forces at work, but there's just a lot of uncertainty," Sporer said.  "The riots really got a lot of people purchasing guns."

The uptick in sales also saw an uptick in permit requests from local law enforcement.

From January 1st through the end of June of this year, the Polk County Sheriff's Office received more than 8,000 requests for permits to carry, which is more than double what that time frame saw last year.  He says some people requesting permits for the first time aren't familiar that the process takes more than 24 hours.

"I think some people expect the permit to be provided the same day that they do it. Obviously, that’s not gonna happen," Lt. Jeff Rullman said.

"They just have to wait for time for us to process that application, get the information for the printing process could take a couple weeks, maybe up to a month."

After buying a gun for the first time, Chess says she does feel safer.  But she says it's not the fact that she has a gun, or that she has a permit, that makes her feel that way, but the training she did before she got it.

And training is something Chess believes all gun owners need to have.

Preview of my story tonight: applications for Permits to Carry more than double this year, compared to this time last year. Talking with first time gun owners, gun shop owners, and the Polk County Sheriff’s Office