Flash Floods of 2018: Where do we stand, two years later?

Two years have passed since the devastating flash flooding in the Des Moines metro. 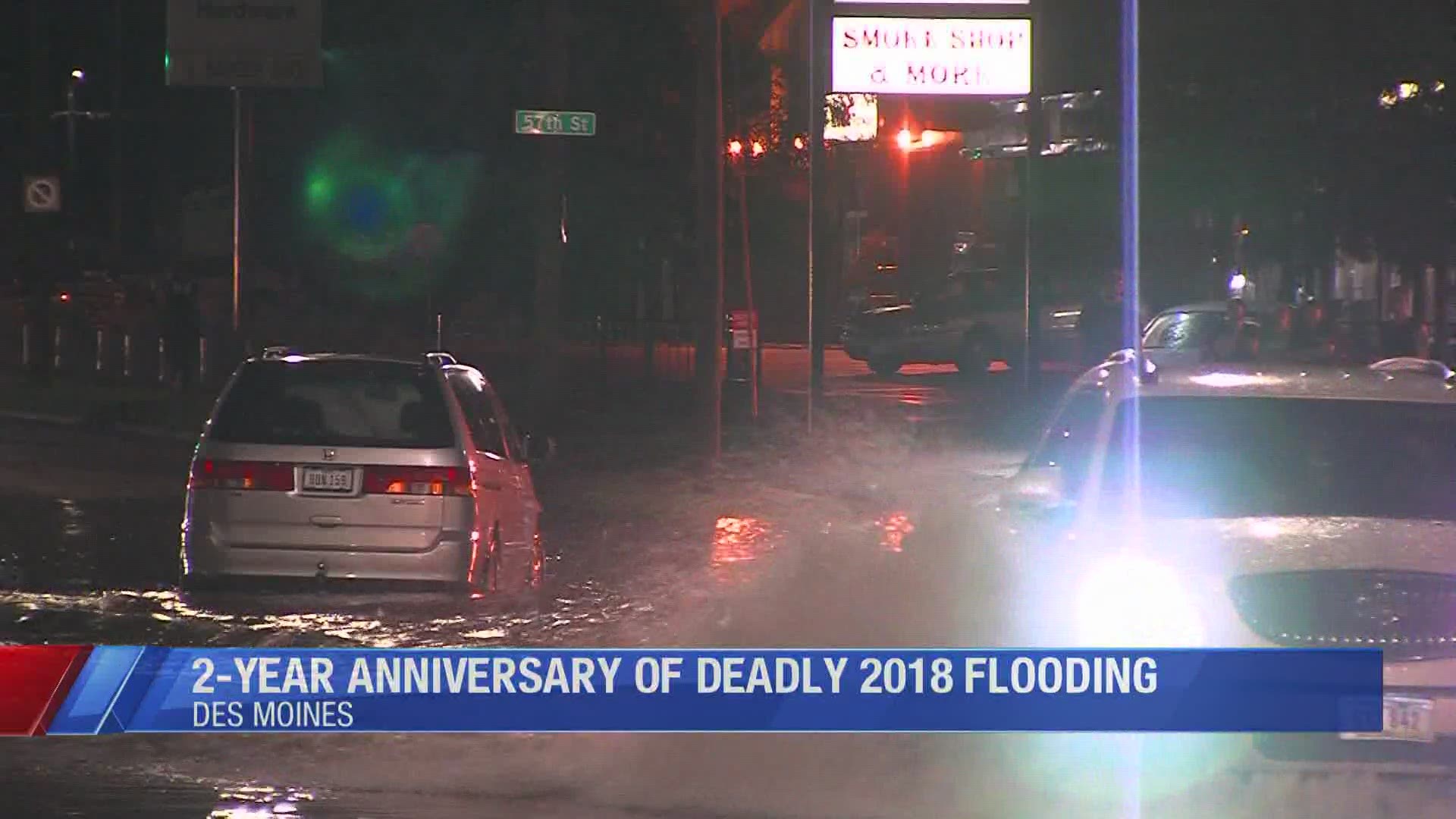 DES MOINES, Iowa — Tuesday is the two-year anniversary of the historic flash floods of 2018 in the Des Moines metro.

Many communities were left underwater within just a matter of hours.

In some cases, over eight inches of rain fell.

One of the hardest hit areas was in Beaverdale, where ongoing work attempts to combat any future flood issues.

During that event, some of the city's infrastructure really showed its age. This is an issue Des Moines leaders have been working to fix for quite a bit of time.

"We've been working in that neighborhood for almost 20 years to build bigger pipes to get the water out of the neighborhoods. So evidence of that construction has made it as far away from the river as 30th Street by that summer," Des Moines  Director of Public Works Jonathan Gano said. "We've since made it all the way to 41st Street and are continuing plans to get larger pipe networks up to the top of the hill in the coming years."

Many of the major re-engineering projects have been made possible in part to a one-cent sales tax increase in Polk County. Although not all of that revenue will impact these efforts, at least a portion of it will be designated for flood mitigation projects.

"When you have eight inches of water land on your neighborhood in a three hour timespan, there's no infrastructure in the world that will handle that," Gano said. "Engineers don't design for that or events that large because they would result in infrastructure that is enormously expensive."

The City of Des Moines is also working directly with homeowners to create better protocols for handling flood problems.

These efforts include the Stormwater Best Management Program and the Personal Private Property Protection Program, both of which provide subsidies to Des Moines residents who take additional steps to alleviate flooding concerns on their property.

Although a flash flooding event like this is incredibly rare and is unlikely to happen again anytime soon, city leaders say they want to be prepared for whatever Mother Nature may throw at Iowa moving forward.