Coahoma County Extension fears heavy rainfall this week could ruin crops on tens of thousands of acres in the area and across the Mississippi Delta. 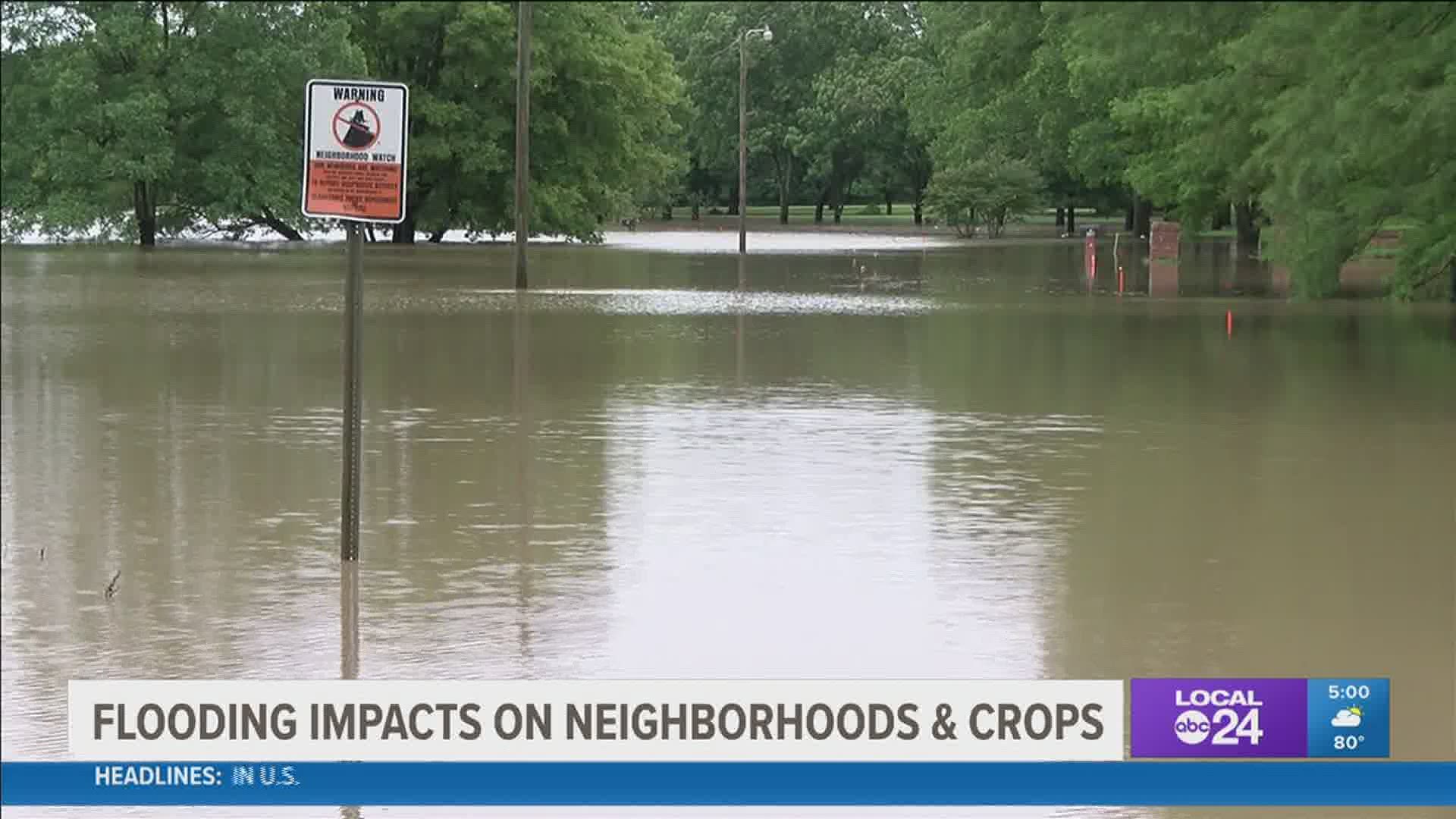 CLARKSDALE, Miss — "It's upsetting but there's nothing you can do about it," Bobby Huggins of Clarksdale, Mississipi, said.

Thursday afternoon, Huggins kept a close eye on the flood waters on his street and inching closer to his front door.

"I've got flood insurance but I don't have anything on my contents," Huggins added.

According to the Coahoma County Emergency Management Director, Huggins is one of about 70 homeowners most at risk of flood damage, following a foot of total rainfall there this week.

"We've been moving stuff out ever since yesterday afternoon, about through moving out now," Huggins said.

This longtime Clarksdale, MS resident (whose house is last on their street without water around it) worries it’s only matter of time it comes to his property. The last flood he said the water sat two feet deep INSIDE his home. pic.twitter.com/1jfevRgCfr

The relentless rainfall made several Clarksdale streets impassable and other neighborhoods inaccessible.

"You'll see a heavy, heavy rain for an hour and then it breaks for just a little bit. And then it comes right back rolling in again. Just constant rain, constant," Coahoma County, MS Emergency Management Director Johnny Tarzi said.

Dan Cirilli's Clarksdale street was also impacted by the flood waters, but he's more worried about the area's agriculture products, ruined before heading to market.

"We've got a lot of crops that were laid by and on their way to making a really good crop that are now underwater. We are going to have to replant. We've got a real catastrophe on our hands as far as the local farmers go. So, they are the ones that have the battle to fight right now," Cirilli said.

Those at the Coahoma County Extension believe the crops impacted the most by this week's flooding across the Mississippi Delta will be mainly soybeans, rice, and cotton.

It could take weeks until the full impact on the regional crops will be known following this week's flooding.

Beyond the impact of this street flooding is a larger issue of regional crops ruined in Coahoma and nearby counties. About to get more details on that but person in ag industry I just interviewed feared tens of THOUSANDS of acres could be impacted when all is said and done. pic.twitter.com/Yk14smkbGR 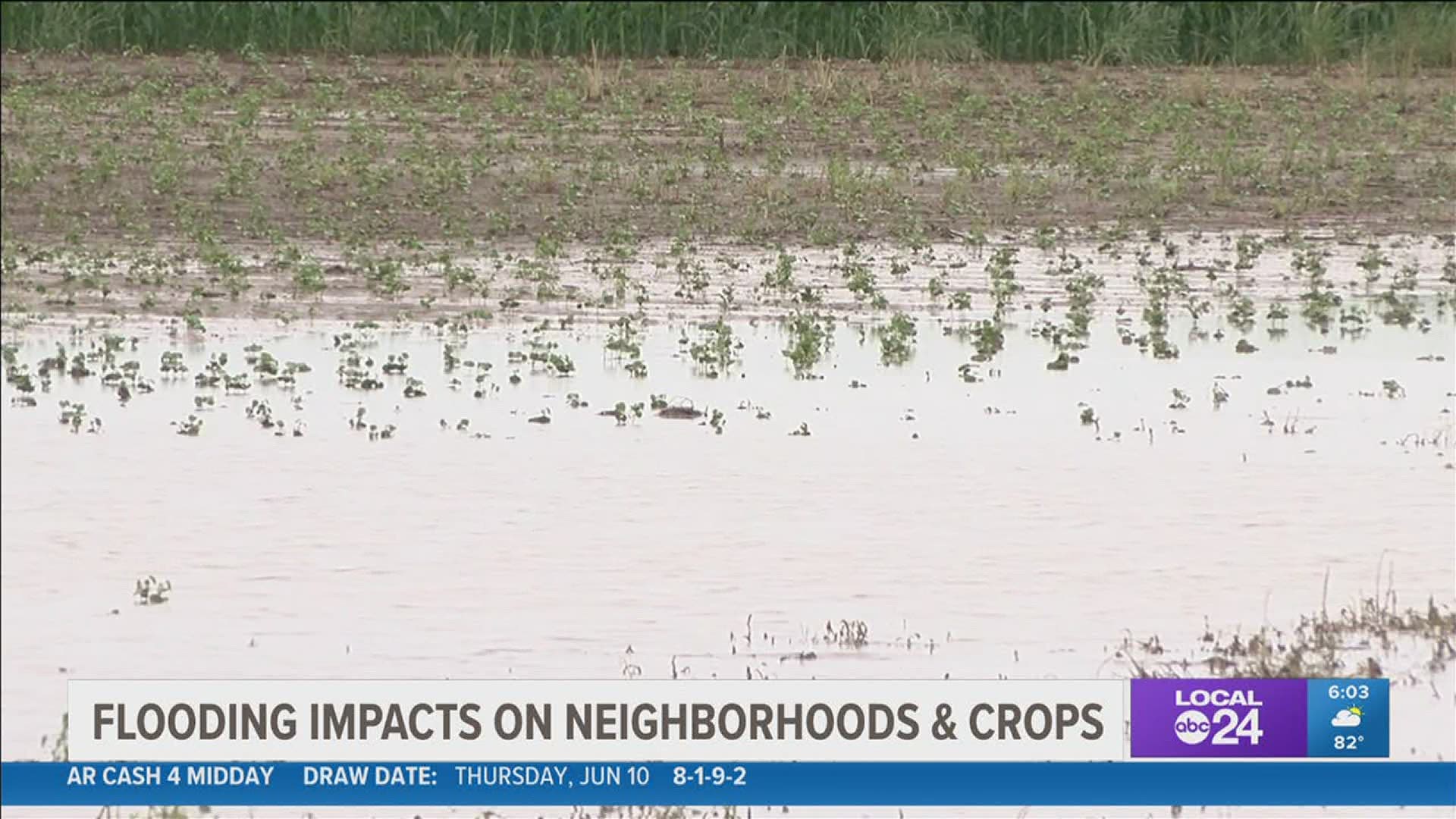