Pandemic changes a family's goodbye, and the surprising final words from father to son before passing of COVID-19

The pandemic is forcing families to grieve differently, adding to the pain of losing a loved one. 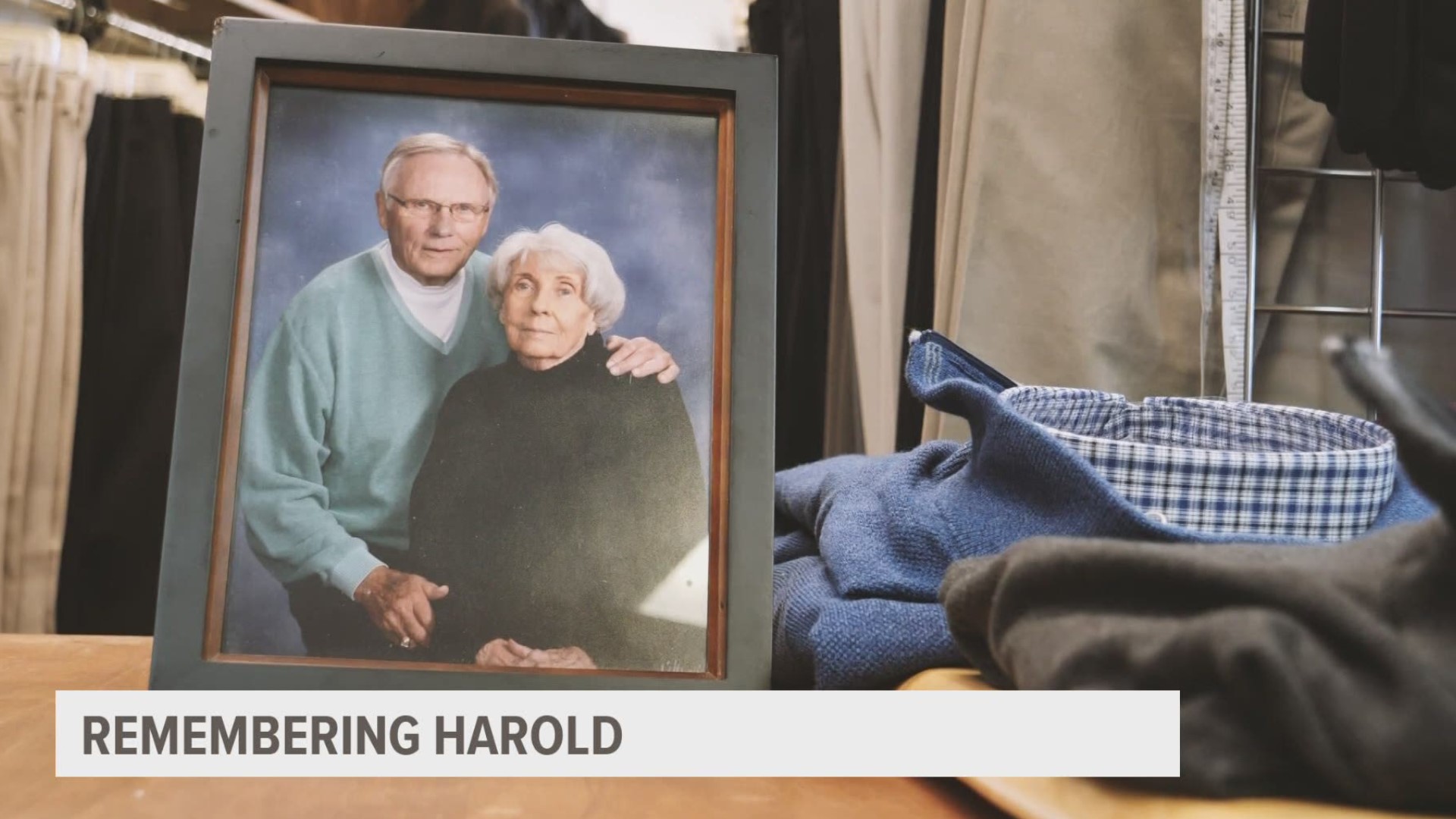 FORT DODGE, Iowa — When it comes to men's fine clothing, John Junkman knows just about everything. He’s been at it for 53 years and everyone who walks through the doors at Foley Clothing is considered a V.I.P.

"Treat people fair,” Junkman said. “It doesn't make any difference what kind of person they are or what background they are, they're all the same."

His father, Harold, had a lot to do with teaching that.

Which Junkman has ‘mostly’ mastered.

"He did a heck of a job remembering people's names,” Junkman said with a chuckle. “That's something I haven't been able to pick up on but he was very instrumental."

A family legacy that started in the town of Manson over 100 years ago.

The store began in 1981, with two brothers starting it and keeping it in the same location until the move to Fort Dodge in March 2000.

Even after his dad retired, Harold would stop by to check in, until recently when he wasn’t feeling well.

"My wife made him a meal and he ate and started looking better and then the next day my son called and said I'd better take him to the hospital," Junkman said.

Hours after being admitted, a test showed the 91-year-old was positive for COVID-19.  A week later he passed away, with no formal goodbye, until Junkman saw a message on his phone.

"He did call me on my cell phone the Tuesday after I had taken him out there to the hospital and he thanked me for everything and I didn't realize it was on my phone until three or four days after he had passed away," Junkman said.

"I still have that message. I can't remember (all the words) but he told me he loved me."

Final words from his father he needed to hear.

"I miss him,” Junkman said with tears in his eyes.

Like so many families who have lost a family member during the pandemic, this wasn't how the family imagined the end would be.

Nearly a month later, they laid Harold to rest much differently than the original plan to hold a funeral at his father's church in nearby Palmer.

"Kind of scaled it back where it was just our family only, immediate family and we had it at the Larson-Weishaar Funeral Home in Manson so it was just a small gathering," Junkman said.

But, if it were up to Harold, Junkman knows that's exactly how his dad would've wanted it.

"His goals were to help people and make things better. He didn't want to be recognized for it. He kind of played it under the cuff."

The family plans to have a memorial bench placed somewhere in Manson to recognize Harold this year.