Football superfan gets his time to shine on Earlham senior night

EARLHAM — The Earlham Cardinals are rolling this year. They’re 7-1 and have their district wrapped up. But it’s what their seniors have planned for ... 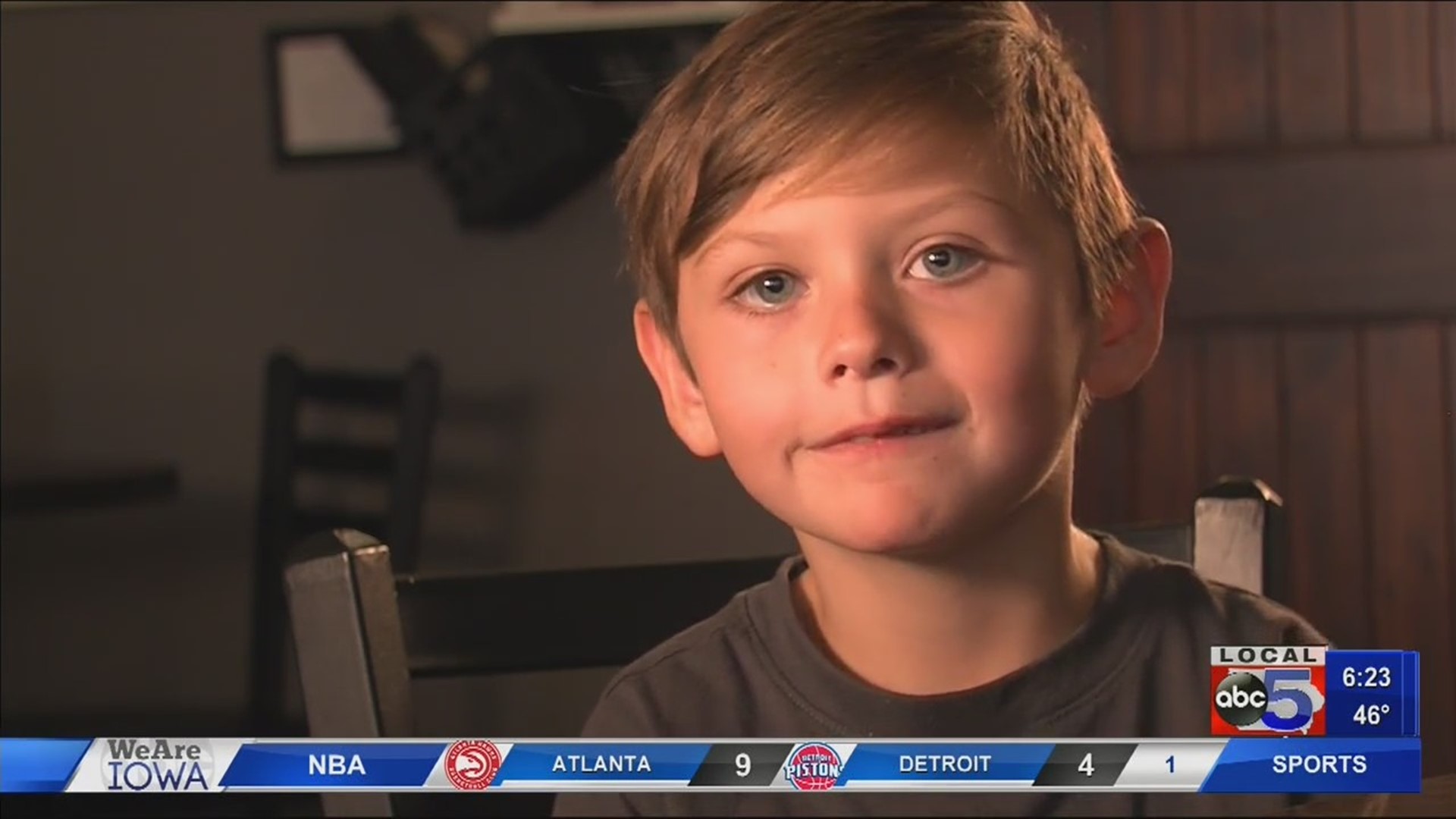 EARLHAM — The Earlham Cardinals are rolling this year. They’re 7-1 and have their district wrapped up. But it’s what their seniors have planned for Friday off the field that is so admirable.

But even with Benton’s love for the game, he’ll never be able to play it.

“He was 7-months-old and he started having seizures, infantile spasms which was the worst spasms they classified for a child. He went from a baby that was sitting up and smiling and rolling over. All the milestones he was supposed to be doing. They all went away. When the seizures started, all he could do was lay there,” Benton’s mother Ashley Cullen said.

The cause of the seizures was a prenatal stroke.

After years of therapy, Benton has been seizure free for more than 5 years now.

He walks almost normal, but he’ll still never walk on to a football field. At least not as a player.

So, in steps the Earlham football team.

“We thought it’d be a good choice to make him an honorary captain for our senior night,” player Derrin Sesker said.

Meaning Benton’s mom will get to see her son do something she never thought could happen.

“I hugged random senior boys just because it’s their night. It’s senior night it’s supposed to be about them and they’re making it… it’s not all going to be about Benton but they’re letting a 6-year-old first grader be a part of senior night,” Ashley said.

When asked about why this is so amazing, Benton said, “because I’ve dreamed about it. Cause I never got to be on the sideline during a game.”

Earlham’s senior night is set for a 7 p.m. kickoff against Nodaway Valley.

Local 5’s Matthew Judy will have more on Benton’s senior night on Sunday.