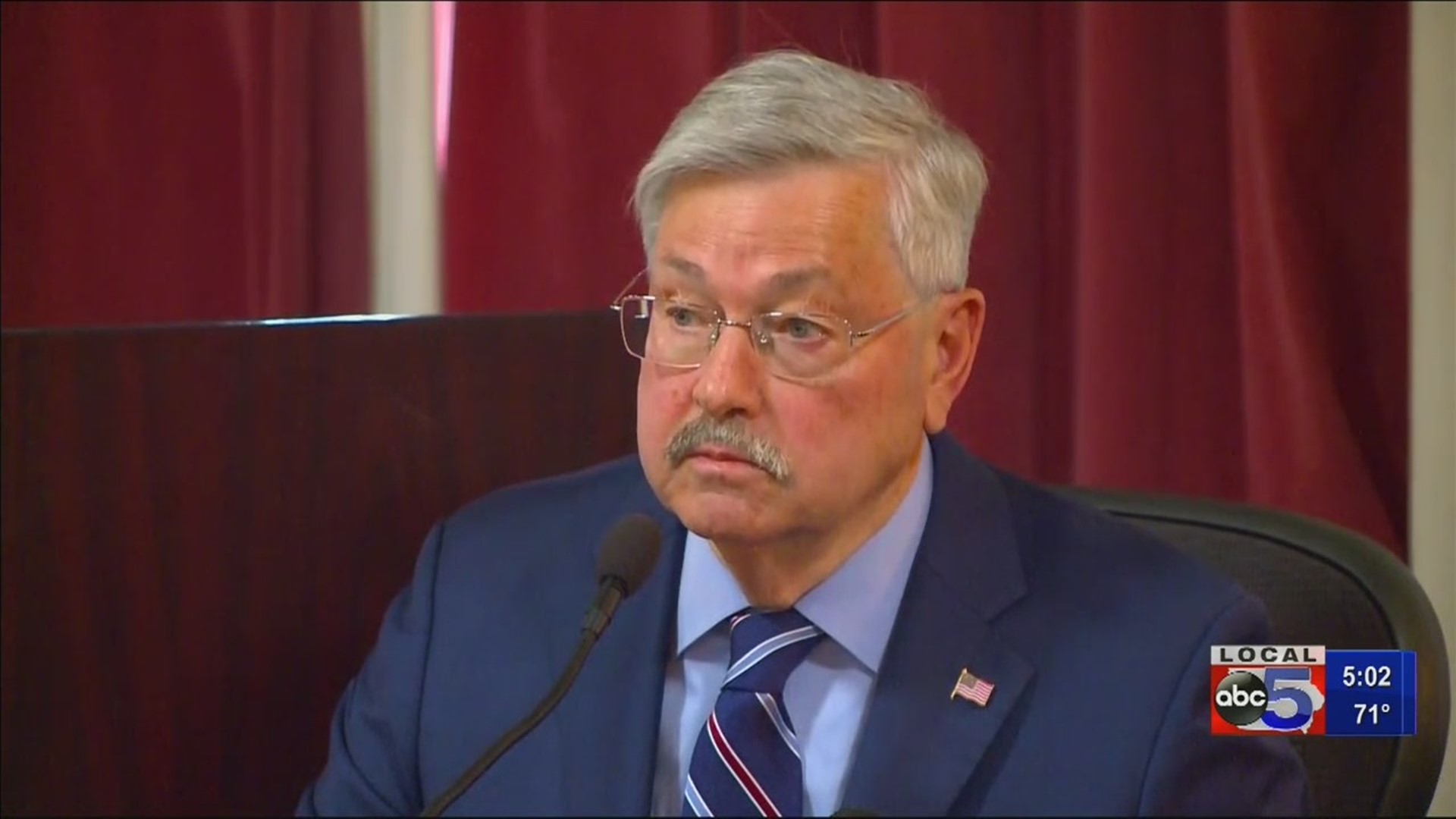 Branstad is being sued by ex-Iowa Workers’ Compensation Commissioner Chris Godfrey for discrimination and retaliation.

The case has cost Iowa taxpayers more than $1 million over the course of several years. Godfrey served as the commissioner for six years, first under Gov. Tom Vilsack and then under Gov. Branstad.

When Branstad was elected in 2010, he asked Godfrey to resign. When Godfrey refused, Branstad reduced his pay from $112,000 a year to $73,500; that’s the lowest the state could legally pay him.

Godfrey is a Democrat, and is openly gay. He sued the state in 2012, citing discrimination and retaliation. The case has been in front of justices on the Iowa Supreme Court twice on special questions. Last year, the justices ruled that a person can seek damages from a government for violations of civil liberties.

“I tried to pick people who were best qualified for the job in which I was appointing them,” Branstad tesfied Friday. “It didn’t have to do with values. It had to do with their qualifications, their knowledge and experience.”

The Iowa Attorney General’s office is not defending Gov. Branstad and other administration officials in the case. Branstad opted for outside legal counsel.