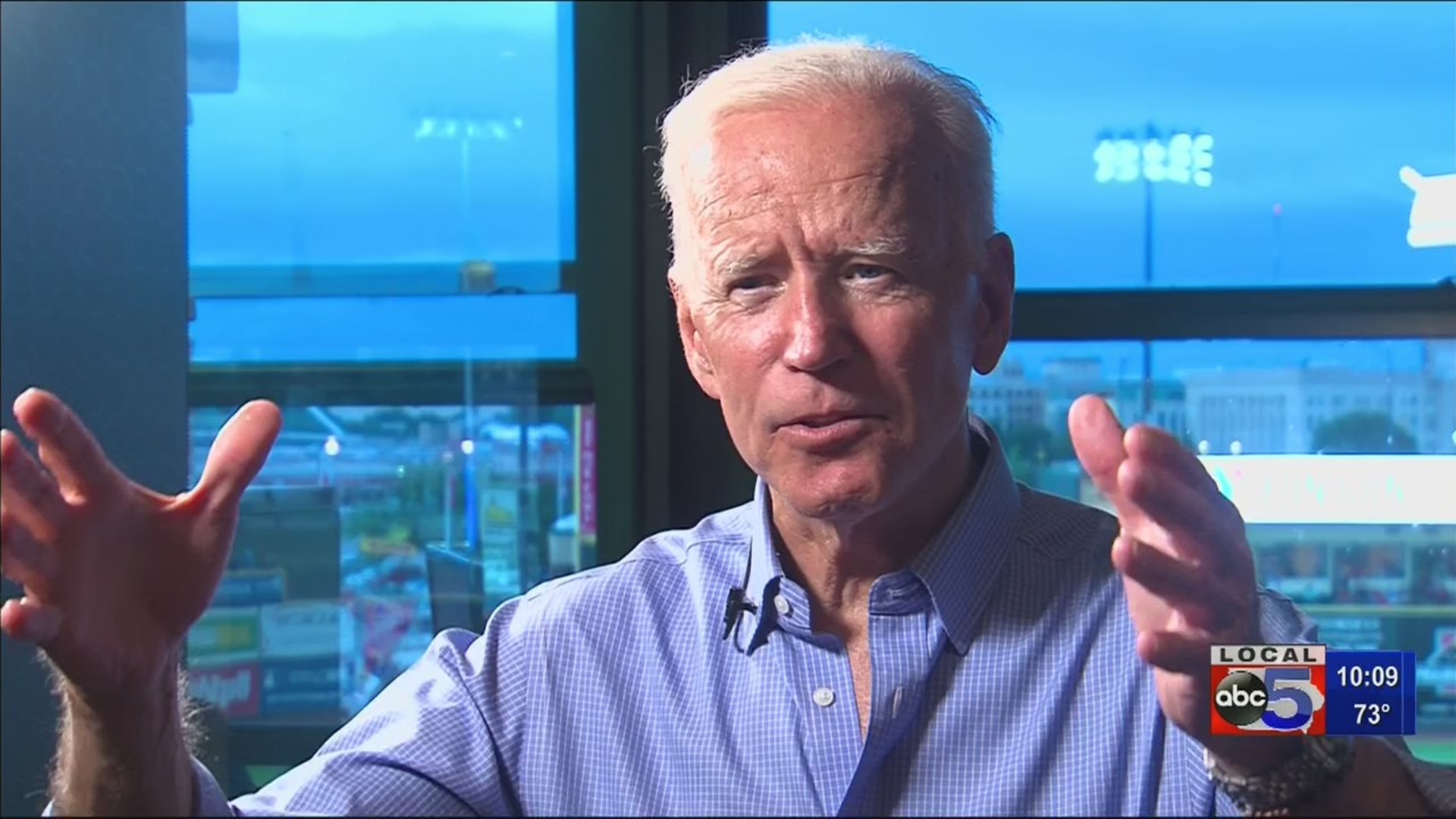 Local 5’s Sabrina Ahmed sat down with the Democratic presidential candidate on July 4th for an exclusive interview. The discussion touched on a number of topics including lifting up the middle class, healthcare, the trade war with China, and immigration.

Biden also discussed the need for technology in securing the border. He said, “We have the capacity to be able to use very modern technology. We can lay on top of a great tractor trailer coming through essentially a giant x-ray machine and know what’s inside. And we’re not spending money on the things that make a difference.”

While he was in Iowa on the 4th of July, Biden made a number of stops, including walking in a parade in Independence.