"I feel horrible that people's hard earned money that they thought it was going to a certain area is now stolen," said Ray "Bubba" Sorensen, the muralist. 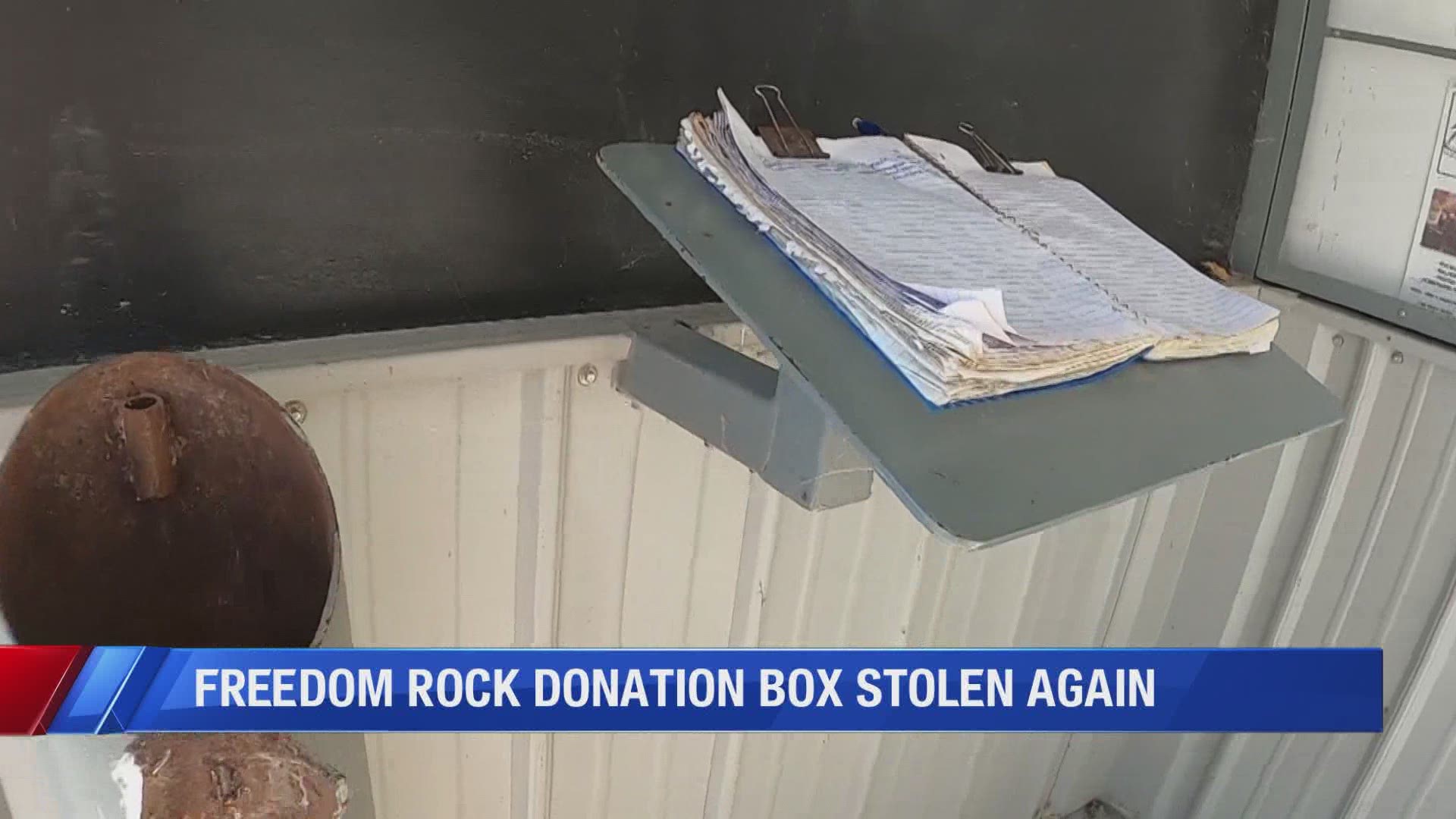 ADAIR COUNTY, Iowa — A donation box meant to hold money for veterans at the original Freedom Rock was stolen for the third time over the weekend, leaving the muralist questioning why someone would steal money meant for a good cause.

"I feel horrible that people's hard earned money that they thought it was going to a certain area is now stolen," said Ray "Bubba" Sorensen. He's the muralist that's been painting the rock since 1999.

Sorensen currently tours the entire state painting rocks like the original Freedom Rock. His goal is to have one Freedom Rock in each of Iowa's 99 counties. He's already working on the 94th rock in Clinton County.

"I just thought I want to go out to this rock, which was a graffiti rock and I just wanted to say thank you to our veterans," Sorensen said Monday.

Sorensen never intended to take donations, but once people started leaving cash in the guest book he decided to set up the donation box.

"I thought I need to find a secure way for people to leave money if they're going to leave money. I didn't want them just leaving it in a notebook, so we put a secure lockbox that people could drop donations in if they so chose," Sorensen explained.

Sorensen said this isn't the first time people have stolen money from the box, but now he's worried about how he's going to replace it.

Credit: Rachel Droze
The donation box used to be located on the pedestal next to the guest book on the right. Ray "Bubba" Sorensen said he's not sure how he'll be able to replace it.

"I don't know if I want to keep having a donation box out there or maybe I can put a list of veterans charities people can donate to online securely," Sorensen said.

Sorensen is disappointed in the box being stolen, but said he hopes the people that took the money really needed it.

Sorensen recently started the Freedom Rock Foundation to help him maintain his murals across the state. More information about his tour can be found by clicking/tapping this link.