Lauren Rice was killed in a hit-and-run in Des Moines while walking her dog Sunday morning. 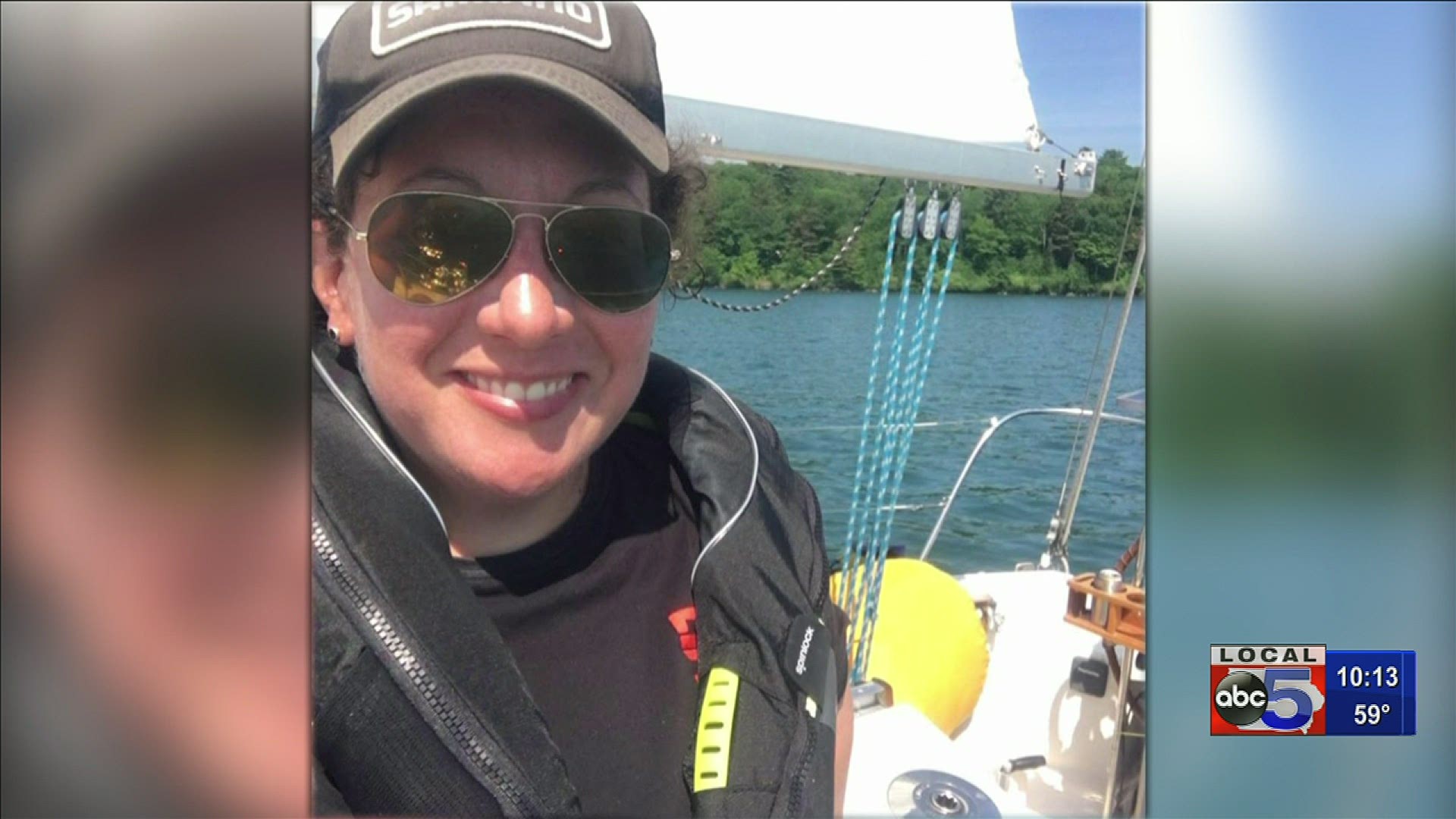 DES MOINES, Iowa — It was a beautiful, sunny Sunday morning. A perfect opportunity to take a break from being cooped up in the house, take in some fresh air and get some exercise.

Having a dog along made it all the better.

But in a matter of seconds, that bright and beautiful day turned black, and the exuberant wist for life that one woman emanated was gone.

Lauren Rice and her dog Holiday were killed in a hit-and-run while out for a walk in the Beaverdale neighborhood of Des Moines Sunday morning.

Lauren was a English professor at Des Moines Area Community College's Newton campus. She was responsible for a program that sent dozens of students overseas to London to study abroad. Lauren herself was over there a matter of weeks ago, but was forced to fly home early because of the COVID-19 outbreak.

But that didn't stop her from making every day special.  According to her friends, nothing did.  They say her heart and her mind were both defining traits, and are what she'll always be remembered for.

"She did self-quarantine for 14 days, so we'd have Zoom virtual happy hours with her and the Aussie Rules Team. We had out own little side book club.  And we'd stay in touch as often as we could."

Judge cited keeping in touch had several meanings for Lauren, from their virtual meetings to something a little more old-fashioned.

"She does things that no one ever really does anymore," Judge said.  "Handwritten letters when she's abroad.  Sending postcards and stuff like that.  She's just very thoughtful."

"She was an adventurer," Lovan said. "She had a great experience. She was just an overall lovely, lovely person."

Judge says the news came in the form of a phone call from Lauren's sister. The loss of his dear friend, at times, still hasn't fully set in.

What makes Lauren's death all the more tragic is the death of her dog, Holiday.

"She'd have people over all the time, and Holiday would just kind of chill out in the corner," Judge said. "She'd come in and let you give her a pet, and then be about her way."

Lauren and Holiday were killed as they were going about their lives.  They were walking on the sidewalk when it happened.

The DMACC community is among those mourning Lauren's death, saying in a statement: "Lauren loved language and so often had the right words, but we are simply at a loss to express how much she will be missed."

49-year-old Jason Sassman has been arrested and charged with Murder in the First Degreeand Animal Neglect. Police believe what he did was intentional.