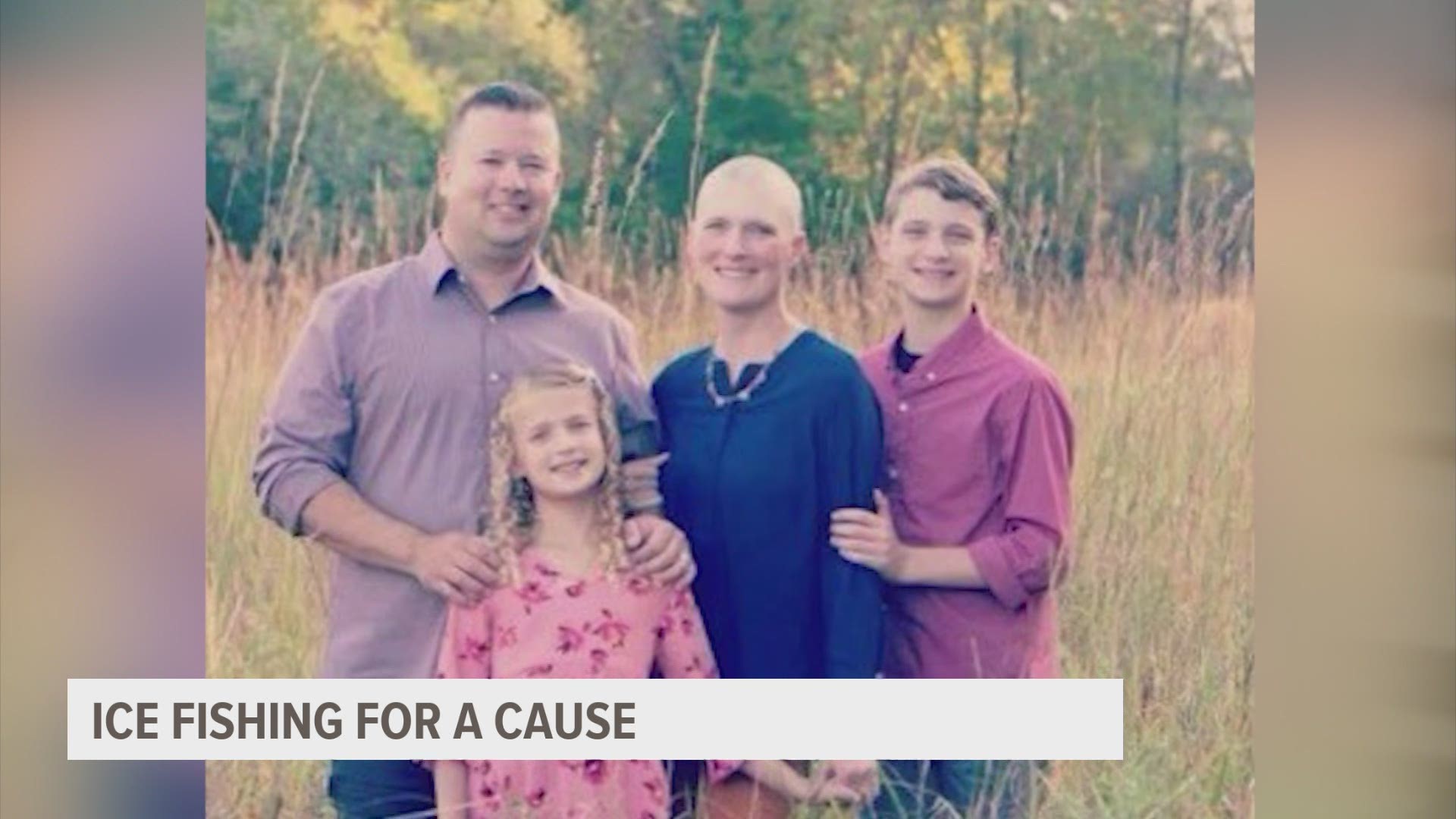 Dozens of ice fishers from Earlham and neighboring cities and towns took part in an ice-fishing competition on Saturday.  And while the goal, of course, was to make the biggest catch of the day, they also were there to make a difference.

"Come together and do our part.  It's about helping people out, helping the community out," said Randy Eickelberg, who first stop of the morning a pond Adel.

"That’s where it starts…is just being there for each other," said Landon Tonney, Eickelberg's teammate.

The fundraiser was all for Cacy Hupp and her family.

Hupp has been battling cancer off and on for more than a decade.  These days the cancer is in her brain and lungs.

"It's really humbling as to what they're doing. it makes me excited," said Hupp.

The decade Hupp and her family have had can be difficult to describe.

"It’s kind of hard to answer those questions when you’ve gone 10 plus years of this. This is what we do. It's just kind of normal for us," she said.

But Hupp's life is anything but normal.  She has had multiple bouts with cancer. She's gone through traditional and experimental treatments.  After her 60th round of chemotherapy, her husband Clint lost count.

"This is almost 11 years going at this--fighting. It’s become our life.  We feel we’ve made it this far by having positive attitudes about everything," said Clint Hupp.

The fundraiser also included silent and live auctions and raffles.  By days end, organizers had helped raise about $23,000 to help Cacy Hupp and her family stay in the fight.

The family recently learned that the latest rounds of chemotherapy are making a difference.  It's helping Cacy stay hopeful and look to the future.

"I try to set little goals for myself.  A few years ago, it was to see my son go to high school, or see him play in his first high school soccer game, hopefully," she said.