Several Des Moines protesters spoke on why they are demanding change after the death of George Floyd in Minneapolis last week. 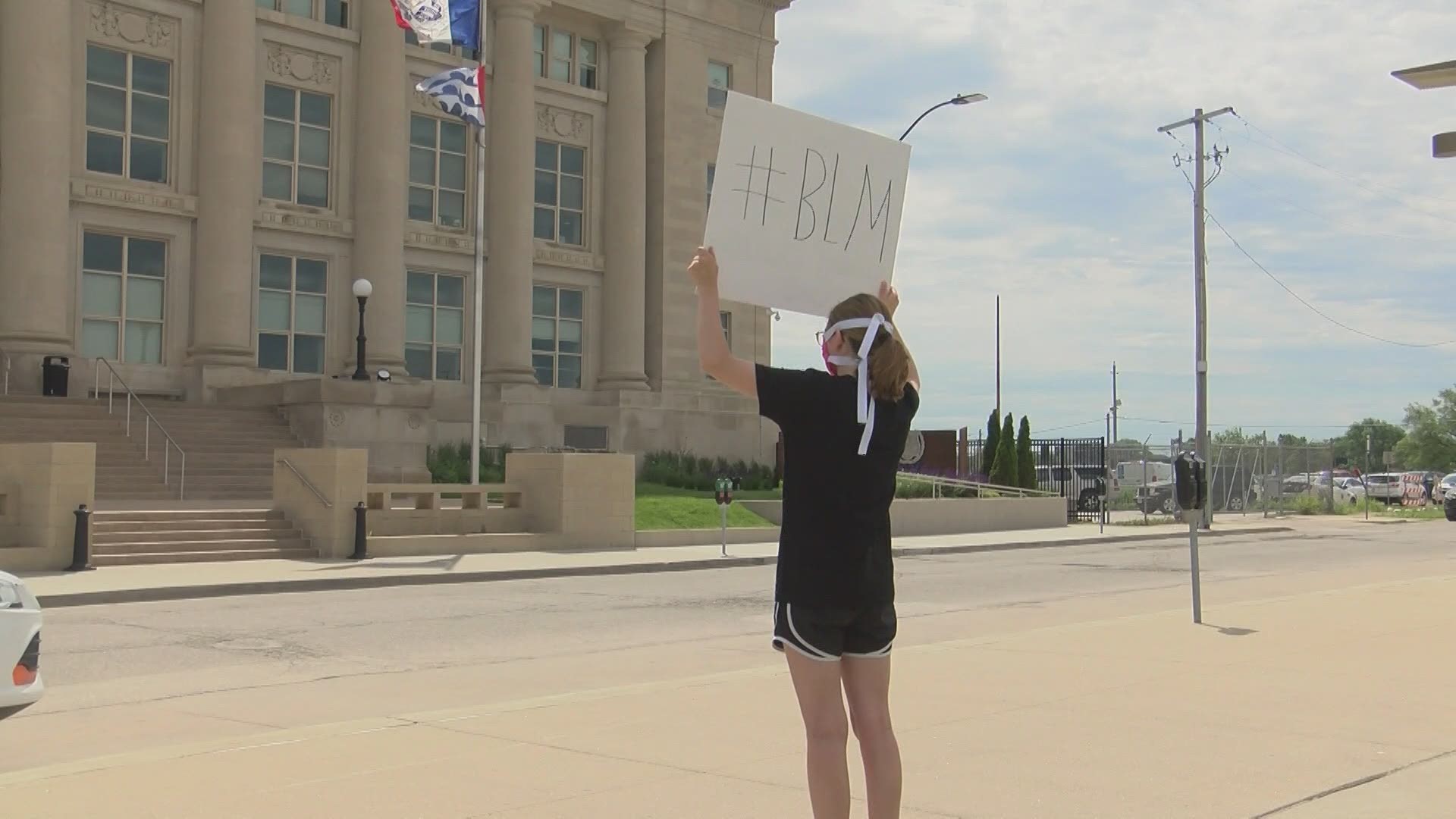 DES MOINES, Iowa — As Local 5 covers the protests and the people turning them violent at times, it's important to understand why these protests are occurring.

"We really need to amplify black voices," said Sydney, a lone protester outside of the Des Moines Police Department on Monday.

"I protest, you know, just for me because I matter," explained Justice Carter, an African American protester.

As has been seen the last few nights, organized protests have started peacefully before ending with looting and riots.

"The police, when they respond to those agitators, cannot allow the windows of Hy-Vee to be busted out. They can't allow people to break into the mall."

City leaders tell Local 5 that as more gatherings and vigils happen for the memory of George Floyd they hope that a conversation can be started and stay civil.

RELATED: Curfew issued for Polk County to remain in place until further notice