Chaska teen's artwork on display during Floyd memorial and funeral

“The reference photo I used was a picture of him in the car with his daughter. I know how much a father figure means in a little girl’s life." 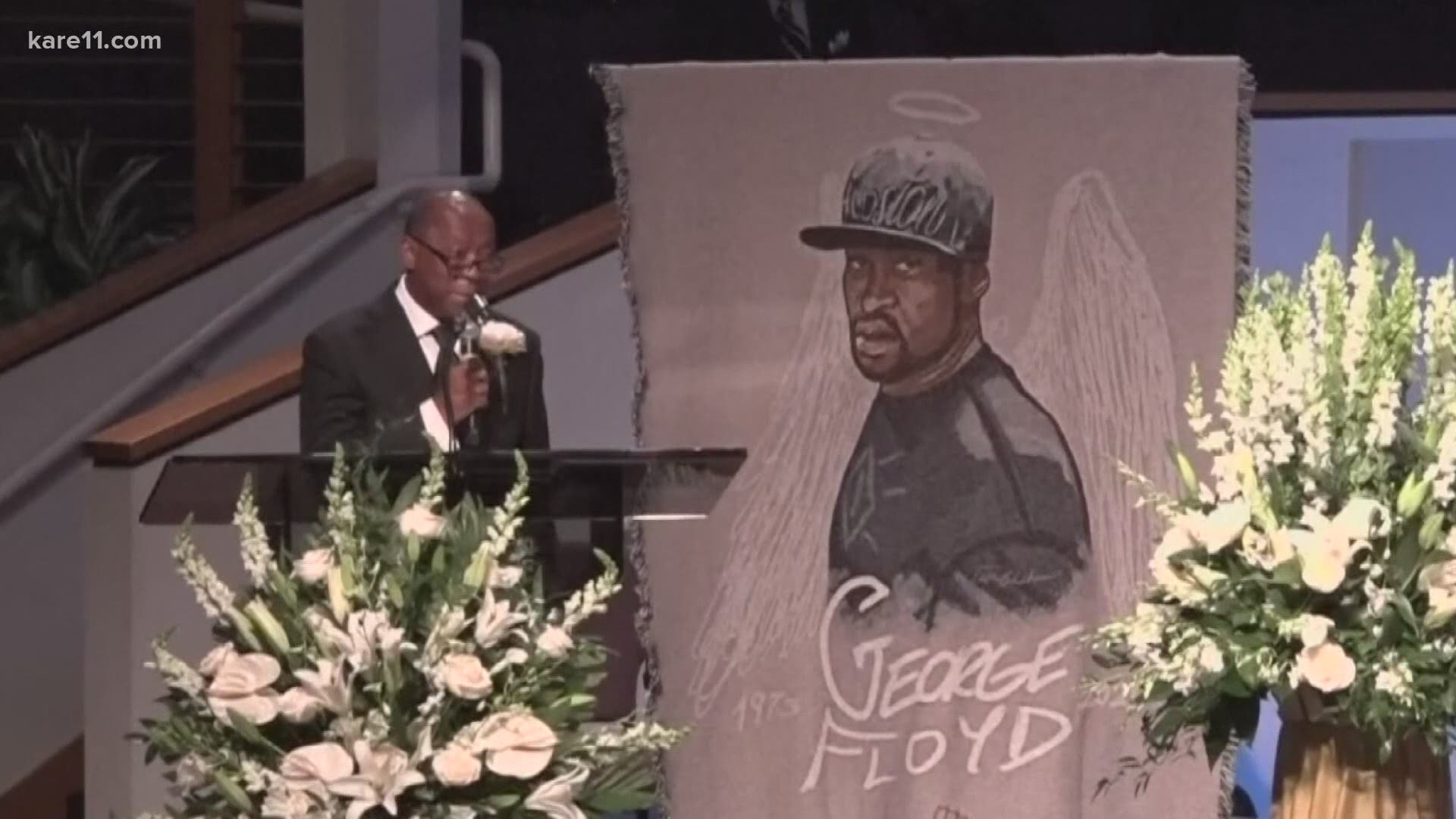 The portrait she designed of George Floyd bearing wings of an angel was center stage at Floyd's Houston Funeral.

It was also on display seen around the world during the North Carolina and Minneapolis memorials. Faith is 17.

“It took me about 2.5 hours. I was really laser focused on creating the piece,” she said. “When I created the piece, the reference photo I used was a picture of him in the car with his daughter. I know how much a father figure means in a little girl’s life.”

The Chaska teen wanted her art to help heal.

“I did a digital painting in Photoshop. I felt a lot of emotion because at first, I was thinking of making a burning city of Minneapolis with his daughter in front of it,” she said. “I thought it would be more powerful if I did a portrait.”

Blackstone has used art to raise awareness before.

The Black Lives Matter posters she created two years ago for a black history exhibit in Eastern Carver County Schools were banned.

Her voice was silenced but not this time.

“I was really thinking about how his daughter was feeling and I wanted to make it memorable for her and soft for her,” she said. “So, I thought angel wings and a halo on the top would resemble what she thought of her dad.”

The world has seen wings of transformation since Floyd died last month in police custody.

Faith doesn't want another child growing up without a father. Floyd's youngest daughter was the inspiration behind her artwork.

“I wanted to make this piece and put it on the blanket and give it to her so she can wrap him around her at night and remember him and hold onto something,” Blackstone said. “I want her to know her father has become a symbol for all of us to fight for what is right and justice.”

Faith recently launched an online shop where she is merging her social justice advocacy with her art to stand up and speak out. She is donating a portion of her proceeds from the George Floyd tribute art to the GoFundMe set up for George Floyd’s family.