Residents of a home just three blocks away from where George Floyd was killed hosted a memorial benefit concert Saturday. 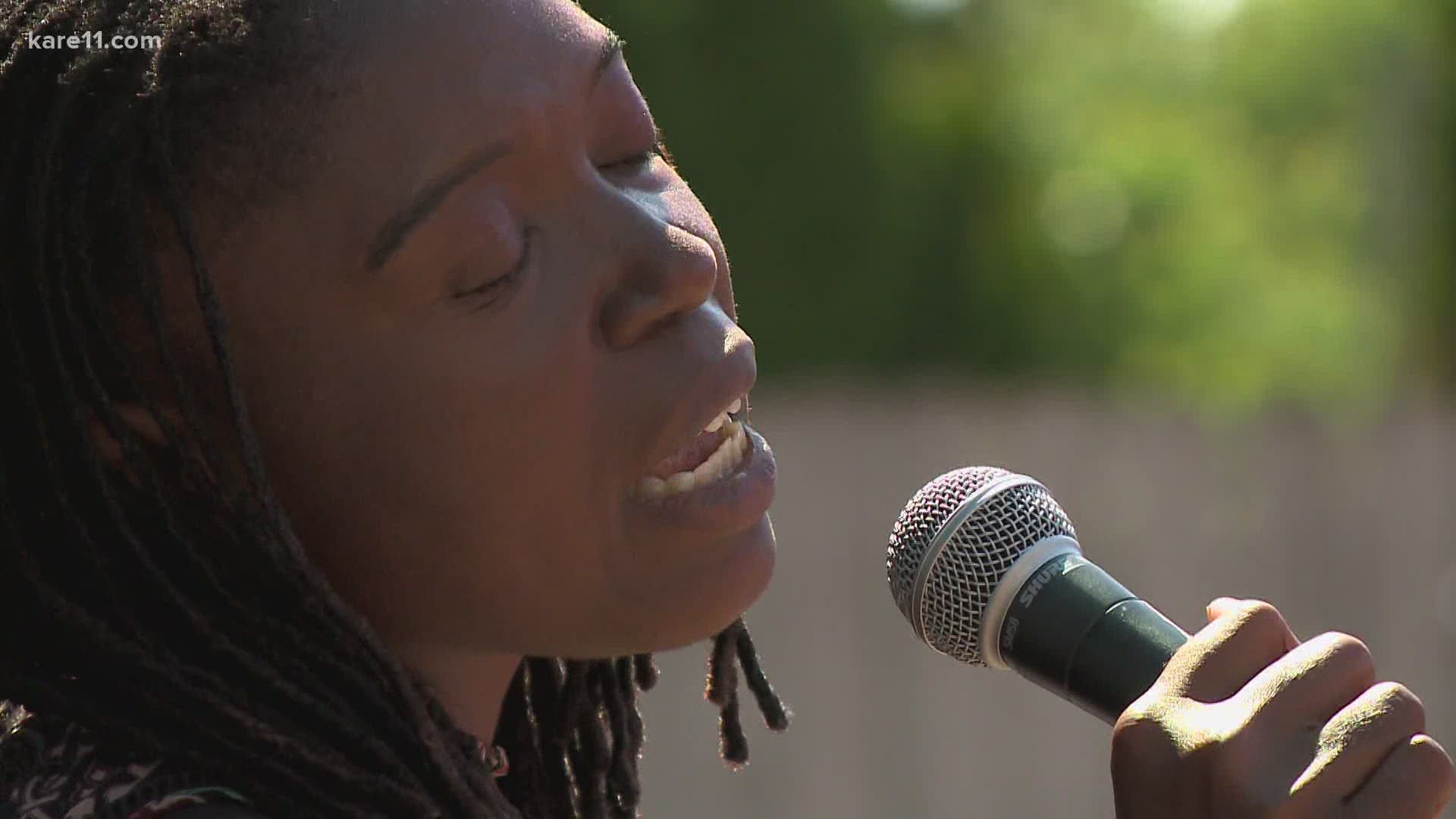 MINNEAPOLIS — In the backyard of their home on Chicago Ave. and 35th St., Phillip Saint John and his roommates hosted the George Floyd & BLM Memorial Concert + Fundraiser for the man killed in Minneapolis police custody just three blocks away.

"We decided this would be the perfect time to still jump on everything and make sure that we were able to give a sense of community, give a sense of hope, and it still be in the same energy of [what is] going on down the street," Saint John said.

Saint John, an artist himself, credits his roommate, Taylor Seaberg, for coming up with the idea.

"They are black non-binary and they just had the idea to get this together and we decided to pool in our resources and make it happen," he said.

Their roommate, Joshua Koepp, helped book the artists and manage the volunteers and donation sites. Another roommate, Beatriz Lima, did all of the design work for the event.

"The type of music that we write has been entrenched in our racial experiences growing up," the Smokes' Hime Alexander said.

"We put our hearts on display," bandmate Matt Slate said. "That's why we perform. We're not, you know, the most socially graceful people but we have things to say and they need to be heard."

Mic Dos, who performed his song, Por Favor, says the concert created a safe space for artists and people in the community.

"It's unfortunate that something like this has to bring us together," he said. "This is important for us to have, especially so close to one of the holy sites that we have now in Minneapolis."

Back on the backyard stage, not every song was about recent events.

"That's okay too because sometimes it's about having fun too and just going a little bit of ways and then coming back," Saint John said. "It all comes back to community and centering ourselves in healing."

Masks and hand sanitizer were provided. Concert organizers also took the opportunity to accept and distribute donations for people in need.