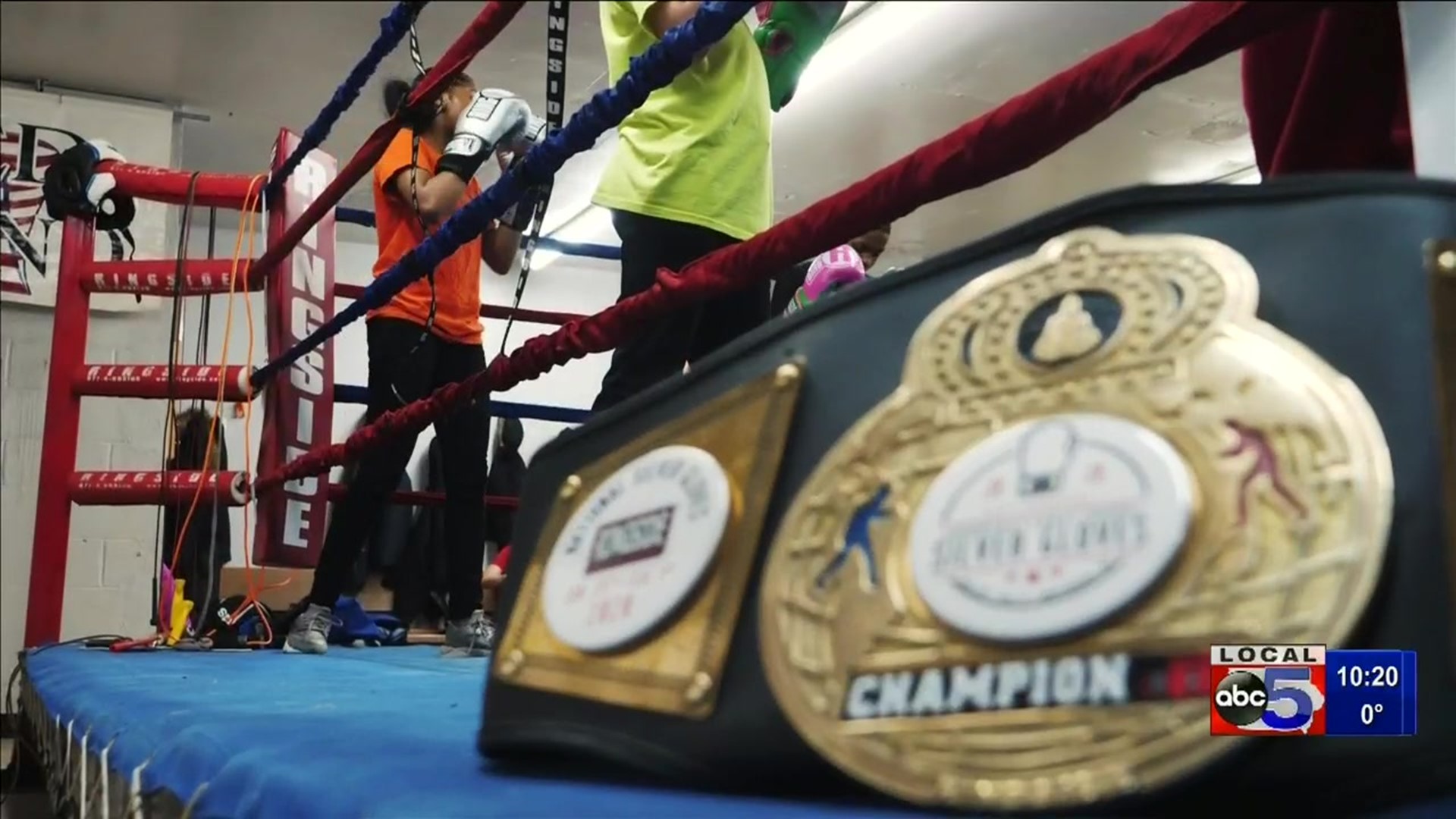 She attends Goodrell Middle School and works hard to stay on top of her homework, because she knows Kervin Veasley will be checking it every afternoon.

“We run it pretty strict, which is good. Nobody is treated any differently than anybody else,” Veasley said.

When Russian came to the club three years ago, her mother Kayla Johnson noticed something was missing and wanted to giver her daughter direction.

“I initially put her in it for fun, not to compete or anything, just something to do after school,” Johnson said.

It didn’t take long for Sarge to realize Russian was special.

“She’s a strong woman where she’s not just leading with the females in the gym, she helps with the boys too,” Veasley said.

So the decision was made to move from boxing for fun, to competing for a national championship in Missouri.

“This was the Silver Gloves Nationals,” Veaslsey said.

After making weight in the 114-pound weight class, Russian had no idea who she’d fight until right before the first match.

“I was putting on my gloves and I saw her putting on her headgear and that’s when I found out.”

Her opponent was the two-time defending national champion from Milwaukee.

“This girl had won it the past two out of three years. Some people would freeze and think, ‘Ok what am i going to do?'” Veasley said.

The reigning champ came out in the first round relying on her power, while Russian relied on her speed.

“We go fight to our strengths, not someone else’s strengths,” Veasley said.

“He told me to keep my jab out, keep moving; lots of body shots,” Russian said.

After three rounds, the underdog came out on top with the official judges decision. That victory propelled Russian to the championship where, once again, strategy paid off.

“We had to go out there and use our head to win the fight,” Veasley said.

Coincidentally, the victory came on a special day for Russian – her birthday. Mom could barely believe it.

“I was going nuts. I was so excited,” Johnson said.

Along with an impressive championship belt, Russian earned a special place on a sacred wall back at school.

“My teacher wanted a picture of me with the belt because she wanted to put me up on the Black History Month wall,” Russian said.

Back at the gym, the work continues for the champ and all the kids learning to overcome their own obstacles; one round at a time.

“The courage that it takes to get in the ring, you’re performing; a lot of people don’t have that so they’re a winner once they step foot in that ring,” Veasley said.