No future press conferences on governor's schedule even as COVID cases, hospitalizations increase

Gov. Kim Reynolds has not held a televised press conference since Oct. 7. 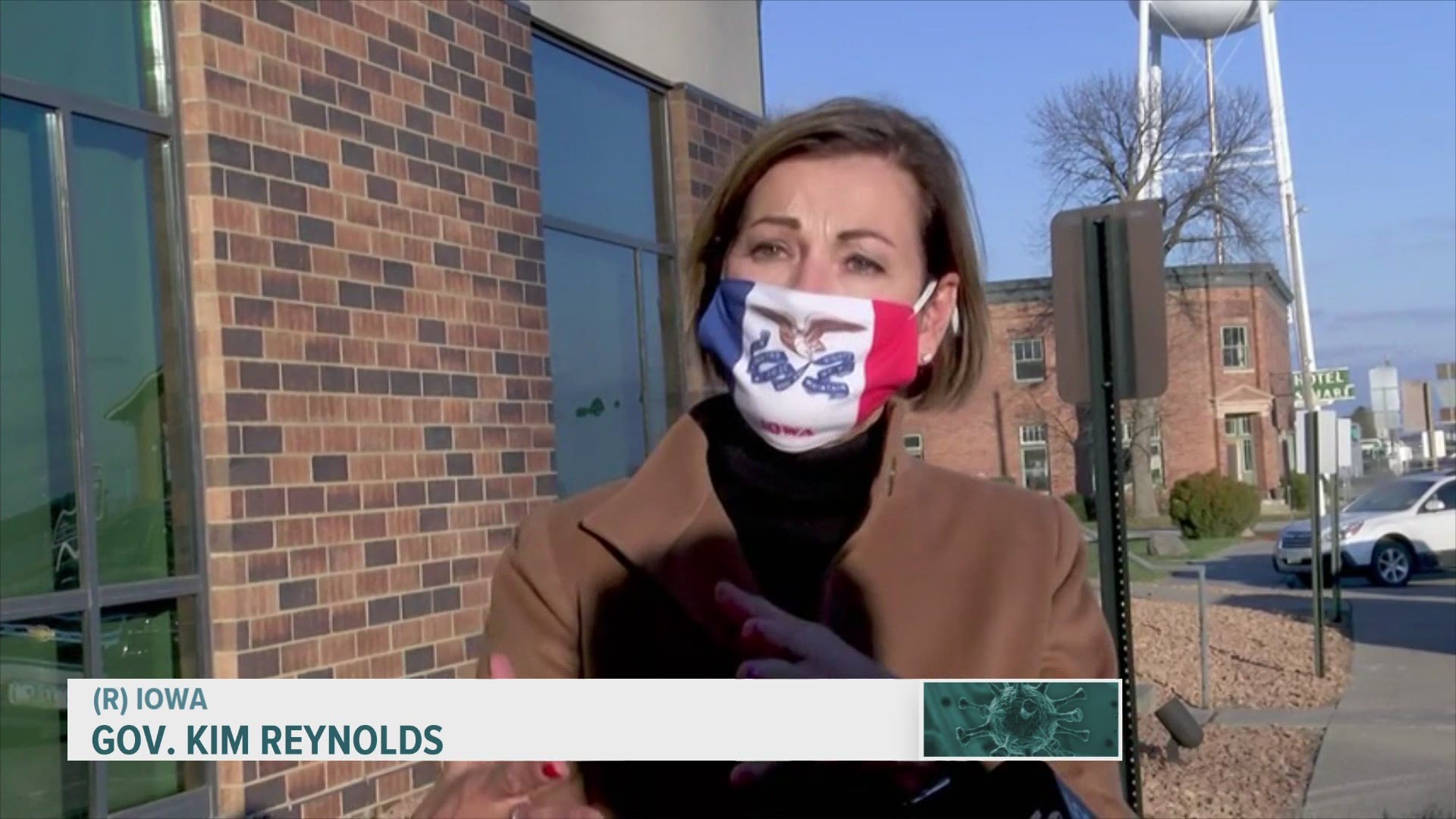 The daily number of Iowans in the hospital because of coronavirus continues to break records this month, with nearly 600 needing hospital attention as of Oct. 28.

Yet Gov. Kim Reynolds and state public health leaders have not held a press conference to answer questions since Oct. 7. Many Iowans have called Local 5's newsroom, sent us messages, asking why Reynolds hasn't appeared in a televised news conference.

Local 5 reached out to the governor's press secretary, Pat Garrett, about the lack of press conferences.

"There’s a number of reasons," wrote Garrett in an email last week. "We are wrapping up the 99 County Tour. Hosting members of Trump’s cabinet to discuss the state’s response to COVID. And even as she travels across the state for campaign events she’s invited to, she makes sure she takes questions from reporters and the public about pretty much any topic."

These limited media availabilities are not the same as scheduled press conferences, which thousands of Iowans watch on television and online. Reporters are not given as much time to ask questions and follow-ups during these short question-and-answer moments after campaign events.

This week, Reynolds again will not be hosting a press conference. Instead, she will be attending several campaign events for Sen. Joni Ernst. The governor is also scheduled to attend Vice President Mike Pence's rally in Des Moines.

Reynolds' public schedule released to the media on Tuesday night shows two events, one on Wednesday at East Union Elementary School and the other on Thursday in Stuart.

Several doctors across Iowa, working on the frontlines of the pandemic and dealing with the surge in coronavirus patients, told Local 5 additional mitigation efforts are needed in order to slow down the numbers.

Those extra mitigation efforts have been announced from the governor at her press conferences. New regulations to impose limits on businesses and social gatherings have not been enacted since August.