40 people were cited and another 7 juveniles arrested for alleged underage drinking at the gathering.

GREENE COUNTY, Iowa — The Greene County attorney is still weighing whether or not to charge more than three dozen people for gathering in a group larger than 10 amidst Gov. Kim Reynolds' order regarding social distancing during the COVID-19 pandemic.

On April 3, neighbors called in a drinking party in Greene County. When the sheriff's office and police officers got to the home, they found 60 people gathered. Many of the individuals were allegedly drinking underage, while some were of age. 40 people were cited by police, while seven of the teenagers were arrested and charged with possession of alcohol underage.

"It's worth our time going to slow the spread of the virus," Sheriff Jack Williams said.

He told Local 5 that they've responded to other calls in the past week about large gatherings at funerals. Williams said that for the most part, folks in the county are following the governor's orders.

Williams told Local 5 that his deputies could not cite the individuals at the party for disobeying the governor's orders about COVID-19 social gatherings because language was not provided to local law enforcement at that time.

"We didn't have the code sections," said Williams. 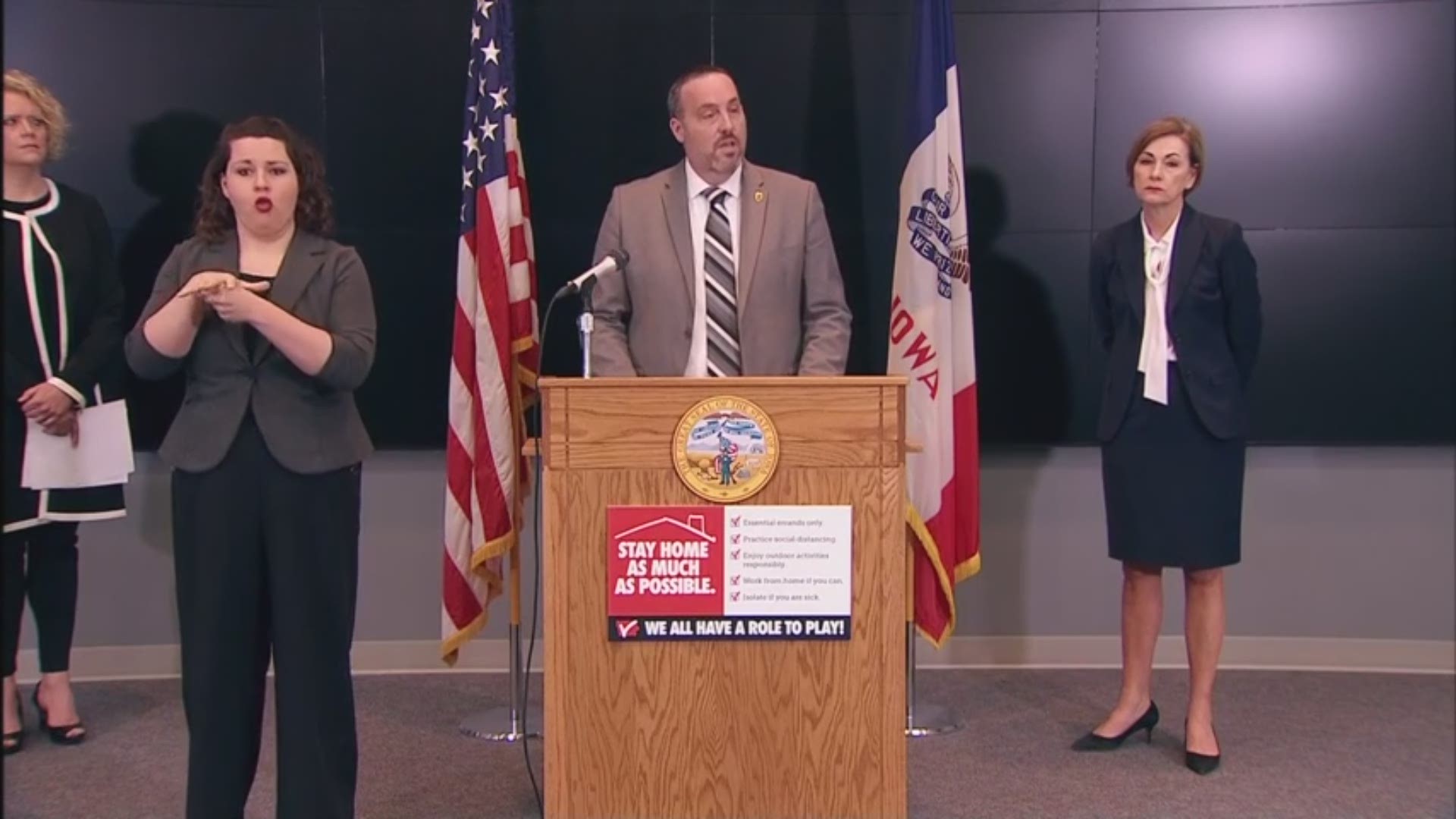 RELATED: These states have issued stay-at-home orders, here's what that means

RELATED: 'You can't just look at a map and assume no action has been taken': Gov. Reynolds defends COVID-19 response

Greene County Attorney Thomas Laehn told Local 5 that he is planning to meet with Sheriff Williams on Thursday to go over the case.

"It's an unprecedented system," said Laehn of the current COVID-19 situation regarding Reynolds' orders about social gatherings.

"Normally when an officer wants to charge someone, they look up the code," said Laehn. "Officers have been handicapped, yes, because there's no charging language. At the time, there wasn't a template for COVID."

Language was provided to law enforcement this week in regards to enforcing the governor's proclamation regarding social distancing and social gatherings of no more than 10 people. Laehn said that no one involved in the Friday party has been charged under this new proclamation, though he has one year from the offense to bring a charge.