How do divorced parents with shared custody decide on their child's return to school?

A divorce lawyer explains how parents with differing opinions decide if their children return to the brick-and-mortar building, or stay home with online learning. 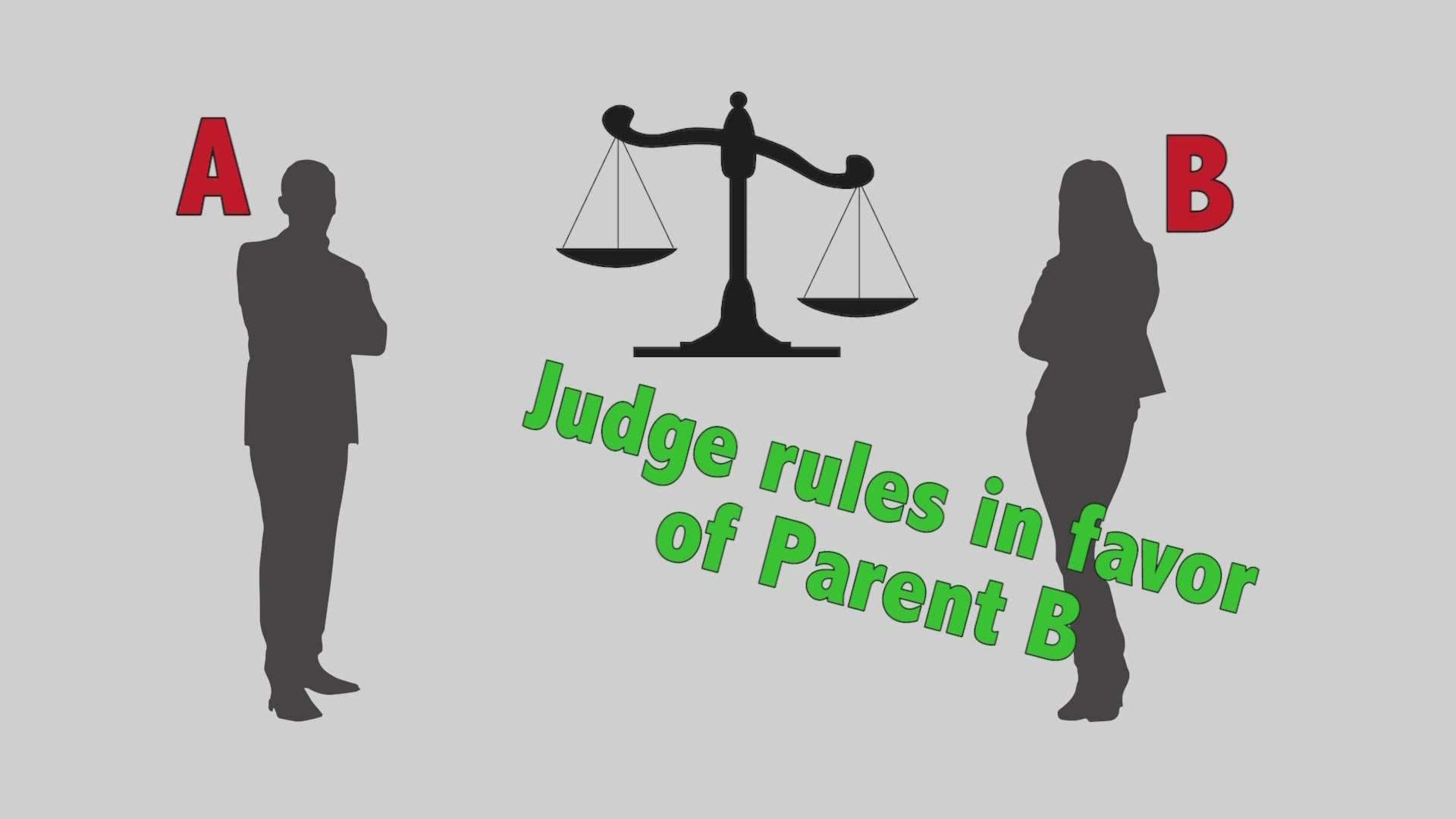 DES MOINES, Iowa — Deciding whether to send your children back to the school building in the Fall, home school, or opt for online learning has been a difficult one for many Iowa families.

Tyler Coe, a divorce and family law attorney with Whitfield and Eddy Law in Des Moines, says the situation is especially complex for children whose parents live in separate households.

Coe received 11 calls Friday from current and former clients asking which parent gets to make the call.

"One parent may be worried that the lack of in-person contact with other students, other children, teachers, other educators; that’s really impacting children’s mental health," said Coe.

On the flip side, Coe says the other parent may worry about their kids getting sick from COVID-19.

"The other worry is, if they do go back into classrooms, there’s not going to be a whole lot of social distancing possible. You know, kids are probably not going to want to wear face coverings. Whatever it may be, these parents are concerned it will only increase the spread of COVID-19," Coe said.

When one parent has primary custody

Coe said when it comes to situations where one parent has primary physical custody of the child or children, case law favors the decision of that parent.

"If one parent has primary physical care of the children, that means they have that label assigned to them specifically by the court: primary physical care parent," said Coe. "They must listen to the other parent, of course. They must take their concerns and consideration; they must have a discussion with the other parent. But ultimately that parent does get to make the call whether it’s virtual, or  in person."

Coe provided the explanation below:

When parents have joint custody

"If one parent wants one thing, another parent wants another; the case law presumes there’s one parent with primary physical care," said Coe. "So who breaks that tie? Probably the court system."

Parent A wants the kids to attend school virtually while Parent B wants the kids to attend school in-person. Joint legal custody generally requires both parents equally participate in decisions regarding education. See 598.1(3); 598.41(5)(b) (requiring physical care parent in a non-joint physical care arrangement to support the other parent’s legal rights); In re Marriage of Weidner, 338 N.W.2d 351, 359 (Iowa 1983) (states joint legal custody is preferred because it encourage parents to share the rights and responsibilities of childrearing).

When neither parent has custody

Coe says, it's another situation when two partners were never married and neither were granted custody by a court degree or order.

However, due to COVID-19, Coe noted that courts have been at a back log.
"The court systems are really overburdened right now," said Coe. "We’re still really backed up due to Covid-19. And this will just add to that layer of over-saturation of the court system."

Don't involve the kids in the decision

Lastly, Coe said whatever the case, don't get the kids involved in the decision.

"If the parents make the mistake of trying to get the kids involved and asking them their opinions which happens, quite often unfortunately in a lot of divorce cases," said Coe.

"One parent is asking the child or the children - hey - what do you want to do? Do you want to go back to school with all your friends? Or do you want to stay home in the house all day with your other parents. So that type of behavior is just exacerbating the existing challenges we see today."