IOWA CITY, Iowa (AP) — The husband of an Iowa health care administrator stabbed his wife to death in April, hours before she was to set to learn about financial... 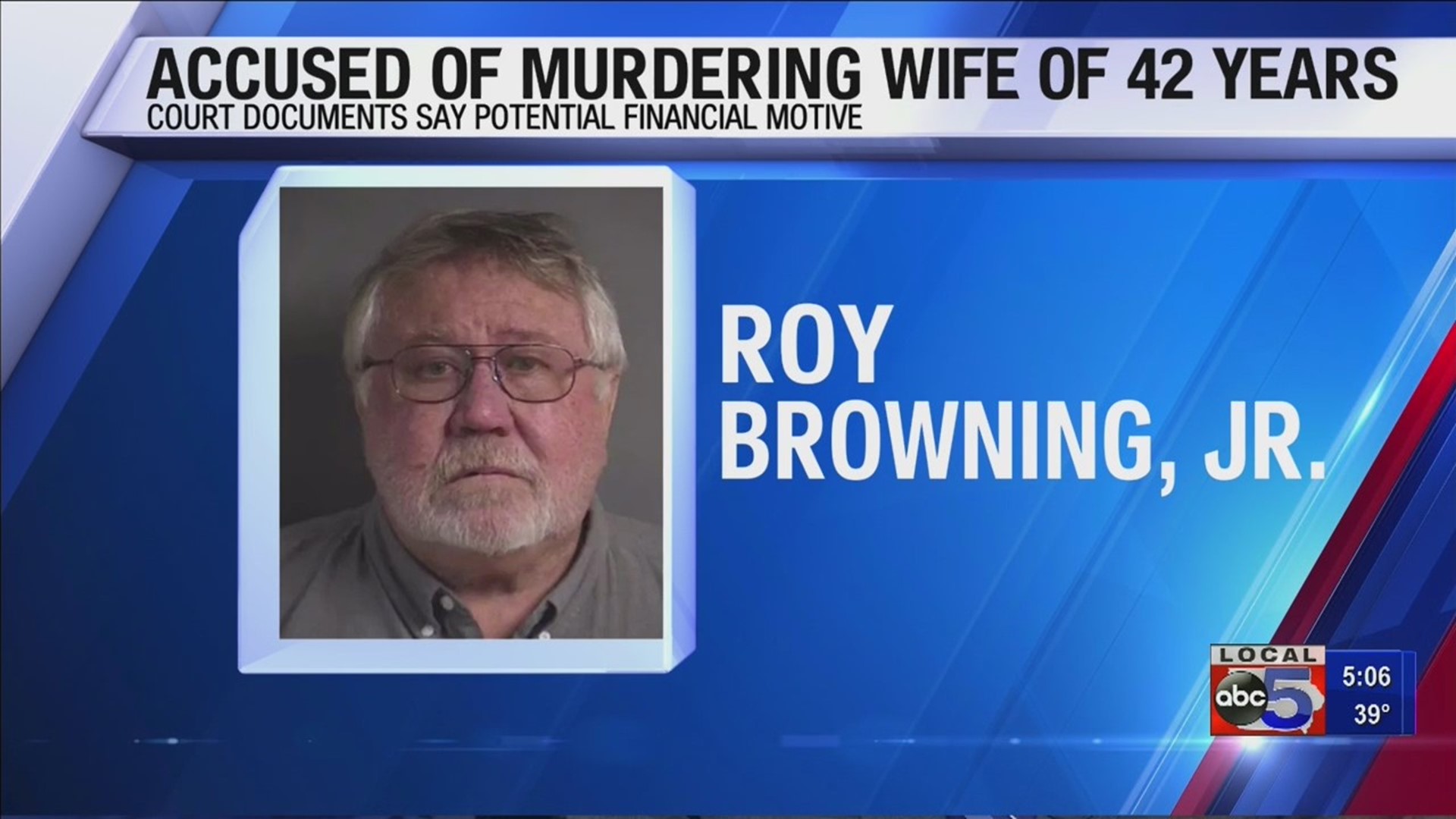 IOWA CITY, Iowa (AP) — The husband of an Iowa health care administrator stabbed his wife to death in April, hours before she was to set to learn about financial problems he had tried to hide from her, police alleged in court documents filed Tuesday.

Roy Browning Jr. of Iowa City was arrested Monday night on a charge of first-degree murder in the death of JoEllen Browning, his wife of 42 years. He was being held Tuesday at the Johnson County jail after a judge set a $5 million bond.

Roy Browning, 67, had called 911 on the morning of April 5 to report that he found his wife unresponsive on her bedroom floor at their Iowa City home.

The death shocked the normally quiet college town where the couple was known as supporters of Iowa athletics and the parents of two adult children.

JoEllen Browning had been the director of operating budgets at University of Iowa Health Care, where she had worked for decades. Investigators said she had a retirement account and life insurance policy worth more than $2 million.

An autopsy found that she had been stabbed in the front and back of her torso and left hand, and her death was ruled a homicide caused by “sharp force injuries.” Investigators found no signs of forced entry into the home, in an upper-class neighborhood near City High School. But they also did not find the alleged murder weapon and Roy Browning denied involvement.

A monthslong investigation found a potential financial motive for the slaying, DNA evidence potentially implicating Roy Browning and suspicious purchases of gloves and paper towels from a paint store the day before his wife was killed, a state detective alleged in an affidavit.

If convicted, Browning faces life in prison without the possibility of parole. His attorney didn’t immediately return a message seeking comment.

Emails and text messages show that JoEllen Browning had been questioning her husband about discrepancies in their bank accounts days before she was killed, agent Derek Riessen of the Division of Criminal Investigation wrote in the affidavit.

An hour after she was reported dead, JoEllen Browning was scheduled to meet with the family’s financial representative to discuss those problems as she prepared to file their taxes, Riessen wrote.

At the meeting, JoEllen Browning was going to learn that one of their savings accounts was depleted, that Roy Browning had taken out loans of which she was not aware and that an account she thought was active never actually existed, he wrote.

Shortly after his wife texted him on April 4 about the meeting the next day, video footage shows that Roy Browning was at a local paint supply store where he purchased rubber gloves and a package of six white towels, Riessen wrote. The store cashier also gave Browning a few latex gloves free of charge after he said he didn’t want to buy a box of 100. Investigators have been unable to locate those items.

Investigators recovered blood on the right-hand nail clippings of JoEllen Browning that showed a mixture of DNA belonging to her and Roy Browning, Riessen’s affidavit alleged. Additional blood evidence was recovered from the bedroom and shower.

Roy Browning had previously been an owner of investment properties and in 2011 founded a company that made promotional apparel and products. But court records indicate he had financial problems in recent years, and Riessen’s affidavit alleged he wasn’t making any money by 2019.

Agents found bank records at the couple’s home that were doctored, showing one account that didn’t exist and another with $97,000 more than it actually had, Riessen wrote. Roy Browning had also taken out $4,000 loans on four different occasions from an Illinois company that charged a 304% interest rate and was directed not to contact his wife, the affidavit alleged.

Roy Browning also paid off a $17,000 debt from a credit card that was in his wife’s name the day after her funeral, and then continued using the card.