DES MOINES — A convicted felon has been caught with a gun in jail. This all happened in Polk County after police arrested Wyatt Franklin for allegedly operating... 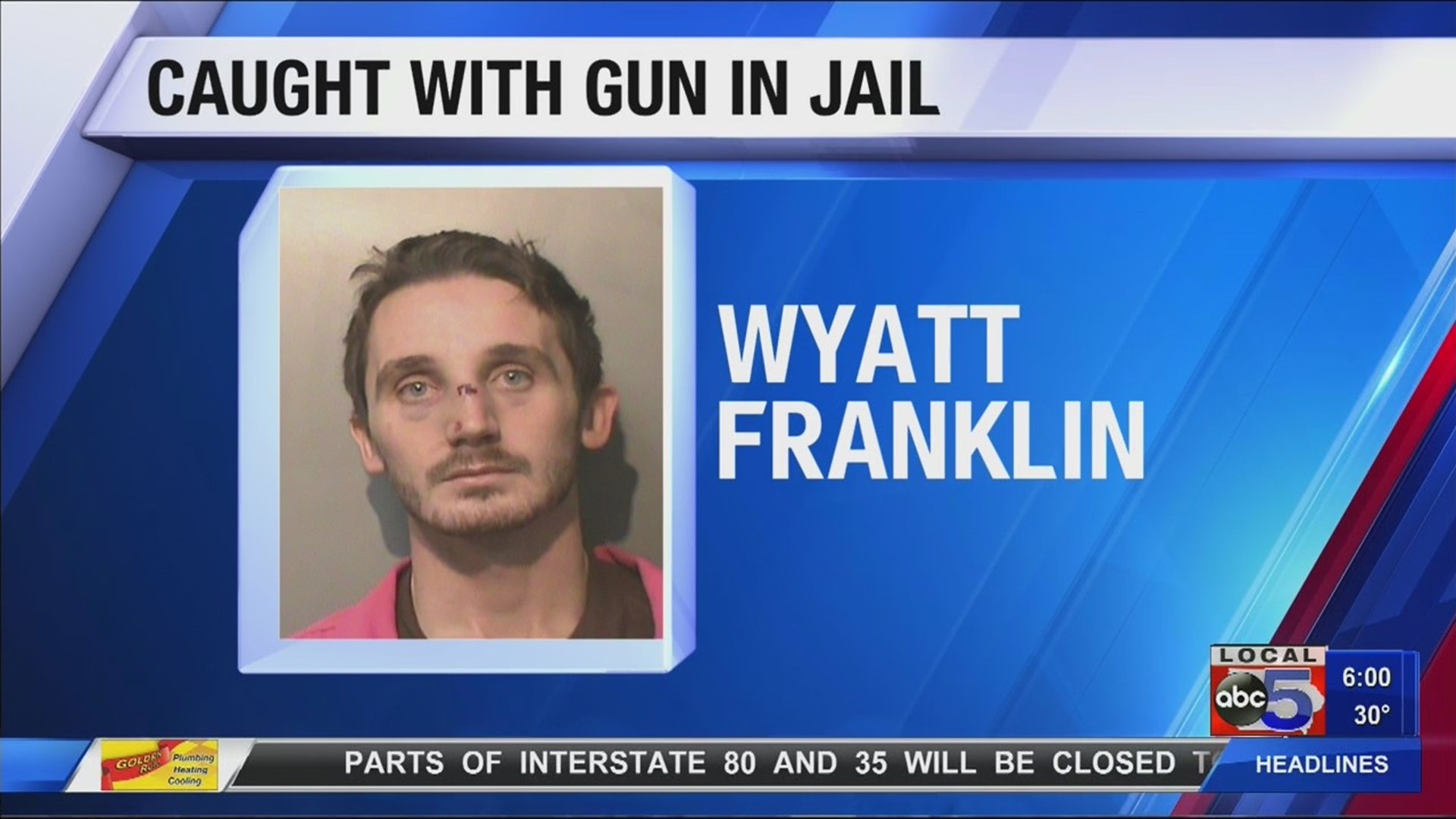 DES MOINES — A convicted felon has been caught with a gun in jail.

This all happened in Polk County after police arrested Wyatt Franklin for allegedly operating a car while intoxicated.

The Polk County Sheriff’s Office is reevaluating their procedures after Franklin was able to get a gun inside.

“When we find something and this unfortunately happens, we learn from it and we change the way that we do things to stay up with it,” Lt. Heath Osberg with the Polk County Sheriff’s Department said.

Wyatt Franklin’s already a convicted felon. Now he faces two more felony charges for having that weapon while in custody.

Lieutenant Osberg said the gun was found after Franklin had a medical emergency and was taken to the hospital.

“When he was there, the detention officer that went with and a nurse when they were changing him out located a lower part of a handgun that was taped to his extreme upper thigh. In his groin area,” Osberg said.

The other parts of the gun were found inside piping that lead from a holding cell toilet.

“This person passed through four or five other officers before the item was found,” Osberg said.

He said criminals always find new ways to get contraband in.

The sheriff’s department is using this case as a learning experience.

“Fortunately it was found, fortunately no one was hurt, but what we will focus on is trying to find out how we can prevent that in the future or try to catch a new hiding place. A better way. A better process and update the way that we do things. We have a responsibility to keep everyone safe and that includes other inmates in the facility,” Osberg said.

In addition to the weapon possession charge, records show Franklin also had other a baggie with contraband in it. That is also a felony charge.