The turnout rate was one of the highest in the country. 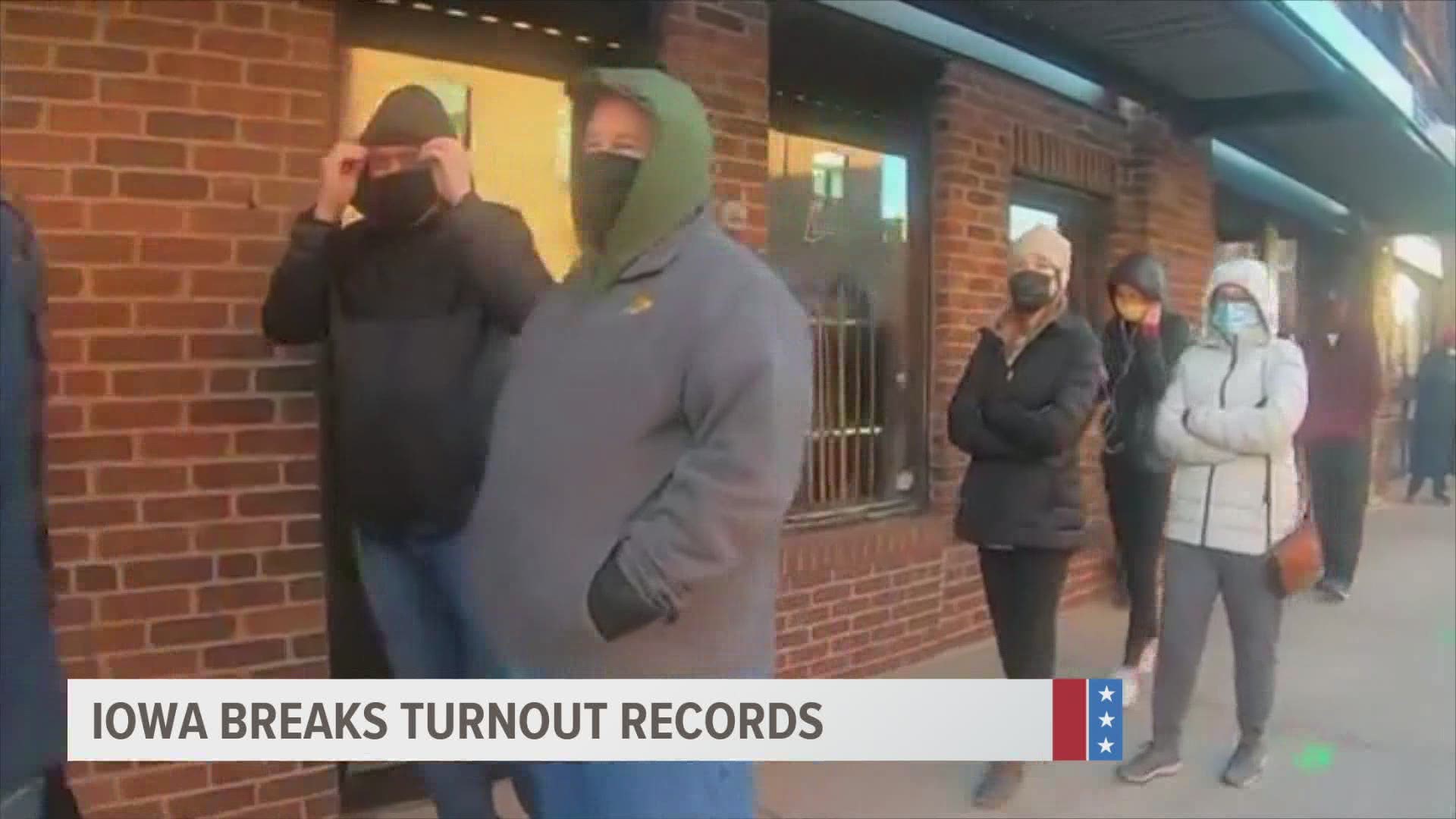 "It was a really good night for Polk County residents, Polk County voters and Iowa in general," Polk County Auditor Jamie Fitzgerald said. "We had lines for about two hours [early on]. The lines did move quickly though."

Dallas County was another county that smashed previous records. In 2016, a little more than 38,000 residents voted in Dallas County. This election, there were more than 34,000 absentee ballots alone cast. In total, the county processed more than 56,000 ballots.

Over in Marshall County, the numbers were almost identical to 2016 but there was a rise in absentee ballots, a common theme across the state.

"I feel like this election there was a lot of interest and hype and how important voting was. I think voting has been stressed a lot over the last month," Marshall County Auditor Nan Benson said Wednesday.

In total, the state processed more than a million absentee ballots.

RELATED: Iowa's 2nd Congressional District: How would a recount work?