IOWA CITY — The Hawkeye community is in mourning Wednesday after the loss of a legendary coach. Former head football coach Hayden Fry passed away Tuesday night ... 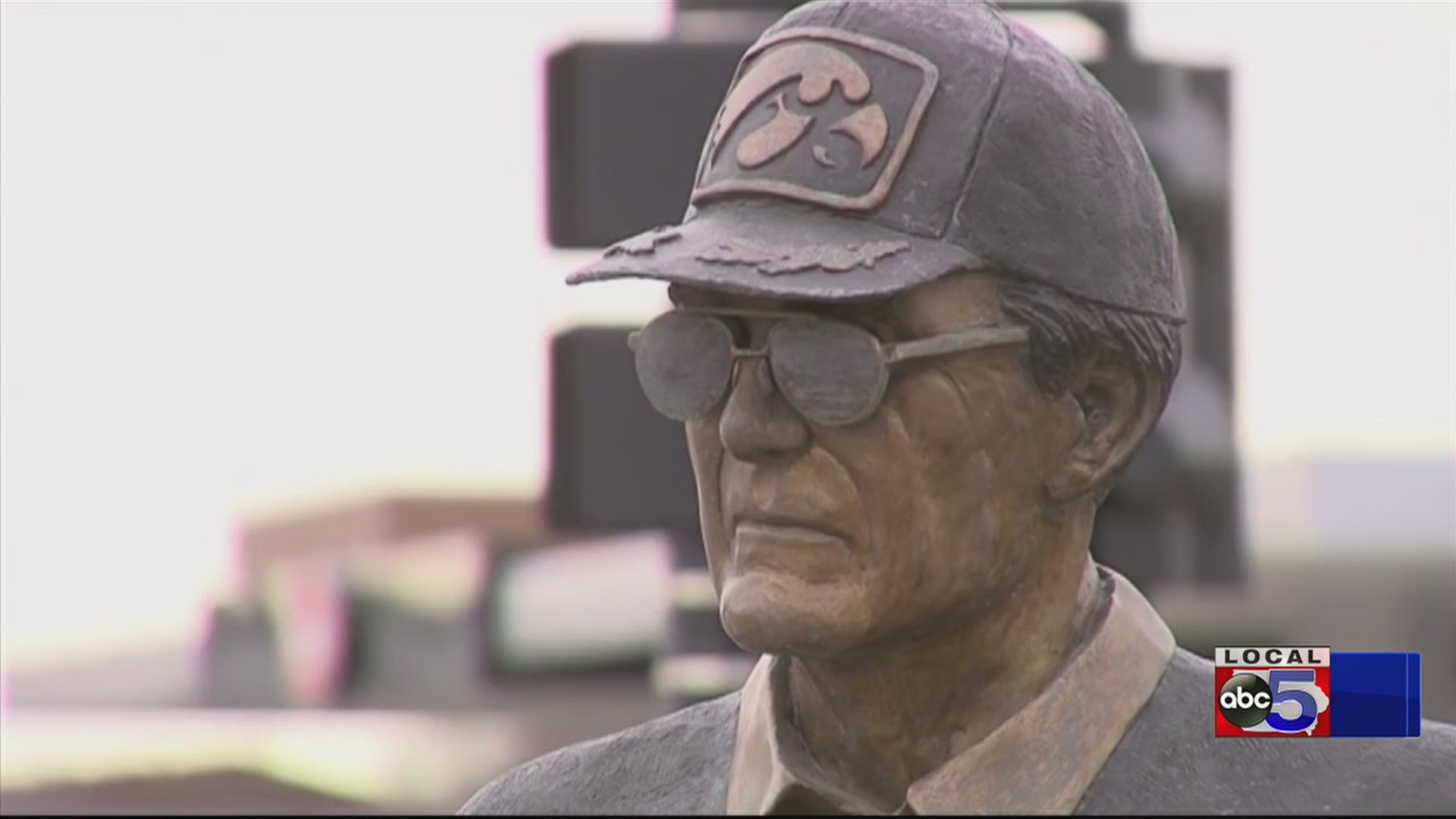 IOWA CITY — The Hawkeye community is in mourning Wednesday after the loss of a legendary coach.

He was in Texas when he passed.

An enormous amount of love for Fry has been seen Wednesday as people have come to show their respect by bringing flowers and other memorabilia to the already well known statue on Hayden Fry Way.

As Iowans remember coach Fry, many say there will never be another like him.

“One of the things I’ll always remember him for is breaking the color barrier in the old Southwest Conference. I think that’s something that needs to not be forgotten,” Matthew Cahoi said.

The Hayden Fry statue stands in front of the Iowa City/Coralville visitors center where employees are remembering a true Hawkeye leader.

“In one word, unique. One of a kind is really what Hayden Fry is. They made one mold of him and then broke it,” said one visitors center worker.

The visitors center puts on an annual Fry Fest.

If you don’t know what that is, it’s a festival that was only meant to last one year of celebrating this road naming of Hayden Fry Way. It is in September, but they say they plan on doing something extra special this year to honor him.