The first draft of legislative and congressional district maps were released by a nonpartisan commission on Thursday. 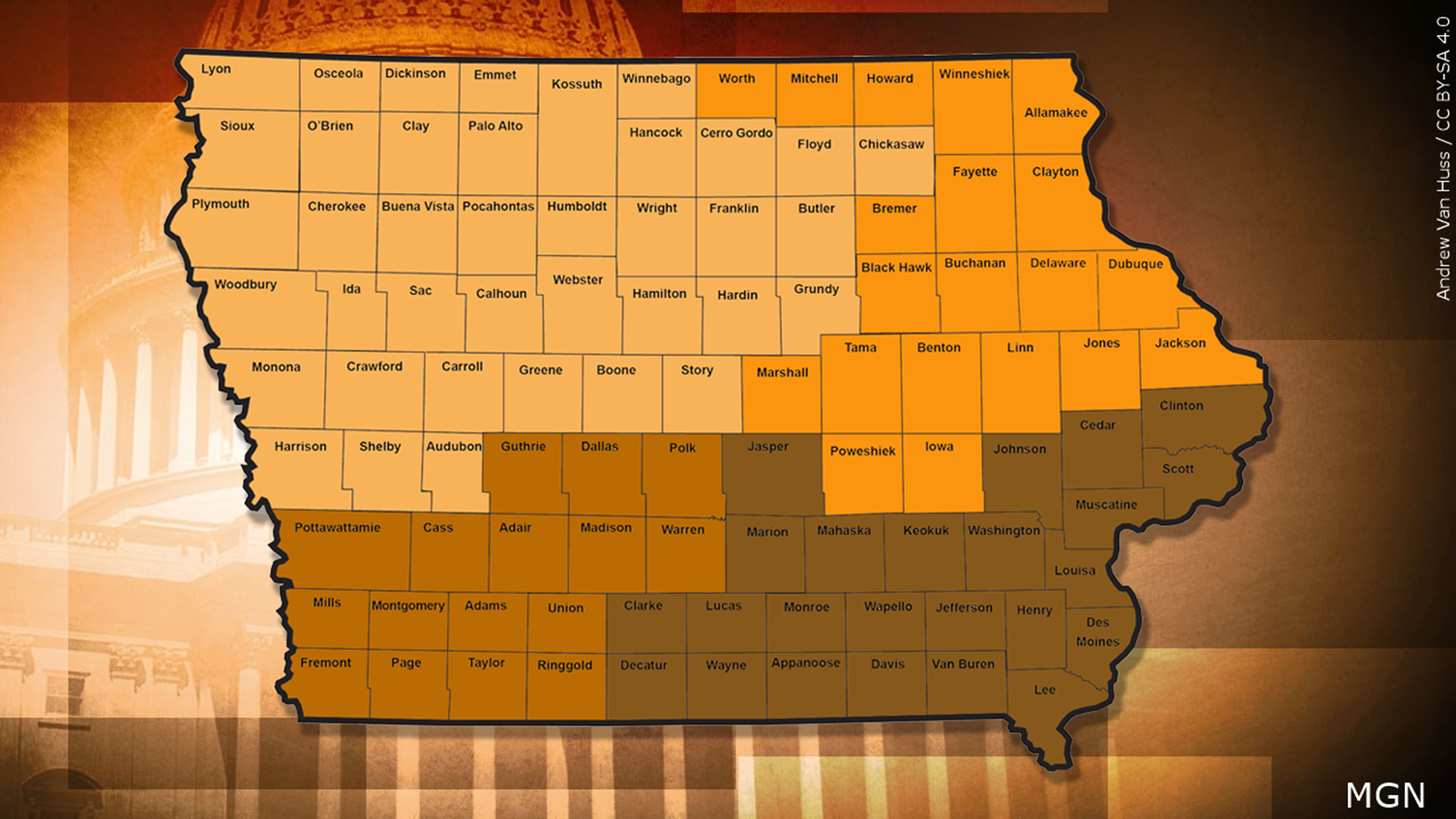 DES MOINES, Iowa — Thousands of Iowans might be voting in a new congressional and legislative district the next time they go to the ballot box.

Of the 99 counties, 49 would move to new congressional districts. The ones impacted are noted with a star in the map below.

Republican Speaker of the House Pat Grassley called the redistricting process "one of the fairest in the nation."

"After months of delays, we now have a proposed set of maps for redistricting in front of the Iowa Legislature. We will do our due diligence and review it thoroughly to ensure it is a fair set of maps for the people of Iowa."

House Minority Leader Rep. Jennifer Konfrst praised the new drawings as well, saying she would approve them when state lawmakers return to the capitol in October for a special session to approve the maps.

"These maps were drawn fairly, in connection with Iowa code, and that should be the standard we're considering when deciding whether or not to vote for a map," Konfrst said.

The districts are drawn based on data from the U.S. Census Bureau submitted to states in August.

Use the slider in the graphic below to see the differences between the 2010 congressional districts and the proposed 2020 districts.

Iowans have an opportunity to weigh in on the new maps. The commission will host three virtual hearings next week:

The commission will take the public comments and can decide whether or not to redraw the maps and resubmit them.

Iowa state lawmakers have the final say when they meet in a special session on Oct. 3.