The current estimated cost of the storm is around $7.5 billion, according to federal officials. 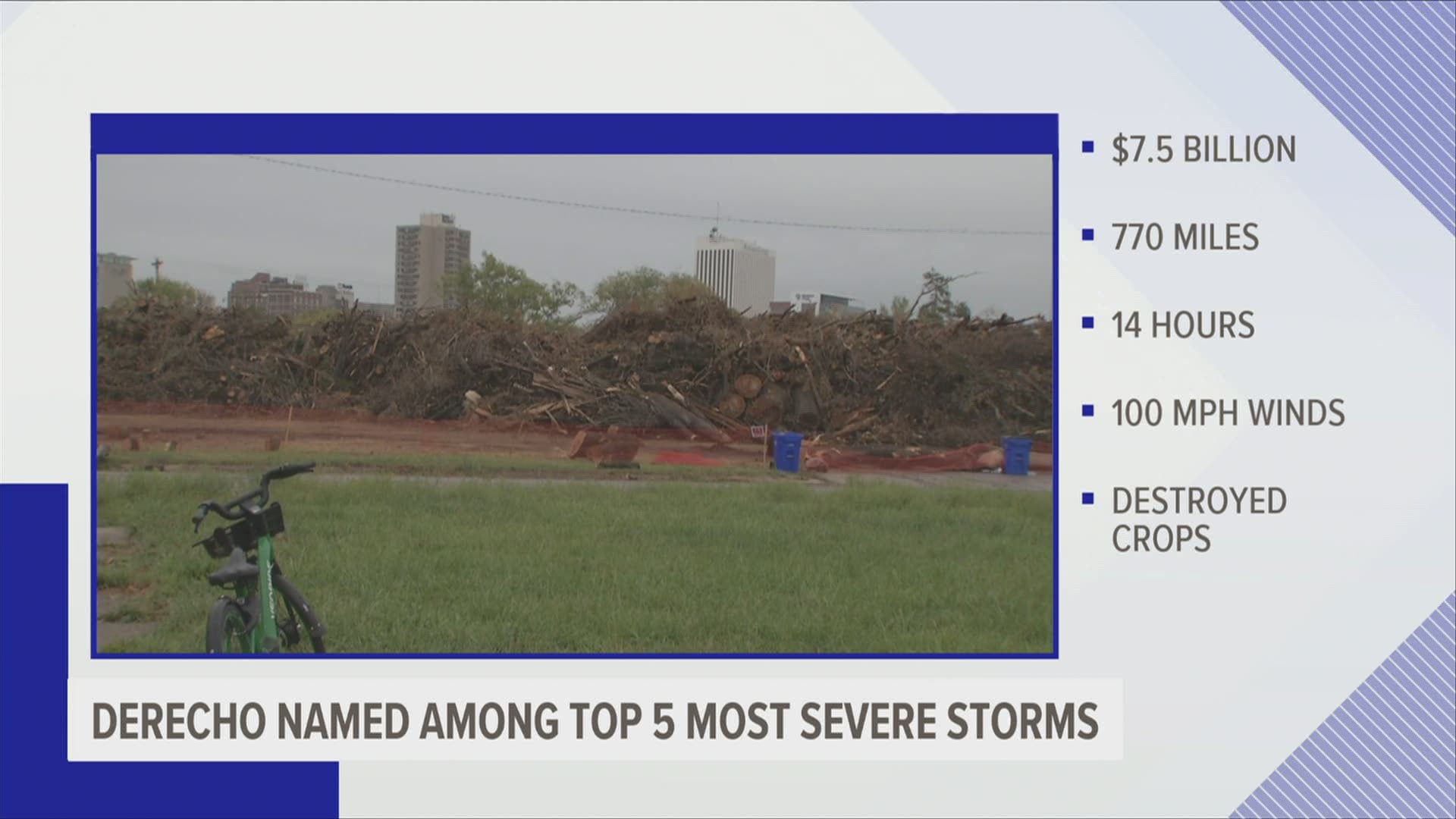 DES MOINES, Iowa — August's derecho is estimated to have cost more than $7 billion in damages, according to the National Centers for Environmental Information (NCEI).

The NCEI, which is part of the National Oceanic and Atmospheric Administration, says the current estimated total cost for the destructive line of storms stands around $7.5 billion.

The derecho began in South Dakota, tore through Iowa and slowed to a stop in Ohio, traveling 770 miles in 14 hours. The derecho is fourth place on the list of 126 severe thunderstorm and tornado-related disasters in the U.S. since 1980.

The storm reached speeds over 100 mph across the state. Cedar Rapids got the brunt of it, where more than 100,000 people were still without power for more than a week after the storm.

The derecho also demolished crops across the state. Corn and soybeans that were already stressed from drought conditions led to the "flattening of millions of acres of crops" following the derecho.

The USDA NAS Crop Progress Report dated for Aug.31 reported 25% of Iowan corn was rated as poor to very poor while only 19% of the state's topsoil moisture was rated as adequate.