The Vaughn family has been going through ups and downs for schooling since July. 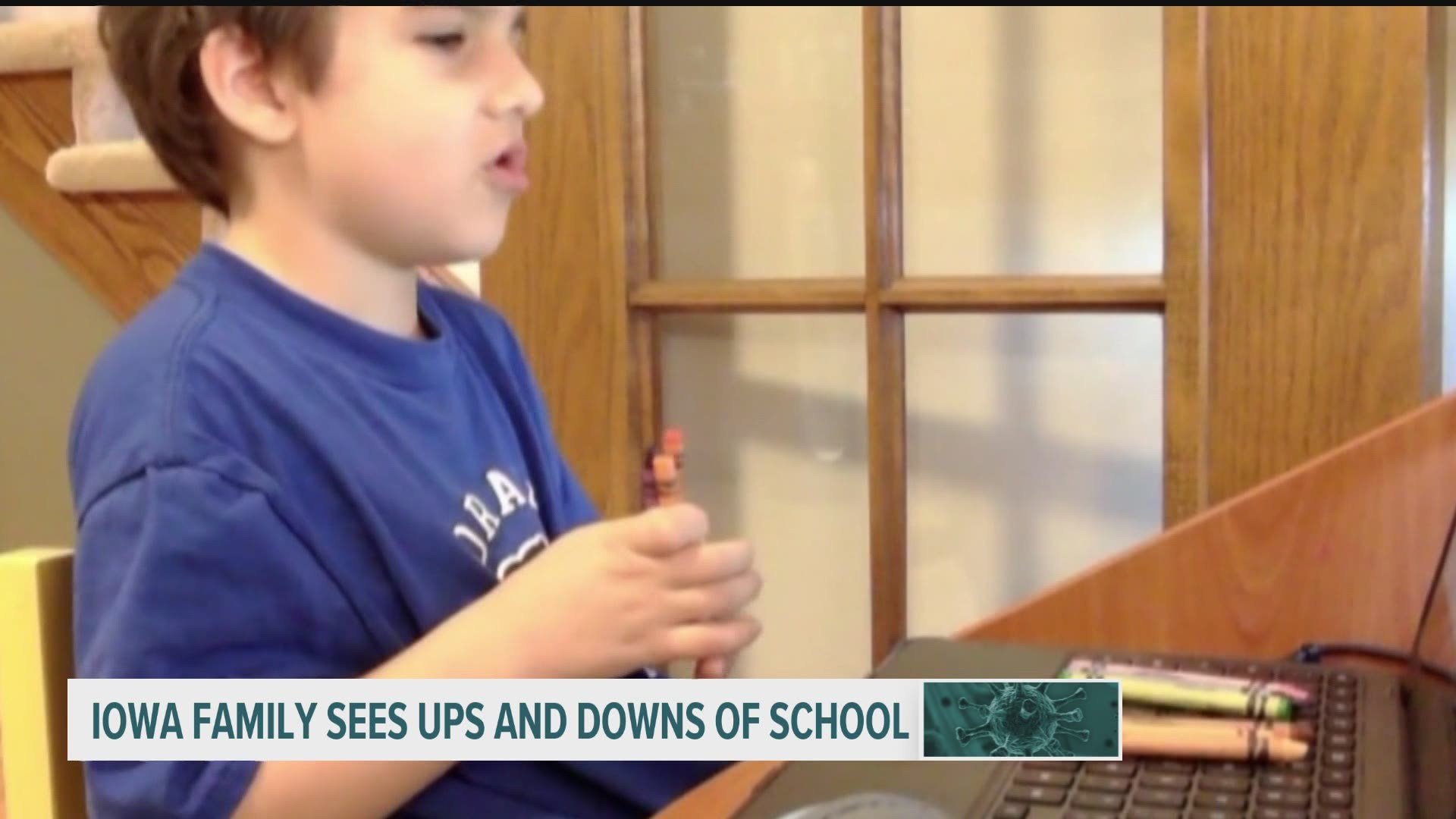 URBANDALE, Iowa — Keeping a five-year-old on task for any period of time is a feat. But doing it while also working from home, juggling constantly changing schedules, and moving into a new house is quite the undertaking.

That's the new normal for the Vaughn family, much like many Iowa families sending children to school for the 2020-2021 school year.

"It's kind of just one day at a time," said Michael Vaughn.

Our team has been following Vaughn and his kindergarten-aged son, Simon, since July. Simon was part of the first class to go to school during the pandemic. He attends the year-long Rolling Green Elementary School in Urbandale.

And they started the year online because of the rising number of coronavirus cases in the community.

That began the rollercoaster of schedule changes and adjustments the Vaughn family has experienced for months.

"The 100% online learning for the first time around was fine, it was ok," said Vaughn. "Then we went to hybrid. Now we're back to totally online. And we're struggling to get back into that routine. It's kind of just finding our rhythm."

Throughout the school year, the Urbandale Community School District has had to apply and re-apply for two-week temporary waivers from the Iowa Dept. of Education to move to complete online learning. Thankfully for Vaughn and his wife, they work from home for the foreseeable future and so they haven't been upended as much as other families.

"A lot of people have multiple kids," said Vaughn. "I don't know how they're surviving. We're barely treading water on some days."

Vaugh and his wife moved during the beginning of the school year, throwing another wrench into their day to day schedules. But now, Simon has his own designated area in the house for school, allowing both of his parents to keep an eye on him throughout the day. 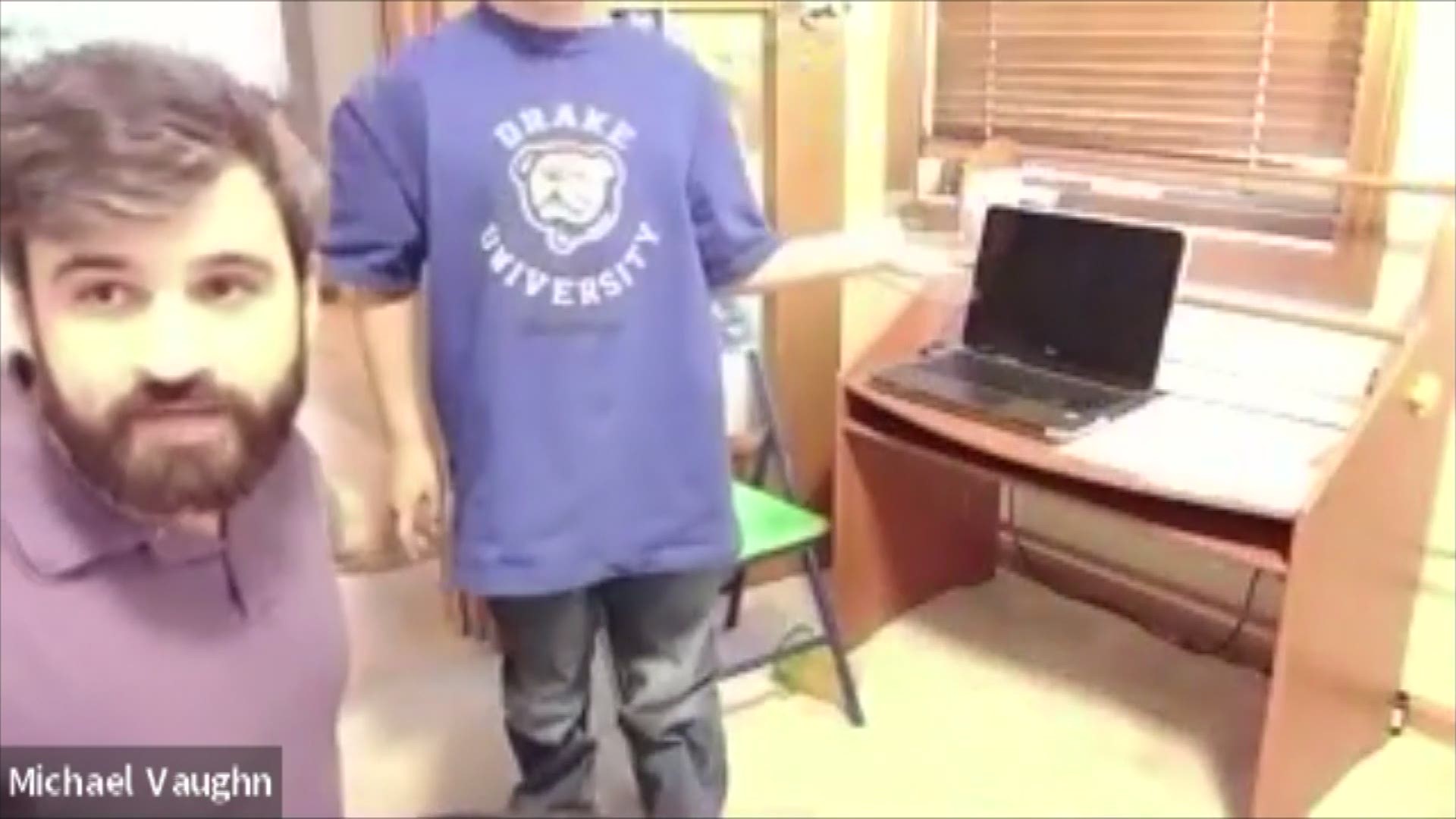 "I'm finding that you can let the teacher teach," said Vaughn as to how he's learned to handle virtual school for his child. "And I'm sure they know that the parents are always listening. But it's been hard for me not to feed him the answers."

Vaughn said one of his main frustrations with school during a pandemic remains the lack of planning and knowing what's to come.