Iowa farmers add winter weather to list of struggles for 2019

MADRID — To some, snow-covered fields may be enchanting. But for Morey Hill, a corn and soybean farmer in Madrid, it’s a threat to his livelihood. “... 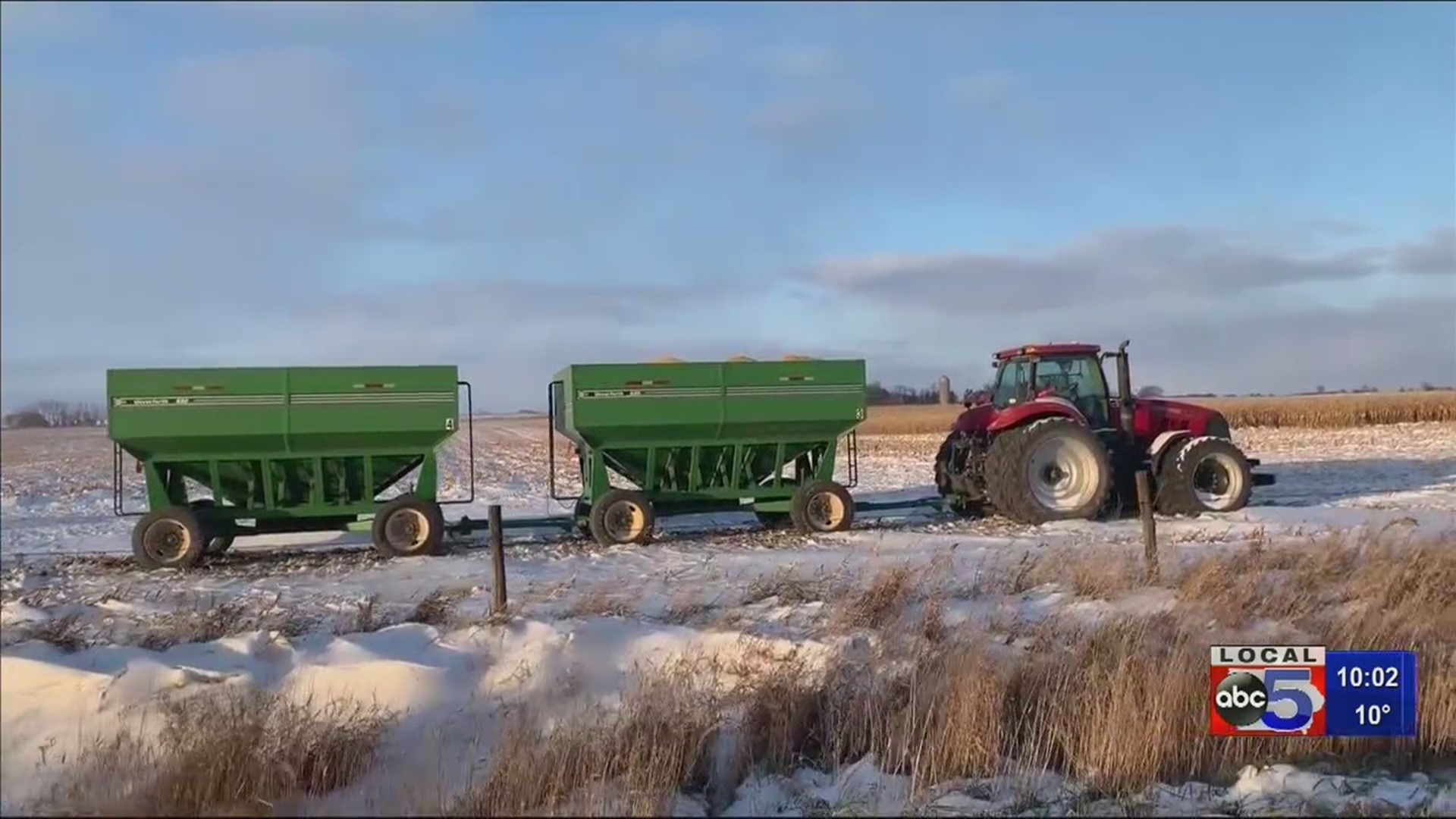 MADRID — To some, snow-covered fields may be enchanting. But for Morey Hill, a corn and soybean farmer in Madrid, it’s a threat to his livelihood.

“[The snow] would be pretty if it was December 22,” said Hill. “It’s put everything to a grinding halt.”

Morey still has 70 acres of corn yet to harvest, but Monday’s snow meant he couldn’t run his combine, getting even further behind on his harvest.

“With the spring weather that we’ve had, and the summer heat…and here we are with the weather again. It just seems like it’s one thing after another.”

It’s reflecting in the USDA Crop Progress Report. In early November, Iowa saw just over 40 percent of corn harvested, compared to the 70 percent harvested at that time on average for the past five years.

“The Fall time of the year is usually the most anticipated, joyful time for a farmer because you get to reap the benefits of all your hard work,” said Jerry Anderson, regional director for the Iowa Farm Bureau. “But this year it’s been a struggle to get the crop in and it’s a struggle to grow it and a struggle to get it out.”

Morey just hopes, that until the snow melts, this lost day of harvest is mother nature’s way of telling him to rest.

“It doesn’t hurt to take a breather,” said Morey. “So maybe that’s what today was for.”