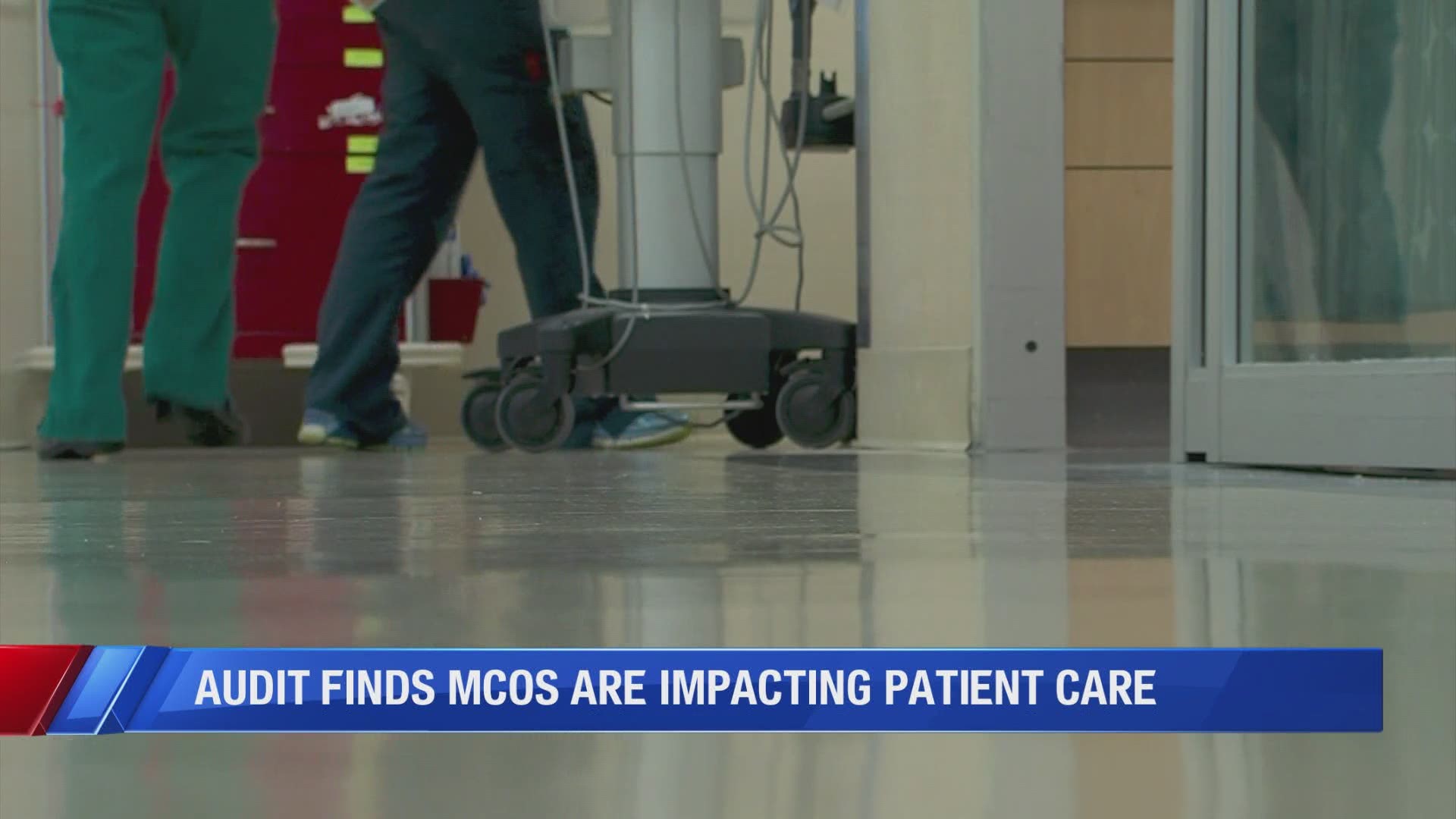 What was the survey about?

In 2016, Iowa privatized it's Medicaid program.

Supporters of the privatization said it provides patients with better care while saving the state money, but according to the survey released Monday, many providers feel it just made things more complicated.

"If you recall in 2016 when Medicaid was privatized, then Gov. [Terry] Branstad said that it would decrease costs, improve access and improve quality," Sand said at a press conference Monday morning. "This report is one attempt to take a look at access, quality, as well as some figures related to cost from a provider perspective."

In short, Sand wanted to find out the impact of privatization on Medicaid.

A short lesson on Medicaid history

Medicaid is a public health insurance program for low-income families or individuals.

The Iowa Department of Human Services (DHS) manages Iowa's Medicaid program, which is funded through state and federal dollars.

Prior to 2016, providers serving  Medicaid patients would bill directly to the Department of Human Services, but in 2016, the state switched to a managed care organization (MCO) model.

In short, this model creates a middleman for the Medicaid program.

In August of 2015, four MCOs were awarded contracts to administer this program.

Only one of those four MCOs is still in the program, Amerigroup Iowa. DHS established another contract with Iowa Total Care - Centene in July 2019. Those two MCOs have been in the program since.

What the survey found

About half of the providers surveyed said privatization has negatively impacted patient care, according to the report.

According to Sand, 11,801 providers are eligible to provide Medicaid services.

877 providers responded to the survey.

Sand said the surveys were distributed and completed in November and December of 2019.

The image below shows more details on what kinds of providers were surveyed.

During Monday's press conference, Sand said he oversampled hospitals in the report.

"Hospitals are both some of the biggest, in terms of dollar value, flowing through Medicaid dollars, but also just in terms of life in small town and rural Iowa some of the most important," Sand said.

Credit: WOI
This table details responses on "quality of care" from Medicaid providers. This is Table 25 in the report.

Another question on the survey asked providers to list three positive impacts privatization may have had on their business. According to the report, two-thirds of providers instead chose "other" and then said there weren't any positive impacts or listed a negative impact instead.

Where does this go now?

The audit found that there isn't a standard model for authorizations, claims coding, claims processing and timeliness across MCOs. Each has their own set of standards of what is or isn't authorized across all boards.

Sand recommended DHS and IME to consider establishing a single set of policies, procedures and requirements to implement within current and future MCOs.

"We value the feedback from all Iowa Medicaid providers and have continued to implement improvements to our Medicaid program based directly on their feedback. Our program also includes stronger accountability measures and we withheld funds from an MCO that did not pay providers on time. Oversight of our managed care organizations (MCOs) is essential to ensuring providers are supported by timely and accurate payments so they can continue to provide critical care for Iowans."

Last week, officials announced that Randol will resign from his position in mid-August after serving nearly three years as the director.

Read the full report below: