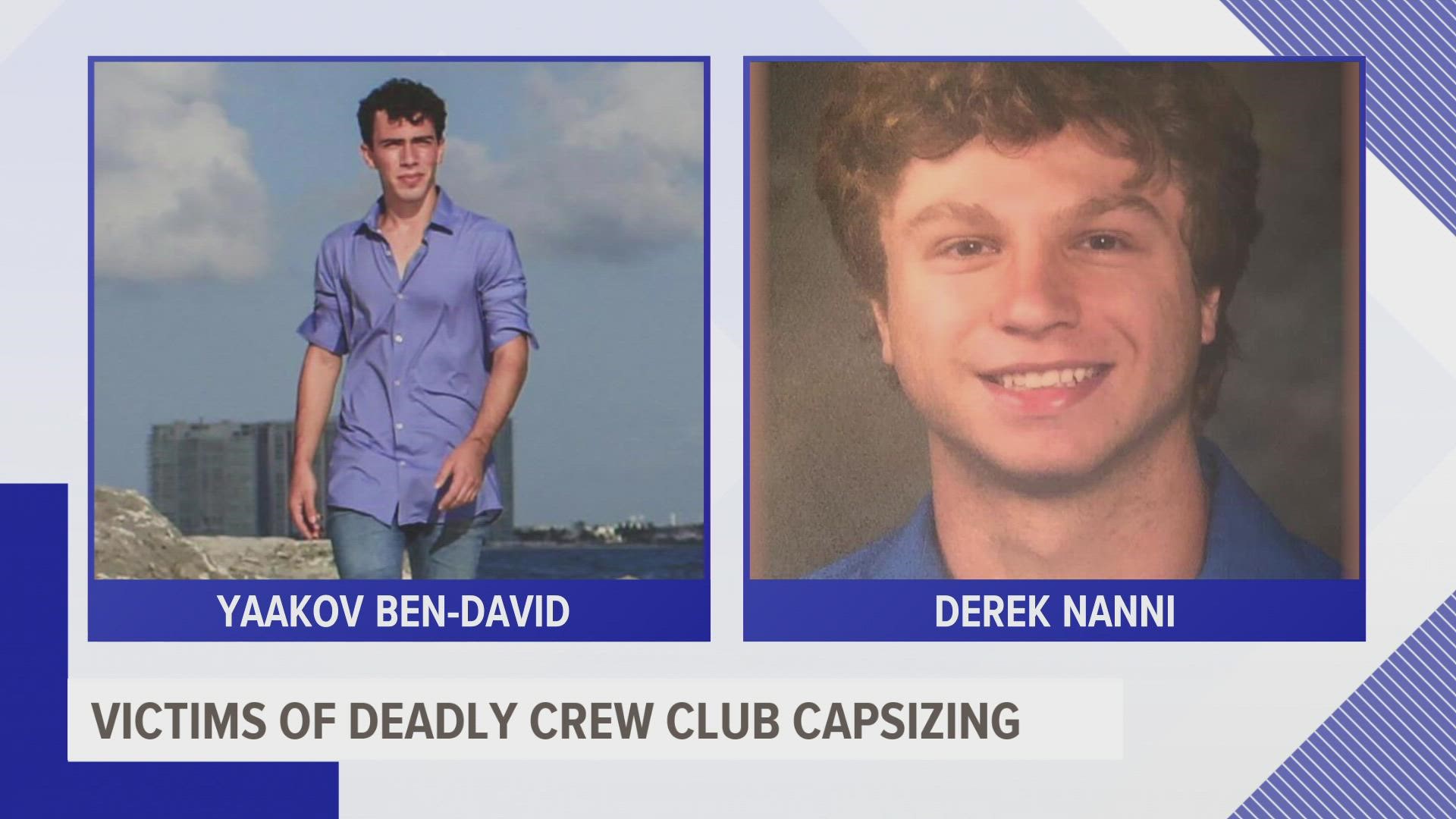 AMES, Iowa — Two reviews commissioned by Iowa State University say the university failed to implement health and safety policies for sports clubs which led to the deaths of two crew club members back in March.

One review was independent and the other was internal. The independent review was conducted by the U.S. Council for Athletes Health (USCAH) with assistance from Mark Wilson, who is the co-founder of All American Rowing Camp.

The internal review was completed by a "committee of university personnel with student activity and student organization expertise from the Office of University Counsel, the Office of Risk Management, the Student Activities Center and the Department of Public Safety Transportation Services."

The actual reviews have yet to be released. The university says they will be released after "appropriate student-privacy measures" are completed.

ISU broke down the findings in the press release, noting the similarities from both reviews.

Both reviews found ISU to be "deficient" in implementing health and safety policies.

"This deficiency led to an inadequate level of health and safety oversight, training, and support for the Crew Club, as well as other higher risk sport clubs," the release says. "The current operating and management structure of student organizations generally allows sport clubs, including those like the Crew Club, to operate largely autonomously without prescribed and consistent oversight by the university."

The reviews also concluded that the university "failed to clearly define roles and responsibilities for effective oversight of sport clubs, especially for higher risk activities such as the Crew Club."

The press release says the Crew Club leadership "failed to follow critical health and safety procedures identified in the club’s constitution, its governing document" on the day of the accident.

The following health and safety standards weren't applied on the day of the accident:

Because of all of these findings, ISU will be suspending Crew Club activities for "at least the 2021-2022 academic year" for health and safety measures to be adopted.

Appropriate offices will be tasked with developing a new plan for the reconstruction or reorganization of the sports club category of student organizations. That plan must "at minimum" include the following: