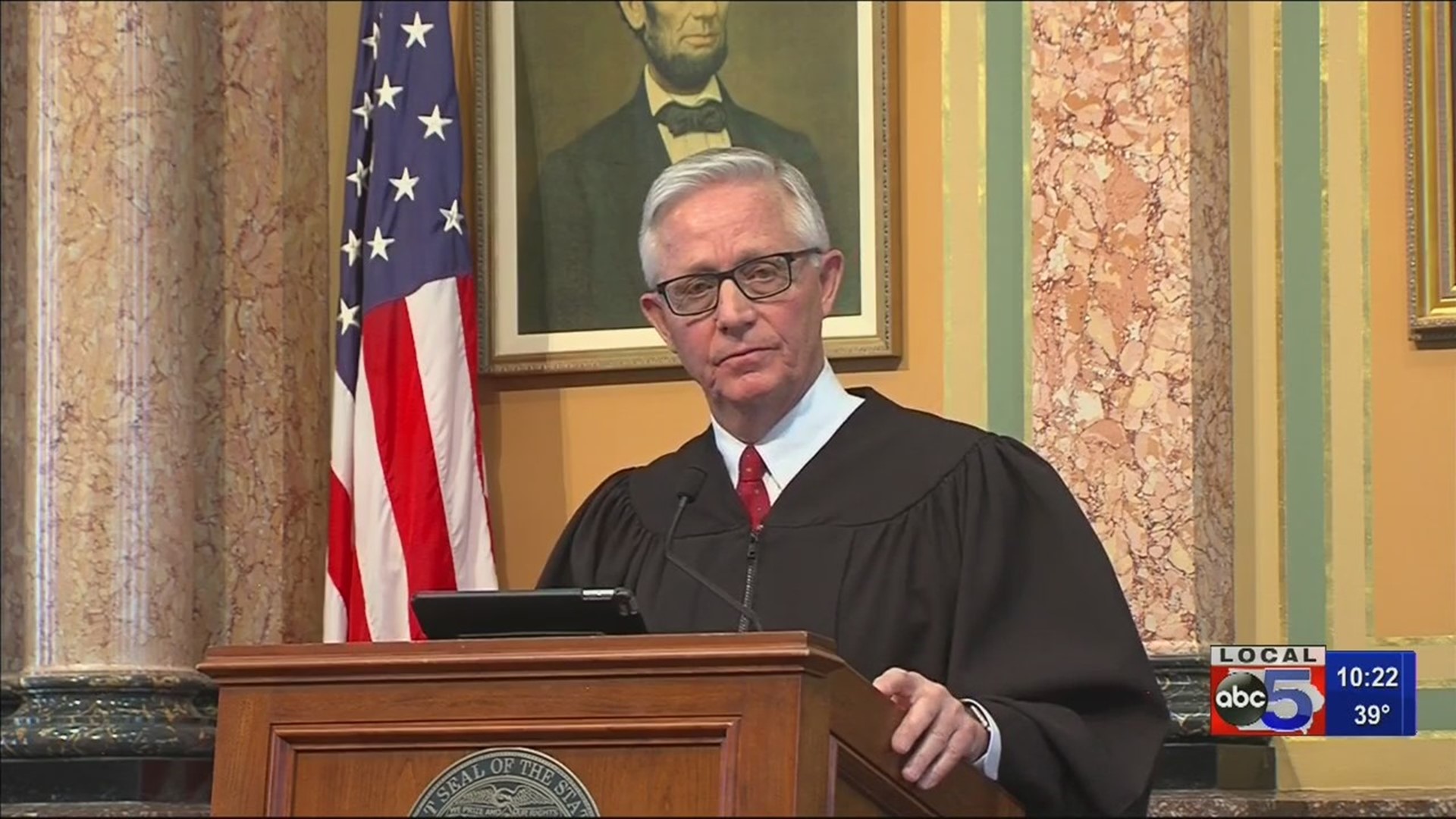 The Iowa Supreme Court Saturday announced a public celebration of life will take place Wednesday, November 20 at the Knapp Center on Drake University’s campus. The service will begin at 10:00 am. They said that private family services are planned.

Justice Cady was out walking his dog when the incident happened.

A source close to the family told Local 5 someone found his dog walking near Cady’s condo in Des Moines where the dog led a bystander back to Cady on the sidewalk.

His wife Rebecca Cady was reportedly in Texas Friday night. His wife is on her way back to Iowa now from visiting their granddaughter.

“The Iowa Judicial Branch is saddened to report that Iowa Supreme Court Chief Justice Mark Cady has passed away. He was wonderful individual and exceptional judge, respected and beloved by his fellow jurists. His passing is a great loss to the court and the state he so loyally served. We extend our deepest condolences to his wife Becky and his family.”

This statement from the family was released on the Iowa Judicial Branch website:

Statement from the family

“Chief Justice Cady was a selfless public servant with a strong passion for the law and justice. He was a great Iowan who was respected by all. We will miss leadership on the Court.

“We are keeping his family, friends, and colleagues in our thoughts and prayers during this difficult time.”

Governor Kim Reynolds has ordered all flags in Iowa to be lowered to half-staff Saturday, November 16th to sunset on the day of Justice Cady’s memorial service

Local 5 will continue to update this story as we learn more information.