'It's day by day.' Managing winter sports as some schools go virtual

Multiple schools around the metro are spending at least part of November doing virtual learning, which is making it difficult to start winter sports. 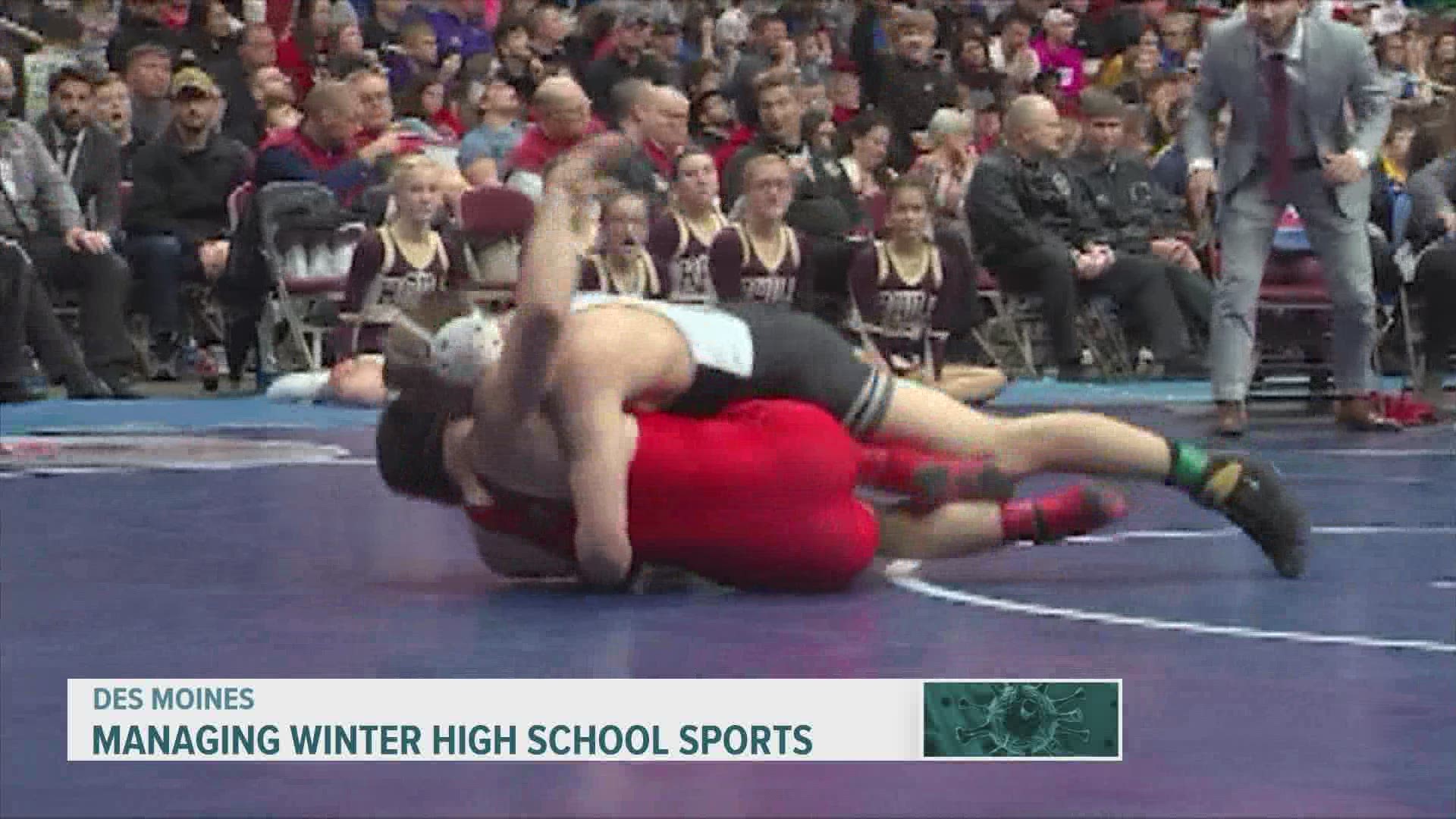 DES MOINES - Aside from the schools still playing in this week's football state semifinals, high schools are turning the page to winter activities.

But now, athletic directors are feeling the same thing they felt back in August; uncertainty as some schools are returning to online learning.

"The thing that we've all found is flexibility, patience and fluidity," Gary Ross an Associate Director for the Iowa Girls High School Athletic Union and former Johnston Athletic director said.

Officials, athletic directors, coaches and athletes are putting all of those to use again, as they try to navigate a new season with Covid-19 cases spiking across the state

"We recognize that we hardly know what it will be like one week from now let alone a month or two months," Ross said.

Just look at the Central Iowa Metropolitan League, where 8 of 18 schools are spending some part of November doing virtual learning. The biggest of those being the five Des Moines high schools that are online until at least the end of the month.

As of November 11, Ames High School is not online but they are feeling the changes of other schools in the area being forced to pause activities.

This shift back to virtual learning comes right as schools would be starting their winter athletics seasons, which only adds to the chaos.

"We've got about two weeks here before our game schedules kick into action so we are a little bit ahead of it," Johnston said. "But we already have started the adjustment process for the schools that have gone online for their two week intervals coming up."

So as everybody tries to get players back on the court and the wrestling mat safely, they do so realizing the only certainty the next few months is change.

"As you know things change, even the last week look at the number of cases around the state. It's gone up immensely and we don't know how it's going to go. Maybe it will get worse, maybe it will get better," Ross said.

Ross told Local 5 the IGHSAU likely will not start to have a playoff plan until after the first of next year.