The idea for LGBT History Month first came from a high school teacher in Missouri. 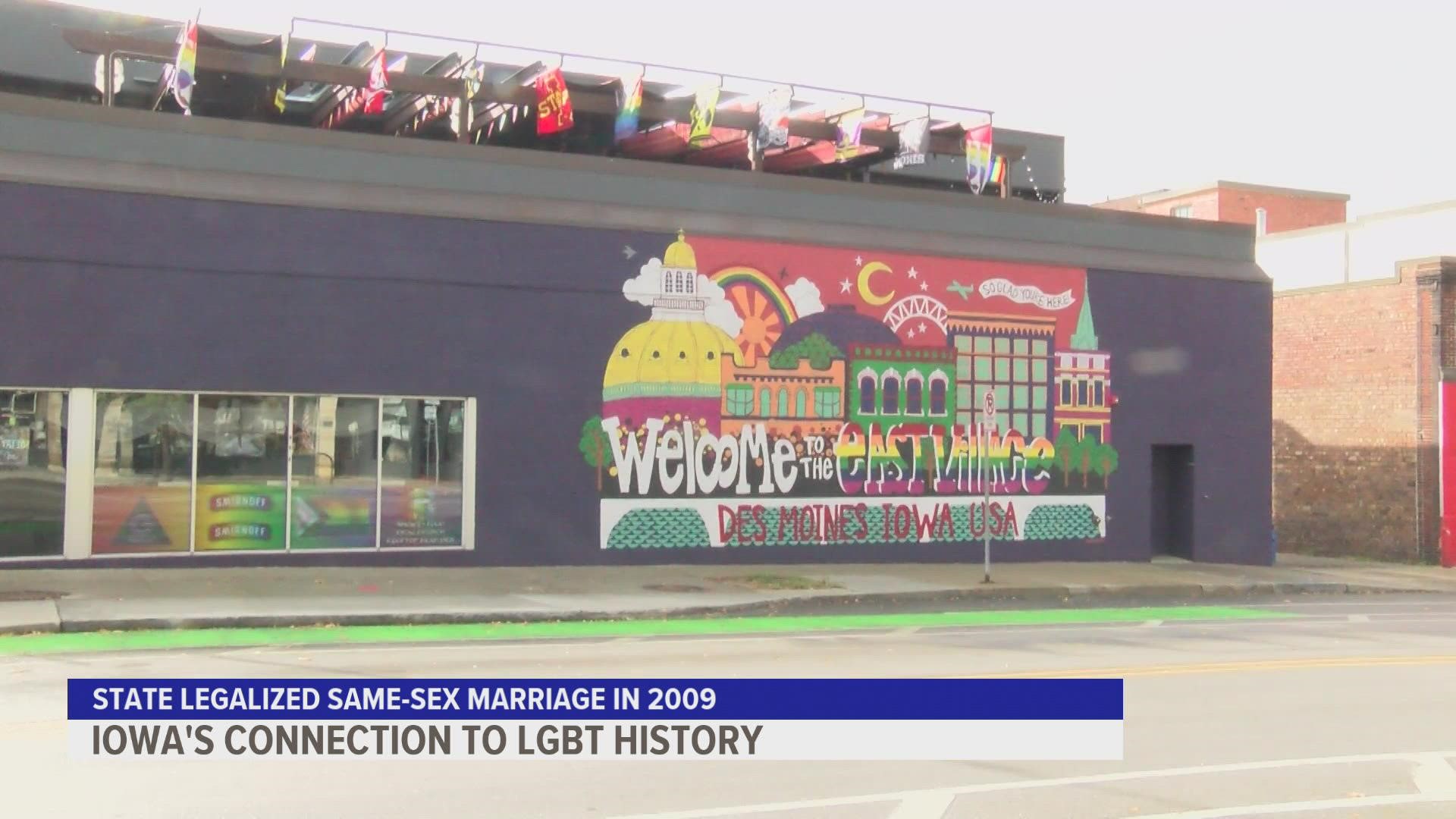 DES MOINES, Iowa — October is LGBT history month. It's a chance for community members to recognize the progress that's been made so far— and recognize the leaders of the future.

"It's all about raising awareness and just bringing those conversations and normalizing them, especially for people who are potentially looking to come out or have those open conversations," said Darek Lambert with Capital City Pride.

Iowa has a strong connection to LGBT history; the state added gender identity and sexual orientation to the Civil Rights Act in 2007, and legalized same-sex marriage in 2009, six years before it was federally legal.

Now, members of the community are celebrating the legacy of those who came before.

Despite the progress that's been made, there are still struggles. In 2021, the Iowa legislature introduced 15 anti-LGBT bills, many of them targeting transgender Iowans.

RELATED: 2021 record year for anti-transgender bills in US and Iowa

"While we did see attacks in the past on lesbian, gay and bisexual folks, the main majority of attacks are on our transgender and nonbinary community," Reyes said.

Even so, community members are taking the time to celebrate the people making a difference. One Iowa, an LGBT advocacy group based out of West Des Moines, will be giving out its Legacy Leader awards to six Iowans.

"They were formed to really make a hall of fame for LGBTQ folks who have continued to show up for their community have made impacts across our state," Reyes said.

There will be a virtual ceremony on Friday, Oct. 13 at 11:30 a.m. to recognize all of the winners. A link to the event can be found here.