Iowans with disabilities feel turned away by Test Iowa

Accessibility barriers are putting added stress on people with disabilities. 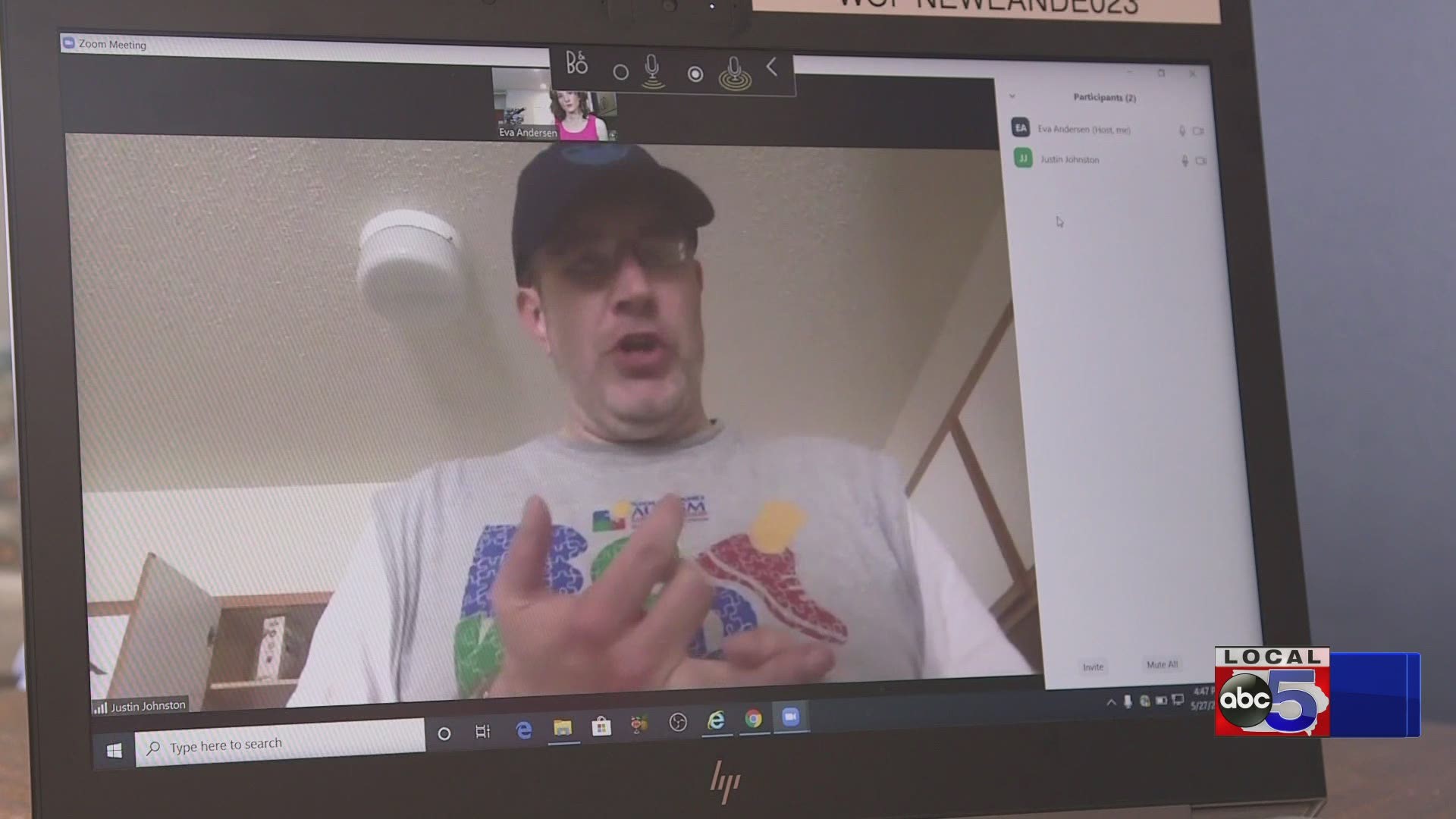 DES MOINES, Iowa — Last Thursday, when expanding the Test Iowa qualifications, Governor Reynolds said at her news conference that any Iowan who wants to be tested through Test Iowa can be.

But in a news conference Wednesday, she said people with disabilities might need to find other options.

That includes Justin Johnston from Sioux City. He experienced several COVID-19 symptoms, so mid-May, he took the Test Iowa assessment and qualified--even before the test sites were open for everyone.

"When I finished it gave me some sort of code because I qualified to get tested," Johnston said. Local 5 obtained the email of his appointment confirmation as well as an image of his qualification, shown below.

However, unlike most Iowans, Justin can't drive through a testing site.  As a survivor of a brain injury at a young age, he has epilepsy and can't legally drive.

He went to the Sioux City site in person (before it was eliminated), to ask how he might be able to walk through an appointment. He was told that wasn't an option.

When he called 211, he was told to take take a taxi or ride share service, or a family or friend to have them transport. But he didn't feel that was fair to do to a driver that he did or didn't know.

"I don't wanna [infect them]," said Johnston. "If do have [COVID-19], what's gonna happen here? Am I gonna get these people sick too?"

Wednesday, when a Des Moines Register reporter asked about people with disabilities, like Justin, having accessibility issues, Governor Reynolds responded by saying Iowans with access issues should either ride with a family member or friend to Test Iowa, or find new options altogether.

"Test Iowa is not the only testing option," said Reynolds in Wednesday's press conference. "Figure out a way to provide solutions for individuals instead of just focusing on one element."

Jane Hudson, a lawyer who serves as the executive director for Disability Rights Iowa, said a response like that is illegal.

"Under the [Americans with Disabilities Act], you can't just be told 'well there's other possible alternatives, check them out,'" Hudson said.

RELATED: Two Ankeny businesses temporarily closing due to an employee affected by COVID-19

She argues that by not modifying the procedures (drive-through-only) of Test Iowa sites to accept walk-ups, the government program is discriminating against people with disabilities.

She says it's especially confusing because Governor Reynolds didn't address why they can't take walk-up appointments for Iowans whose disabilities may prohibit them from driving.

Justin says he has indeed tried other options of getting tested, including calling his local family practitioner, but the phone line has been busy for days, and the voicemails he left earlier were not returned.

He still hasn't been tested.

"I just want this thing out of me! You know, I don't wanna get someone sick," Justin said.

Now, he's left wondering what it will take to have the equal opportunity to keep himself and his family safe.

Local 5 reached out to Governor Reynolds' office for comment but did not year back by Wednesday evening.