AMES — It seems there’s an app for everything these days, so it shouldn’t surprise you that Iowa State has an app to help protect students. Local 5&... 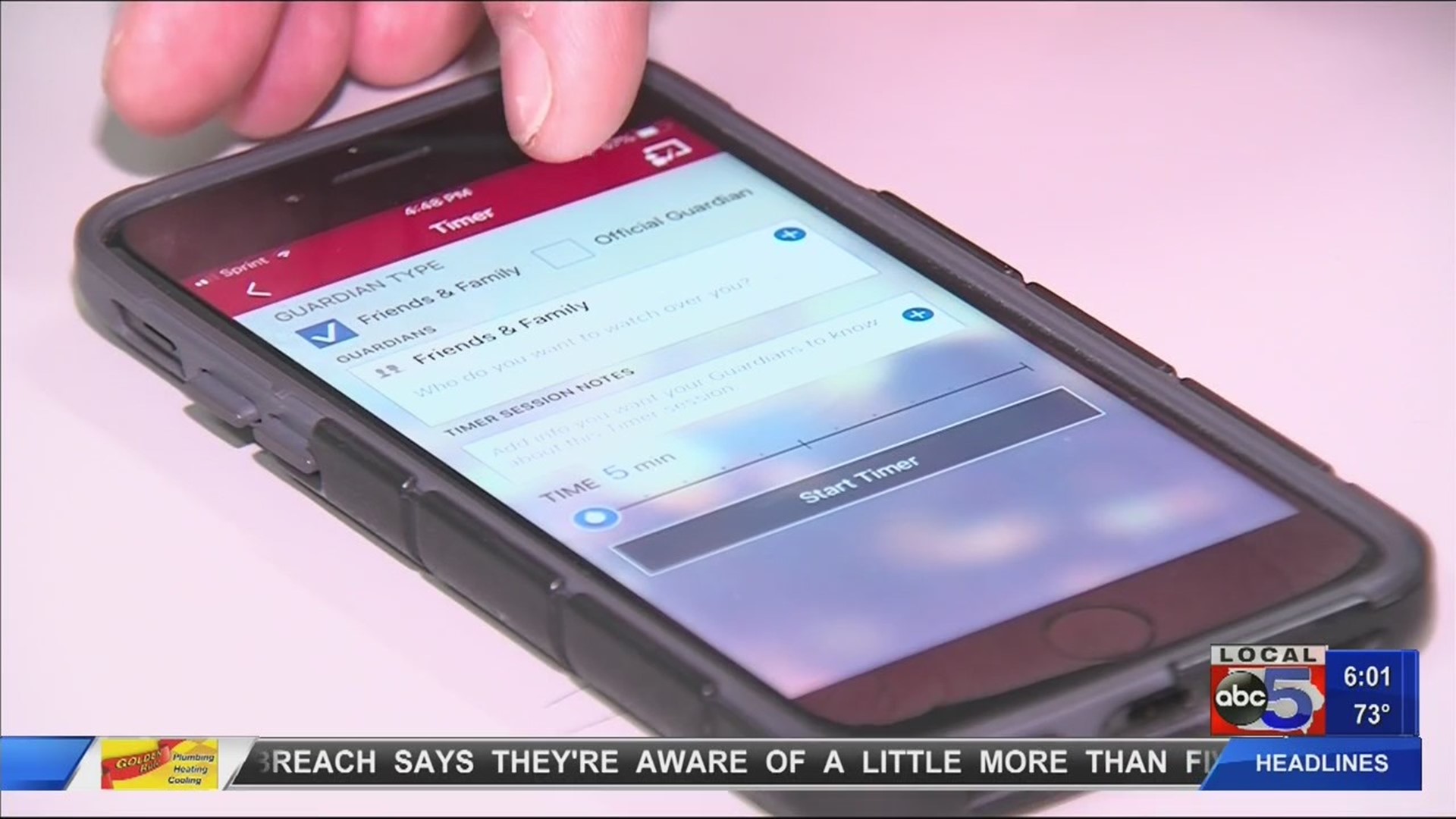 AMES — It seems there’s an app for everything these days, so it shouldn’t surprise you that Iowa State has an app to help protect students. Local 5’s Rachel Droze spoke with police about how the app works and how students can set up an account.

It can be nerve-racking for students walking home to their dorm rooms late at night.

That’s why police at Iowa State University are encouraging them to download the Guardian app.

School is back in session at Iowa State University and as classes ramp up, ISU Police Chief Michael Newton is reminding students to download their Guardian app.

“They can submit tips to us. There’s one touch calling of the police department so they can hit the button and they can call us.”

The app rolled out last year.

“We’ve had some good success thus far. We know people are using it. We’re able to track the statistics on that.”

One of the helpful safety tools on the app is the virtual tracker.

“The really nice thing about the safety timer piece is if while they’re walking, it gives us their geographical location. You pick who you want to share your route with, friends, family or the Iowa State Police, input how long it’ll take to get to your destination, then click start.”

ISU senior Austin Chesmore is glad the app is around not only for his fellow classmates, but for someone very close to him.

“I actually have a younger sister that goes here and I often have her call me when she’s walking home just to be sure somebody is on the phone with her so they know where she is or just so she feels a bit safer, so that sounds like a great thing for students. Especially new students who don’t know the area as well.”

Police say the most prevalent crimes at Iowa State are crimes of opportunity.

“People will leave their laptops just sitting and think they’re going to go to the bathroom for five minutes and then they come back and their laptops gone. Leave their vehicles unlocked, leave their dorm rooms unlocked, so we really emphasize if you want to keep your valuables, you need to lock them up.”

ISU Police Chief Michael Newton says there’s already a lot of users currently taking advantage of the app, but he hopes that more people will use it in the near future.

“We have over 700 active Guardian users, which is good for the first week of school. We will be doing some marketing to push that number up.”

Iowa State Police say during move-in weekend there were three theft reports on campus, one assault report and 47 alcohol-related charges.

Anyone that is a student at Iowa State can download the Guardian app.

To download the ISU Guardian app, search“Rave Guardian” in the Apple Store or in Google Play.