'It's Deja Vu all over again': Marshalltown cleaning up following 99 mph winds

A EF3 tornado tore the town apart in 2018, now residents are living through another disaster. 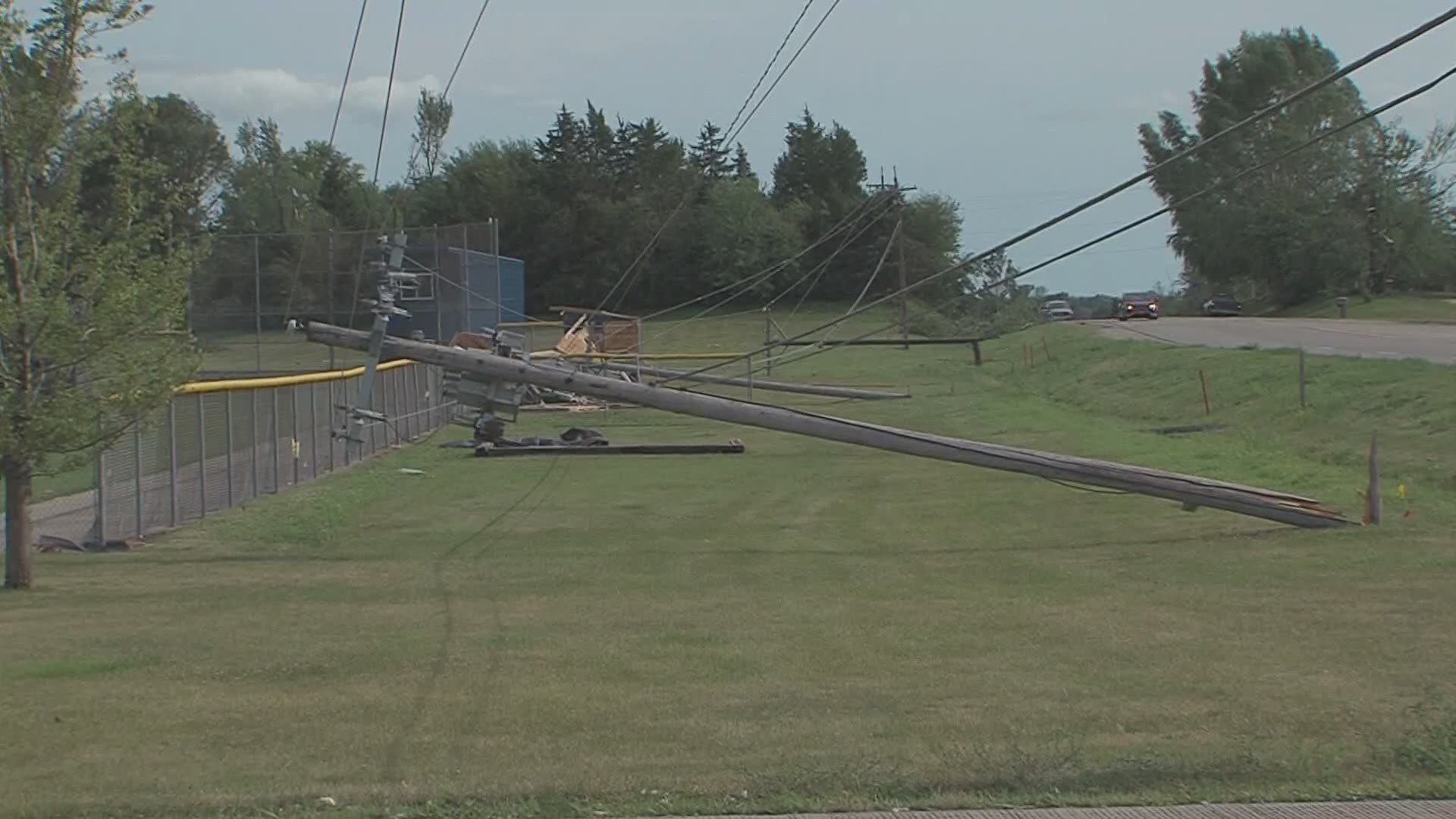 MARSHALLTOWN, Iowa — Just over two years ago, Marshalltown was in the middle of cleaning up after a EF3 tornado tore through the town. Monday night, residents found themselves doing it all over again.

"It's kind of like Yogi Berra was quoted as saying, 'It's Deja Vu all over again,'" said Marshalltown Mayor Joel Greer.

"There is a lot of damage, really high winds, and so yeah, this hurts."

Greer said it looks like the path of the damage may be more widespread this time around.

"Fortunately we've been through it before so we know what to expect, and we've got the right people handling it," Greer said.

Just got to Marshalltown—damage at Shawn Williams Field

But this time around, Greer says it'll be entirely up to the people of Marshalltown to pick up the pieces.

"Last time when there was a tornado, we had cars coming in, we had emergency vehicles coming in from all sorts of small towns and other counties around here," Greer said.  "[This time] they all got hit, so they are all staying put."

Base of a power line here in Marshalltown at Shawn Williams Field pic.twitter.com/MkJyBwax1h

The devastation left an eerie sense of familiarity for those who lived there when the tornado hit. For those who didn't, it's something different entirely.

Luis Mora bought a home in Marshalltown just last month, and he and his wife have only been living there for a matter of weeks.

Meanwhile, just a few blocks down, Harry and Betty Gray had to snap photos for insurance purposes after lost tree limbs scattered the front and back of their house.

"We ended up with a pair of cutters so we can get the front door open, because the only one we could get out of was the back garage door," Harry Gray said.

Mayor Greer says while the damage is widespread, he knows as long as they stick together, the resilience of Marshalltown's people will shine through this time around, too.

"Rely on your neighbors and families and friends like we did last time," Greer said.