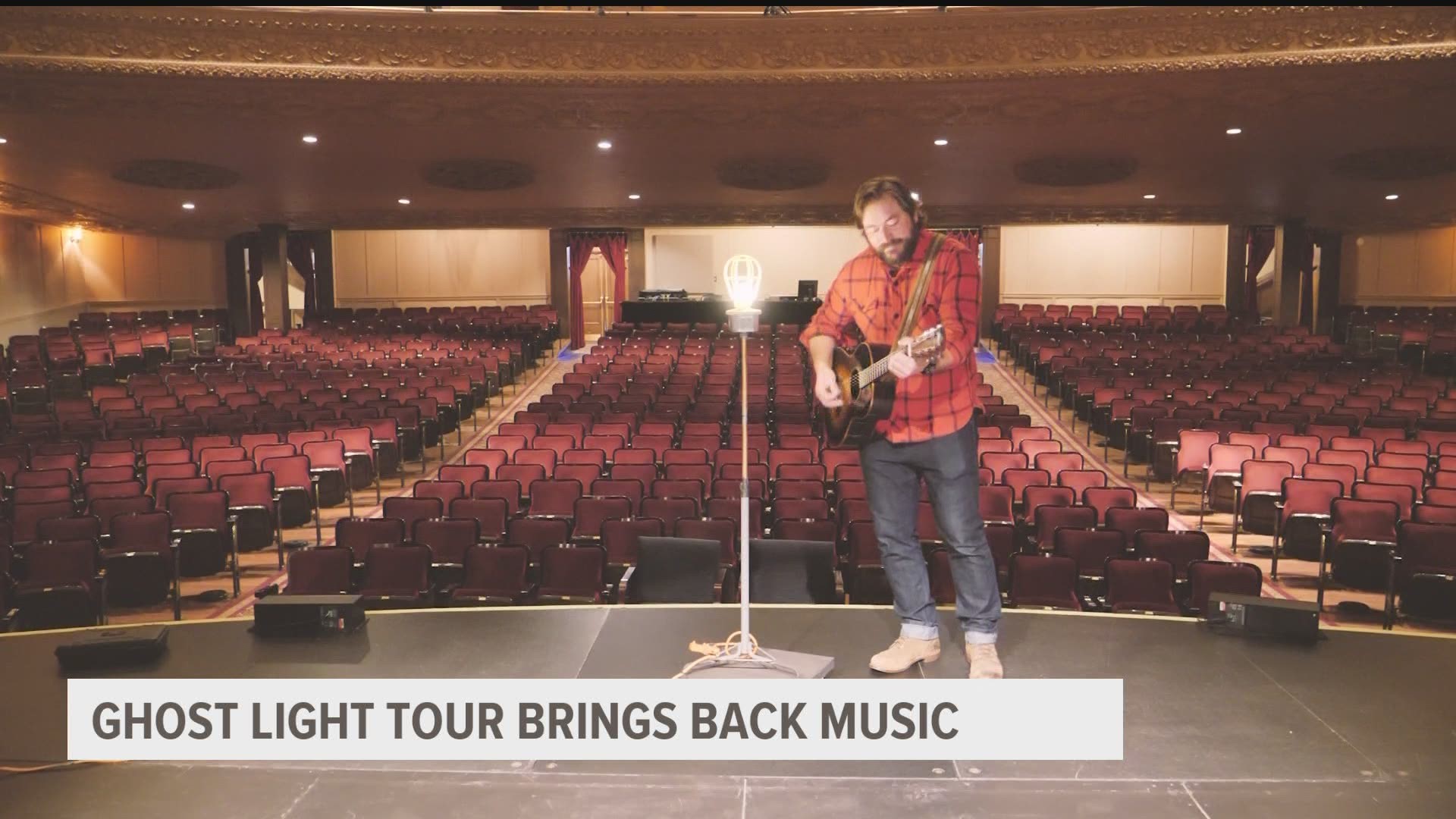 DES MOINES, Iowa — For the past 25 years singer/songwriter Jason Walsmith has followed his passion, but lately the road has changed

"I had plans to tour with the Nadas and we had fifty or sixty shows booked and the majority of those have canceled," Walsmith said.

By March of 2020, the global pandemic completely changed the music landscape across the country.

"It's forced me to adapt and reinvent myself a little bit," Walsmith said.

With large venues closed and live performances limited, Walsmith kicked off a new solo tour, traveling in a camper van he purchased to limit exposure to COVID-19.

"My wife Emma decided to name it Falkor after the luck dragon from the Never Ending Story," Walsmith said driving down I-235.

"We started the ‘I'll Play Anywhere Man Tour’ back in July and I feel like we've played anywhere and everywhere. We've done 30,000 miles since the end of June, beginning of July and we've been coast to coast," Walsmith said.

Somewhere along the way, he felt the need to bring music back into spaces left silent by the restrictions.

"With so many theaters and music venues being dark because of covid, I thought it was something we could do to bring a little life into the places that haven't seen any action for a while so that was the idea behind the Ghost Light tour."

Walmisth came up with the plan to play five shows hosted virtually inside historic opera houses across the state.

And like the ghost light inside each venue, Walsmith plans to keep on playing through the pandemic, wherever the next opportunity takes him - even if the seats are empty for now

"But we'll get there. I miss [the crowds] but there are parts of what we've been doing I love and will continue to do. This whole idea of the ‘I'll play anywhere tour’ in backyards, or cattle ranches in Montana or rooftops in Kansas City, I'm going to keep looking at interesting places to play for interested listening audiences,” Walsmith said.

A full list of performance dates and tickets are available at www.jasonwalsmith.com.