Fireworks season may be over, but a feud between a fireworks vendor and a neighbor continues in Washington, Iowa. 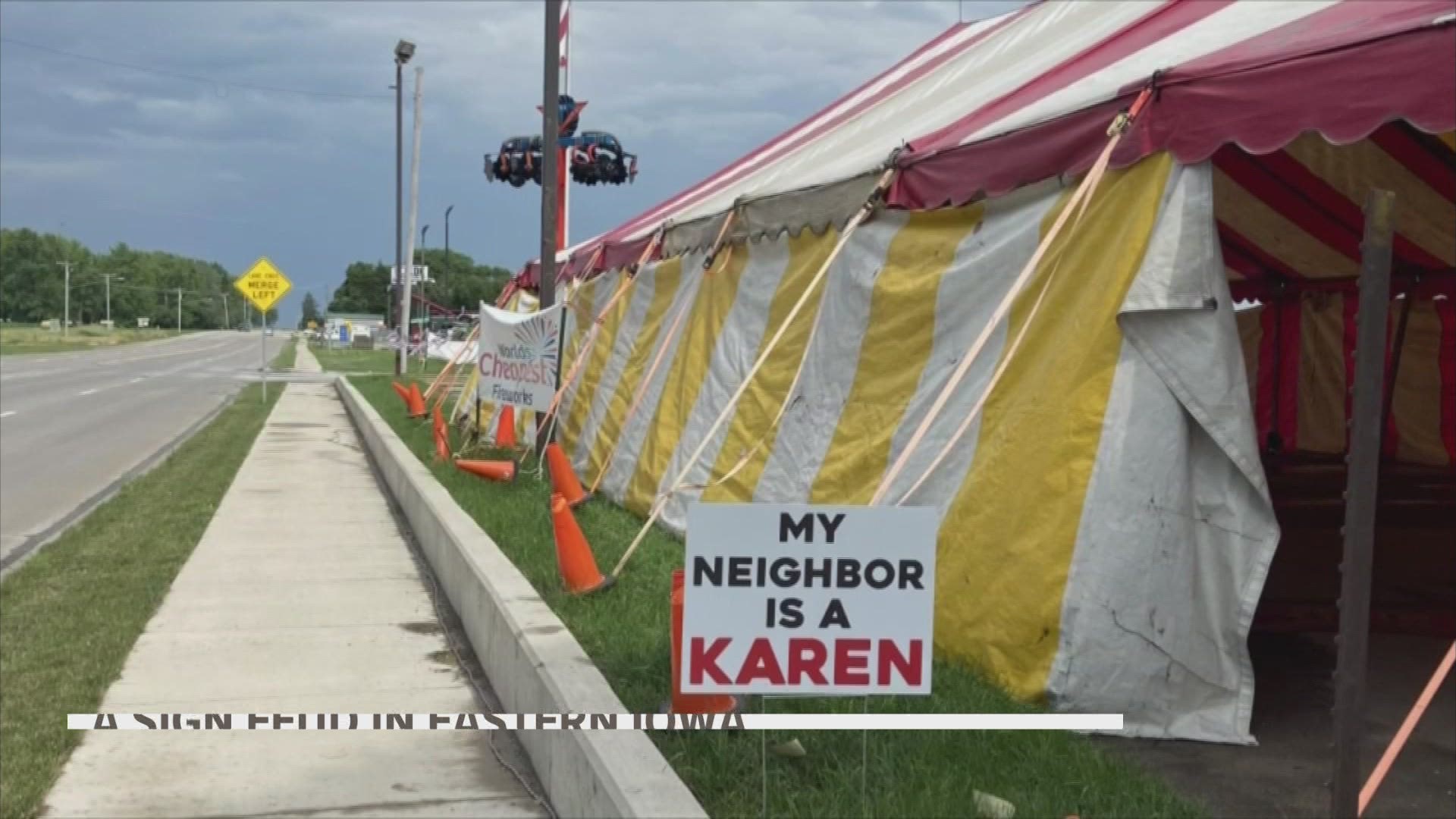 WASHINGTON, Iowa — Fireworks season may be over, but a feud between a fireworks vendor and a neighbor continues in eastern Iowa.

KCRG TV-9 reported a sign war between a Washington fireworks vendor and a nearby neighbor last month, and that fight ended up in front of the city council.

“I was tearing down my fireworks tent, and I found the “My Neighbor’s a Karen” sign, and it reminded me of when Council Member Steven Gault told me to take down the sign at a council meeting,” said David Robbs, owner of World’s Cheapest Fireworks in Washington.

Robbs had put the Karen sign on his property after a neighbor called the police on him six times. He took the sign down after a few hours but then put it back up because he felt his free speech right was being violated after council member Gault told him to remove it.

“Within a few hours I had a visit from Councilman Gault,” Robbs said. “He told me he was going to do his damnedest to make sure I don’t get a license to set up this year.”

TV9 says they reached out to the council member, but he declined an interview. Meanwhile, Washington Mayor Jaron Rosien said Robbs called to complain about the discussion he had with Gault after putting the sign-out.

“Our first amendment rights are protected,” Mayor Rosien said. “However, those rights aren’t without consequences.”

Rosien said the legalization of fireworks has not been a positive for the town, and not just for short-fused people. The city banned fireworks within city limits just last year.

“People with pets lose from them, people who get triggers from explosives lose, and people who have their property damaged lose,” he said. “The straw that broke the camel’s back was when a house caught fire last year."

Rosien also said the city didn't have control over where Robbs or other fireworks vendors could lease land to sell their products.

Robbs said he plans to reopen in Washington, but his concern over free speech remains.

“My thing was that he used his authority as a council member to specifically ruin a business that wasn’t even part of his ward,” said Robbs.