KNOXVILLE — A Knoxville puppy is in need of your help. This is Zena. She is a 6-month-old black lab/pit bull mix who has been abused. The puppy is now in foster... 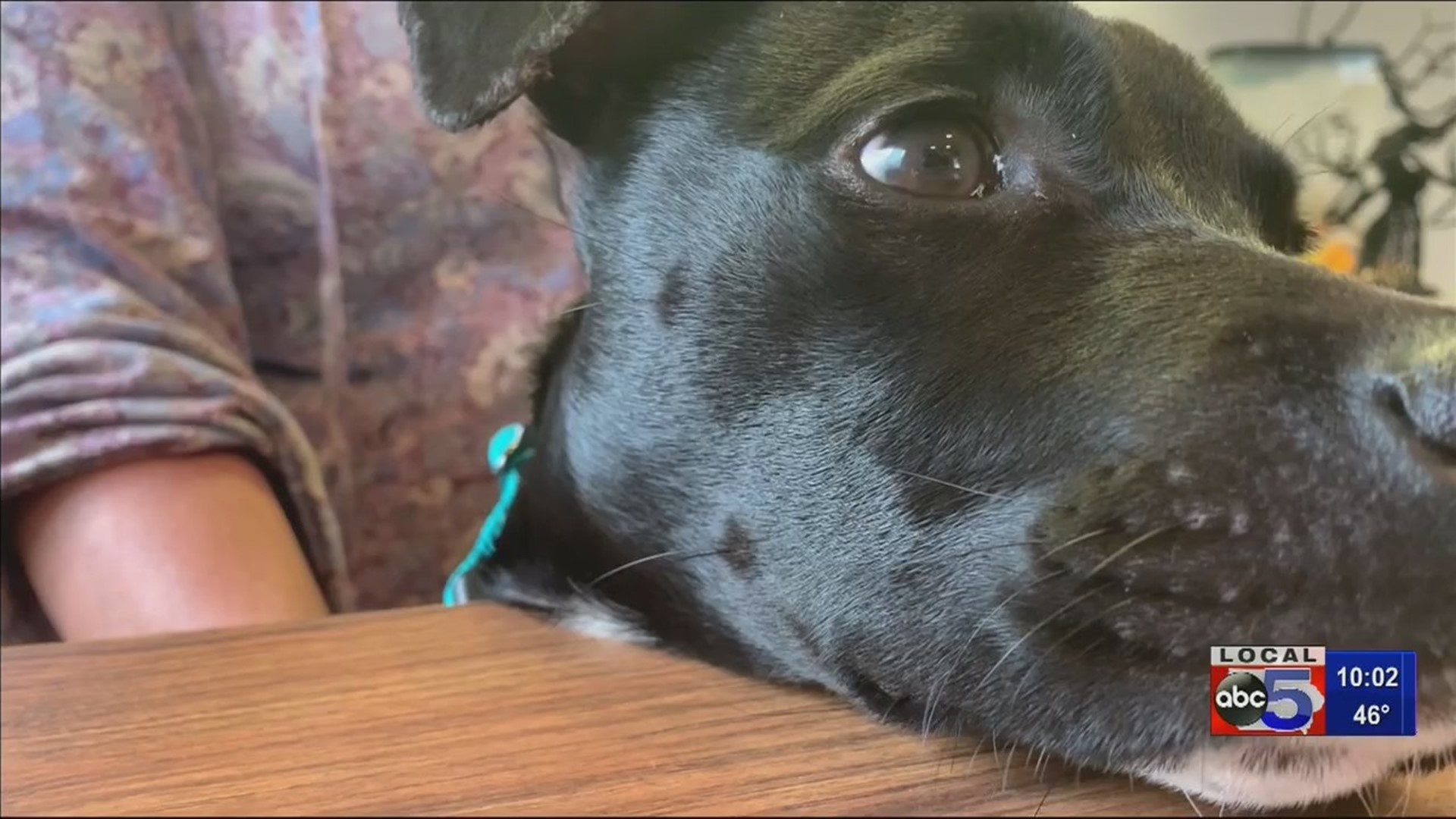 KNOXVILLE — A Knoxville puppy is in need of your help.

This is Zena. She is a 6-month-old black lab/pit bull mix who has been abused.

The puppy is now in foster care, under the care of the Marion County Humane Society. They decided to name her “Zena” after the warrior princess.

Knoxville Police tell Local 5 news they recovered Zena mid-October at the home of 36-year-old Nathan Adams, of Knoxville. Police say Zena was in a kennel in Adams’ basement, covered in her own feces and urine and unable to walk because of broken legs.

Investigators say a woman living in Adams’ home told them that she’d hear Adams regularly beat the dog, because he was frustrated that she was not potty trained.

Adams is now charged with one count of animal torture. Police have also charged him with four counts of harassment and one count of threat of arson for threatening to blow up the cars and homes of Knoxville police officers.

However, for Adams’ charge of animal torture, he only faces a misdemeanor charge, since it is his first offense.

Right now, Iowa and Mississippi are the only states in the nation where animal torture is only treated as a misdemeanor, as opposed to a felony.

Preston Moore, the Iowa State director for the Humane Society of the United States is encouraging Iowans to call their State Senators to pass House File 737.

That bill, which passed unanimously in the House in the 2019 legislative session, was stalled in the Senate by the end of this year’s session. If passed in 2020, people who are convicted of animal torture will receive a felony on the first offense.