The inmate was found unresponsive in his cell, and was pronounced dead when EMS arrived. 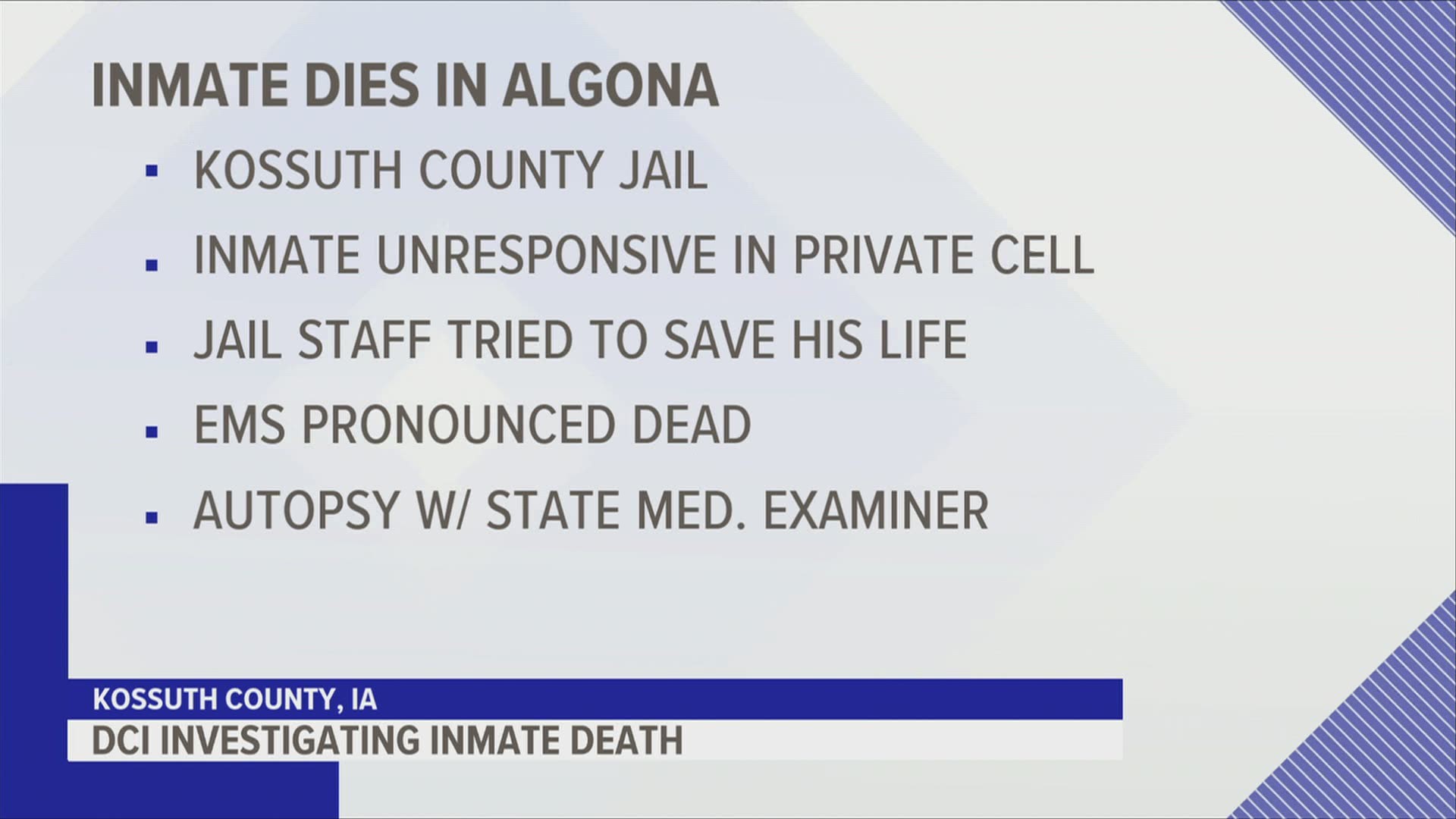 ALGONA, Iowa — A Kossuth County Jail inmate is dead, and the Iowa Department of Criminal Investigation (DCI) is investigating.

The inmate, male, was found unresponsive in his private cell by jail staff.  They performed life-saving measures, but he was pronounced dead after Algona EMS arrived.

The Kossuth County Sheriff's Office says the inmate's name is being withheld until the family can be notified, and that an autopsy will be scheduled with the State Medical Examiner.